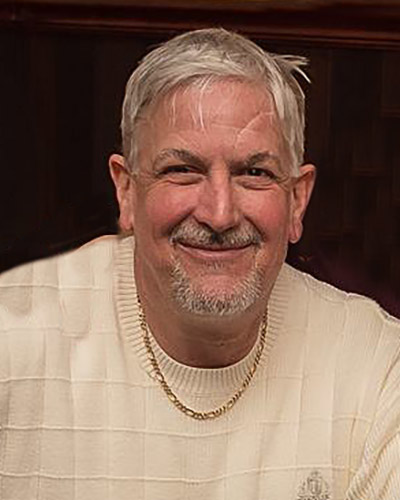 Six months ago, University of Maryland School of Medicine surgeon-scientists successfully implanted a genetically modified pig heart into a 57 year-old patient with terminal heart disease in a first-of-its-kind surgery. It was considered an early success because the patient lived for two months with a strong functioning heart showing no obvious signs of rejection, according to a new paper published today in the New England Journal of Medicine.

Prior to the transplant, Mr. Bennett was bedridden for eight weeks with a life-threatening arrythmia and was connected to a heart-lung bypass machine, called extracorporeal membrane oxygenation (ECMO), to remain alive. Within days of the transplant, he was weaned from ECMO and participated in active rehabilitation for nearly two months. He visited regularly with family members and sang along to “America the Beautiful” while watching the Super Bowl in February with his physical therapist. 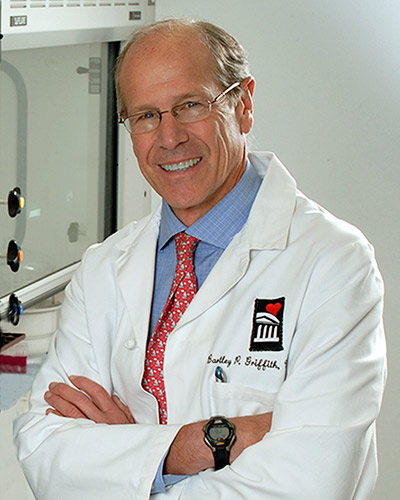 “We were incredibly encouraged by his progress. His heart was strong, almost too strong for his frail body, but he had a strong will to live. He told me he wanted to go home and see his dog, Lucky,” said study co-leader Bartley Griffith, MD, Professor of Surgery and The Thomas E. and Alice Marie Hales Distinguished Professor in Transplantation at UMSOM.

The transplanted pig heart functioned well for several weeks and displayed none of the typical signs of rejection by the patient’s body, even when it was carefully examined during an autopsy, according to the analysis in the paper. The surgeons concluded that the patient died of heart failure that was likely caused by a complex array of factors. 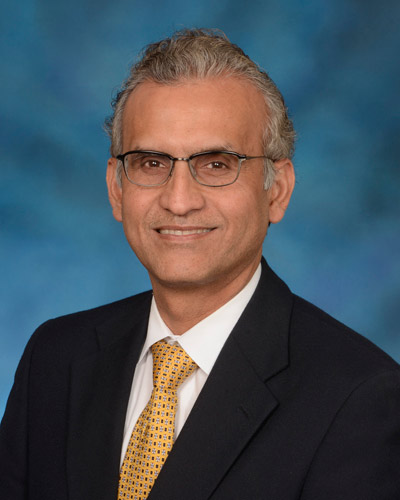 “We are very encouraged by this finding, and it suggests that the genetically-modified pig heart and the experimental drug we used to prevent rejection worked effectively in tandem to demonstrate that xenotransplants can potentially save future lives,” said study co-leader Muhammad M. Mohiuddin, MD, Professor of Surgery and Scientific/Program Director of the Cardiac Xenotransplantation Program at UMSOM.

About 110,000 Americans are currently waiting for an organ transplant, and more than 6,000 patients die each year before getting one, according to the federal government’s organdonor.gov. Xenotransplantation potentially could save thousands of lives, but it does carry a unique set of risks, including the possibility of triggering a dangerous immune response that can cause the body to reject the organ.

“Our findings on autopsy did not show evidence of rejection,” said Dr. Griffith, who is also the Clinical Director of the Cardiac Xenotransplantation Program at UMSOM. “Instead, we saw a thickening and later stiffening of the heart muscle leading to diastolic heart failure, which means the heart muscle was not able to relax and fill the heart with blood as it is supposed to.”

Several factors may have contributed to the development of heart failure, including the use of intravenous immunoglobulin, IVIG, a drug that was given to the patient twice during the second month after the transplant to help prevent rejection and infection. The drug contains antibodies against pig cells that may have interacted with the pig heart, causing a reaction that damaged the heart muscle. The heart was also found to contain evidence of DNA from a latent pig virus called porcine cytomegalovirus (pCMV) through highly sensitive testing that was first detected several weeks after the surgery and was later confirmed during autopsy of the organ.

The ongoing investigations have yet to find evidence that the virus caused an infection in the patient or infected any tissues or organs beyond the heart. Whether the latent virus caused damage to the transplanted heart, contributing to the heart failure, remains under investigation.

“We consider this to be an important learning experience,” Dr. Mohiuddin said. “Knowing what we know now, we will alter some of our practices and techniques in the future.” 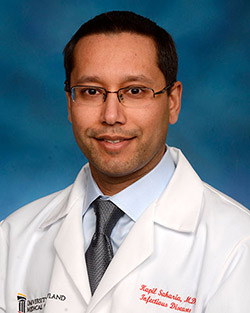 Before the surgery, infection control measures were carefully followed to help safeguard against known pig pathogens. The donor pig was raised in a facility using methods designed to prevent pCMV and other potential pathogens from infecting donor animals. The healthy donor pig used for the xenotransplant was screened for pathogens multiple times. It was tested just before shipment to Maryland, and just before the transplant a few days later, protocols that were accepted by the FDA.

“As a prerequisite of FDA emergency authorization, we put together a hospital infection prevention plan to safeguard against the transmission of any known or unknown porcine pathogens to hospital staff and other patients,” said study co-author Kapil Saharia, MD, MPH, Assistant Professor of Medicine at the Institute of Human Virology at UMSOM. The plan included special isolation procedures, use of personal protective equipment, special handling of patient samples, and sequestration of medical instruments and equipment used for invasive procedures. “These practices remained in place for physicians and hospital staff while Mr. Bennett was treated at the University of Maryland Medical Center,” said Dr. Saharia, who is also Chief of Solid Organ Transplant Infectious Diseases Service at UMMC.

As plans move forward for future clinical trials, more sophisticated testing techniques are being developed and validated to ensure that this virus or any other does not go undetected.

“We were pioneers with this first-in-the-world surgery, and we have learned so much from this experience,” said study co-author Christine Lau, MD, MBA, the Dr. Robert W. Buxton Professor, Chair of the Department of Surgery at UMSOM, and Surgeon-in-Chief at UMMC. “I think we have moved the field of transplantation one important step closer to making this a clinical reality for patients in need.”

“This publication will provide vital information for the xenotransplant research community and will play a pivotal role in pushing this field forward,” said E. Albert Reece, MD, PhD, MBA, Executive Vice President for Medical Affairs, UM Baltimore, and the John Z. and Akiko K. Bowers Distinguished Professor and Dean, University of Maryland School of Medicine. "I am so proud of the historic medical achievements made by these leaders in their field and hope these first brave steps, including the courage of Mr. Bennett, will lead to a long-term solution where no patient will die waiting for an organ transplant.”

“I applaud the many years of complex research and steadfast commitment behind this extraordinary scientific achievement,” said Bert W. O'Malley, MD, President and CEO, University of Maryland Medical Center. “We have entered a new era in organ transplantation. While we still have a road ahead before xenotransplantation becomes an everyday reality, this historic surgery brings a future many never thought possible within our reach.”

Additional UMSOM faculty co-authors on the paper include:

“This peer-reviewed publication represents the culmination of more than two decades of work by Revivicor scientists and provides the deepest insight yet into how xenotransplantation can successfully address the critical shortage of tolerable, transplantable organs,” said study co-author David Ayares, PhD, President and Chief Scientific Officer of Revivicor, Inc. UMSOM received a $15.7 million sponsored research grant to evaluate Revivicor genetically modified pig UHearts™ in baboon studies. “The learnings from this procedure, now available to the global scientific community because of the selfless gift of Mr. Bennett and his family, bring us one step closer to saving countless lives in the future.”

The University of Maryland Medical Center (UMMC) is comprised of two hospital campuses in Baltimore: the 800-bed flagship institution of the 12-hospital University of Maryland Medical System (UMMS) and the 200-bed UMMC Midtown Campus. Both campuses are academic medical centers for training physicians and health professionals and for pursuing research and innovation to improve health. UMMC's downtown campus is a national and regional referral center for trauma, cancer care, neurosciences, advanced cardiovascular care, and women's and children's health, and has one of the largest solid organ transplant programs in the country. All physicians on staff at the downtown campus are clinical faculty physicians of the University of Maryland School of Medicine. The UMMC Midtown Campus medical staff is predominantly faculty physicians specializing in a wide spectrum of medical and surgical subspecialties, primary care for adults and children and behavioral health. UMMC Midtown has been a teaching hospital for 140 years and is located one mile away from the downtown campus. For more information, visit www.umm.edu.

About the University of Maryland Medical System

UHeart is a trademark of Lung Biotechnology PBC.

Mohiuddin is listed on a patent application filed in connection with this procedure.

Resources for the Media: