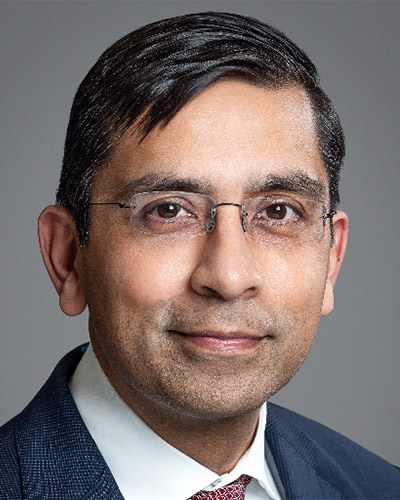 As many as 450,000 Americans die every year from a sudden, fatal heart condition, and in slightly more than one in ten cases the cause remains unexplained even after an autopsy. Researchers from the University of Maryland School of Medicine (UMSOM) and their colleagues found that nearly 20 percent of patients with unexplained sudden cardiac death – most of whom were under age 50 – carried rare genetic variants. These variants likely raised their risk of sudden cardiac death. In some cases, their deaths may have been prevented if their doctors had known about their genetic predisposition to heart disease. The study findings were published last week in JAMA Cardiology.

“Genetic screening isn’t routinely used in cardiology, and far too many patients still die suddenly from a heart condition without having any previously established risk factors. We need to do more for them,” said study corresponding author Aloke Finn, MD, Clinical Associate Professor of Medicine at UMSOM.

To conduct the study, Dr. Finn and his colleagues performed genetic sequencing in 413 patients, who died at age 41 on average of sudden unexplained heart failure. Nearly two-thirds of the group were men, and about half were African American. The study found that 18 percent of patients who experienced sudden death had previously undetected genes associated with life-threatening arrhythmia or heart failure conditions. None of those who carried these genetic variants had been previously diagnosed with these abnormalities. Their hearts looked normal on autopsies without any signs of heart failure or significant blockages in their coronary arteries.

“What we found opens the door and asks some important questions,” said Dr. Finn. “Should we be doing routine genetic screening in those who have a family history of unexplained sudden cardiac death?”

Such screening could have the potential to save lives. It may also leave patients and doctors in a quandary over what to do with such information. There are currently no clear guidelines on how to monitor or treat patients with these variants in the absence of clinically detectable disease.

“This is a fascinating study that provides important new insights into devastating deaths due to unexplained cardiac abnormalities,” said E. Albert Reece, MD, PhD, MBA, Executive Vice President for Medical Affairs, UM Baltimore, and the John Z. and Akiko K. Bowers Distinguished Professor and Dean, University of Maryland School of Medicine. "It certainly makes the case for more research to address this urgent health need and save lives in the future.”