Members of the Class of 2023 Receive Their First White Coats

“Today marks a major milestone in what will surely be a momentous and lifelong journey,” said E. Albert Reece, MD, PhD, MBA, Executive Vice President for Medical Affairs, UM Baltimore, and the John Z. and Akiko K. Bowers Distinguished Professor, and Dean of the School of Medicine. “One hundred and fifty of you sit here today. Each one of you has earned your place in this class, and indeed in today’s ceremony.”

The White Coat Ceremony has been an annual tradition at the School of Medicine since 1997. During this event, first-year medical students are presented their first white coats, which have long been the symbol of physicians’ and scientists’ induction into the medical profession. The event, which was sponsored by the Whiting-Turner Contracting Company, is also intended to serve as an opportunity for families of first-year medical students to gain a glimpse of what medical school is really like.

During the ceremony, coats were put on first-year medical students by School of Medicine house leadership faculty to welcome their junior colleagues to the profession of medicine. After being "coated," students recited a Code of Honor acknowledging their acceptance of the obligations of the medical profession.

Among the students receiving their white coats was Margo Huffman.

“My future in medicine was sparked around the age of 13 when I began volunteering for a non-profit in Baltimore,” said Margo, who as a young adult spent many summers assisting critically ill children and their families. “Although I loved supporting patients and helping them cope with treatment, I wondered how I could play a direct role in their journey to recovery.” Margo’s desire to become a physician was later solidified after shadowing a psychiatrist. “I started noticing all of the complex and interconnected social and biological factors involved in the delivery of patient care.”

A first-generation college graduate, Margo received her Bachelor of Science degree in Physiology & Neurobiology at the University of Maryland College Park (UMCP). Although she is currently unsure of what specialty she would like to pursue, Margo looks forward to the exposure medical school will offer. “The future is still very up in the air for me!” she said. “While this path will be challenging, I'm excited to be entering into a profession in which I will constantly learn and grow into a better person and better physician.” 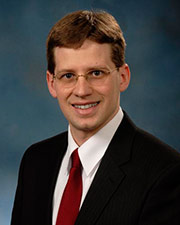 Like Margo, Cameran Burt’s interest in medicine began at a very young age. “Around that time, I discovered my passion for service and scientific problem solving, and how medicine would allow me to combine the two,” he said. Also, a graduate from UMCP, Cameran spent a year conducting research in the lab of Frank Henn, MD, Associate Professor of Orthopaedics, after completing his degree in Neurobiology and Physiology. He looks forward to a career in academic medicine and hopes to inspire future physicians of color. “One of my passions is increasing the number of underrepresented minorities in medicine so that physicians reflect the diverse patient population we serve,” he said. “I look forward to being involved in these efforts not only as a medical student, but throughout my career.”

A New-York native, Suneet Waghmarae discovered his passion in medicine as an undergraduate student at the University of Rochester. “Medicine was intriguing at the time because I saw how it incorporated the natural sciences, social sciences, and humanities,” he said. Prior to arriving at UMSOM, Suneet spent two years working as a medical assistant at a private dermatology practice in Massachusetts. “Those years were instrumental in my decision to apply to medical school,” he explained. “It taught me the skills sets physicians needed to have in order to deliver effective and compassionate care.” Suneet also looks forward to career in academic medicine and hopes to share his knowledge and experiences with the next generation of physicians. 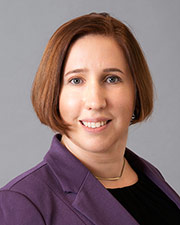 At the ceremony, Kimberly Lumpkins, MD, Associate Professor of Surgery, encouraged the class to realize their promise. “By becoming a physician, you have been given an incredible gift,” she said. “You all have been given a gift of purpose. Never lose sight of that.” 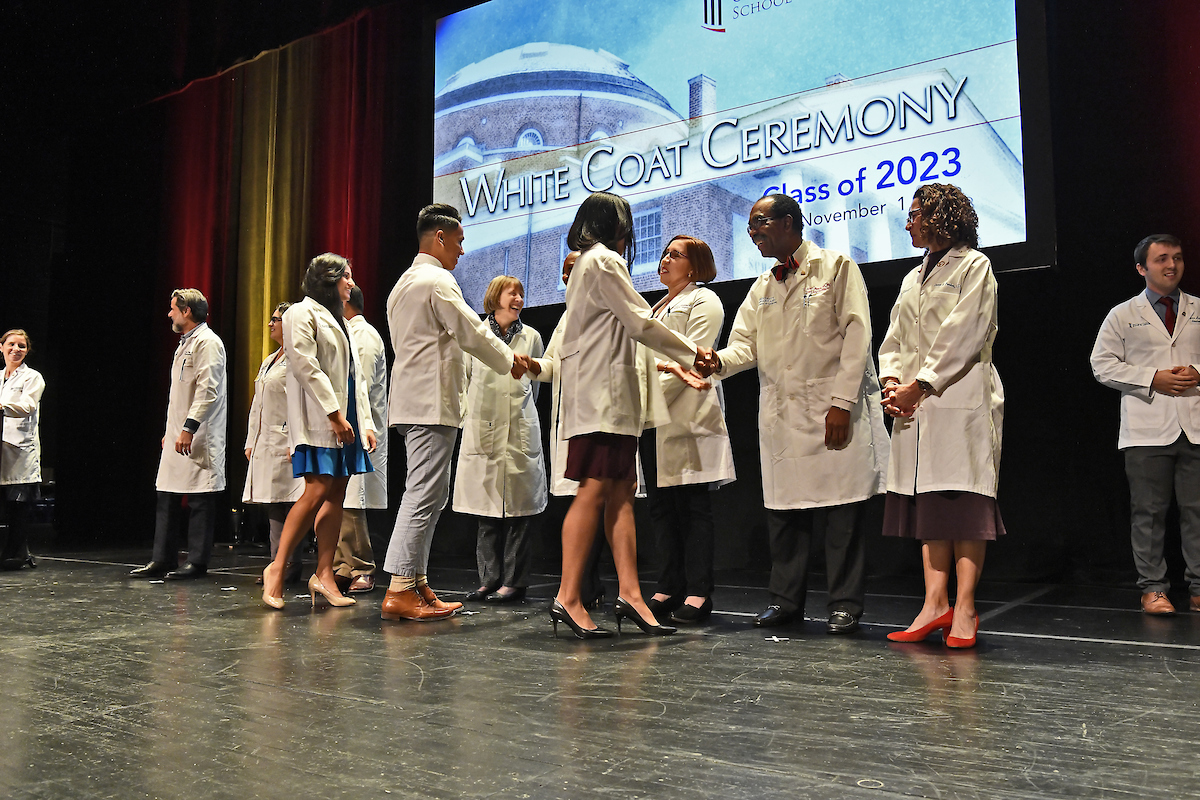 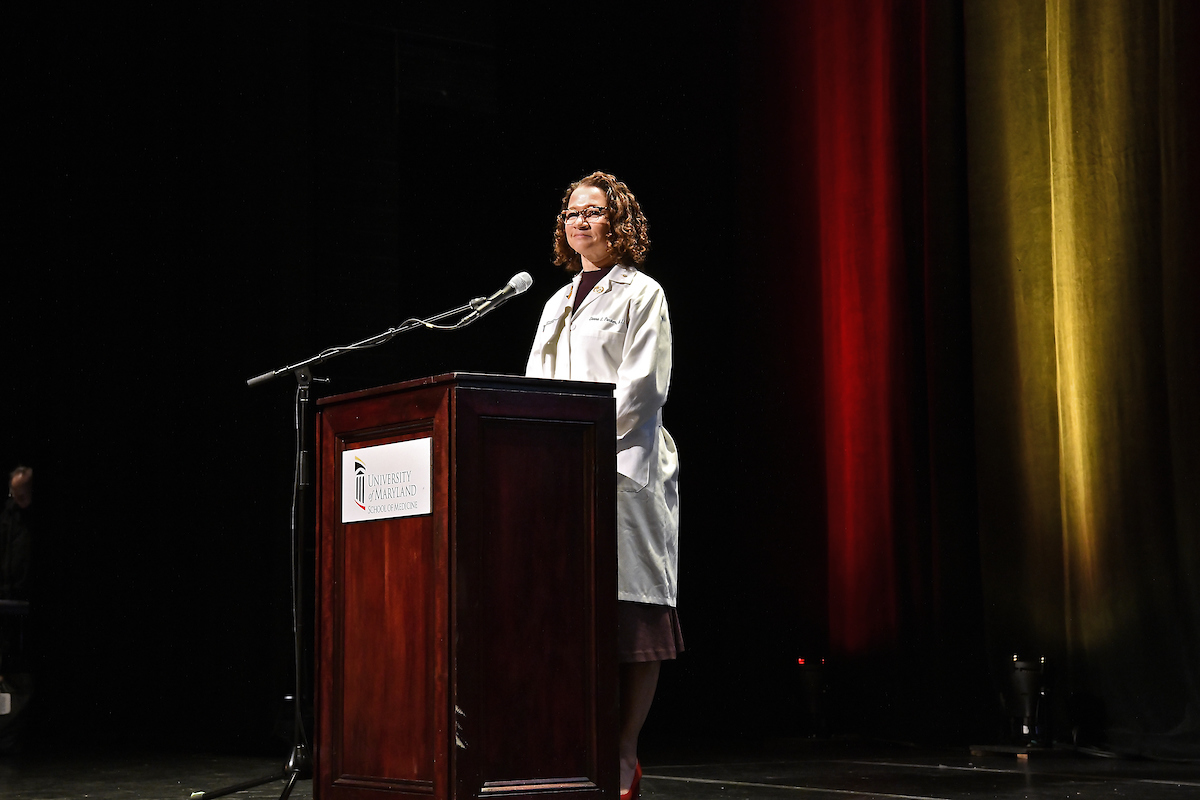 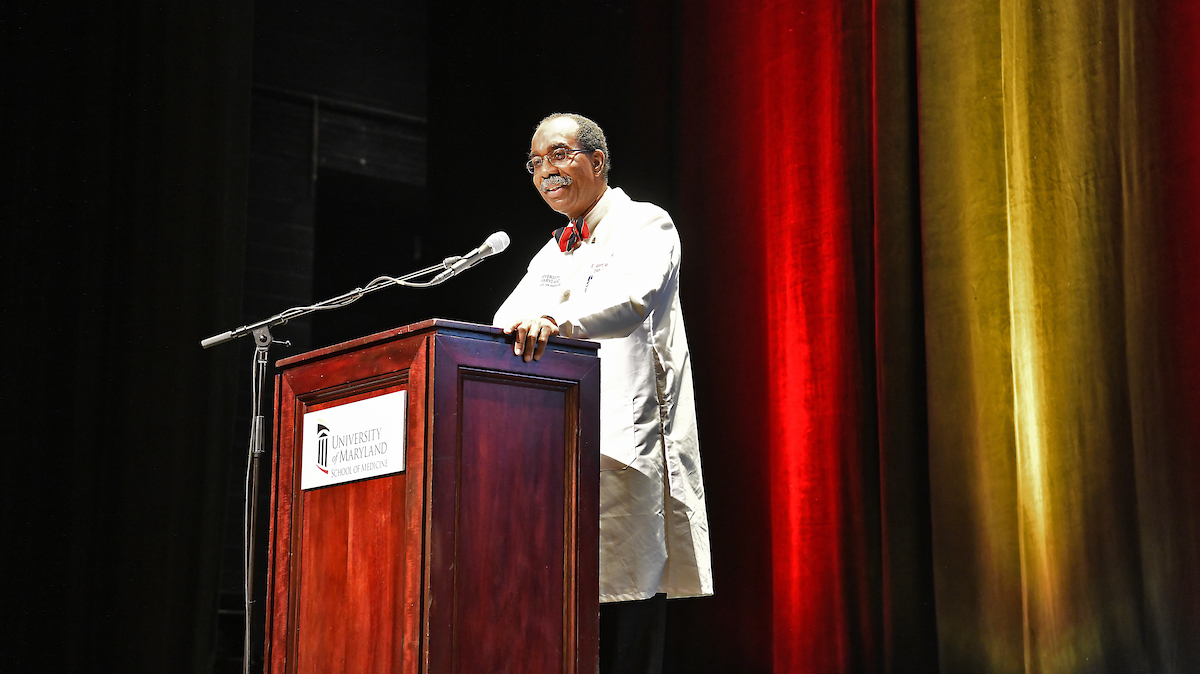 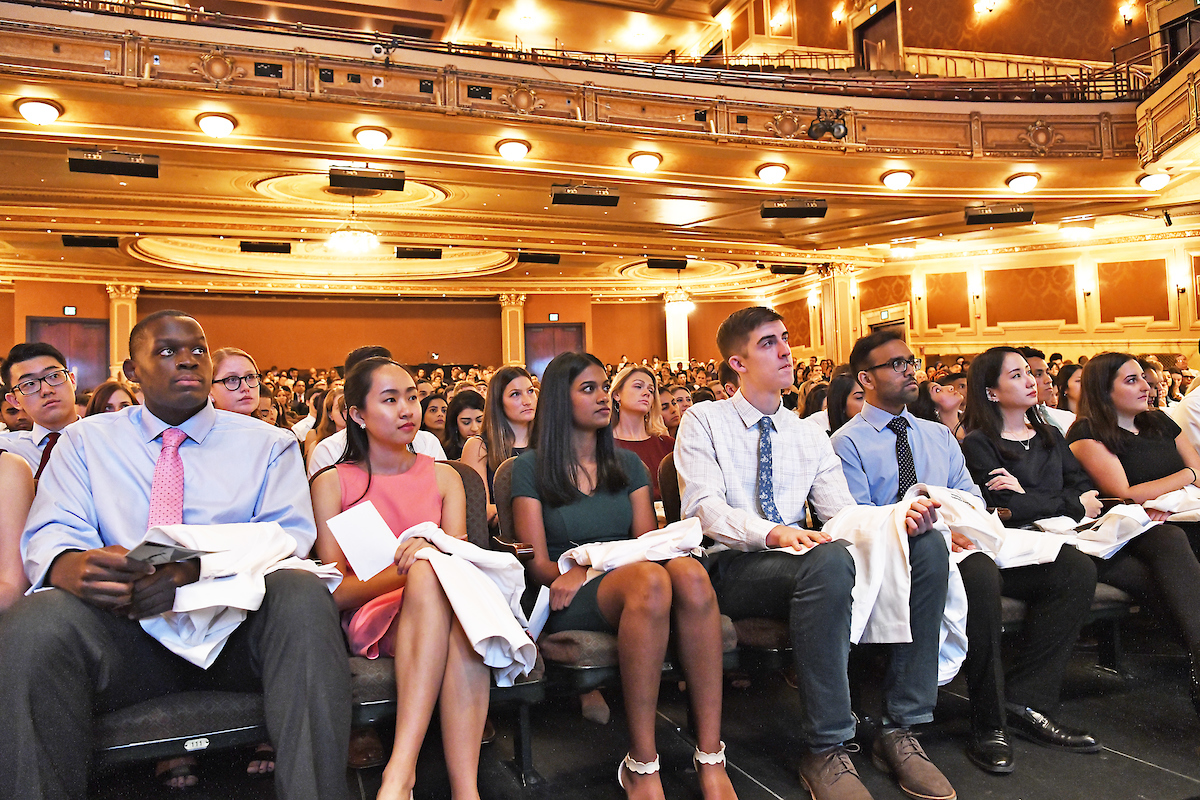 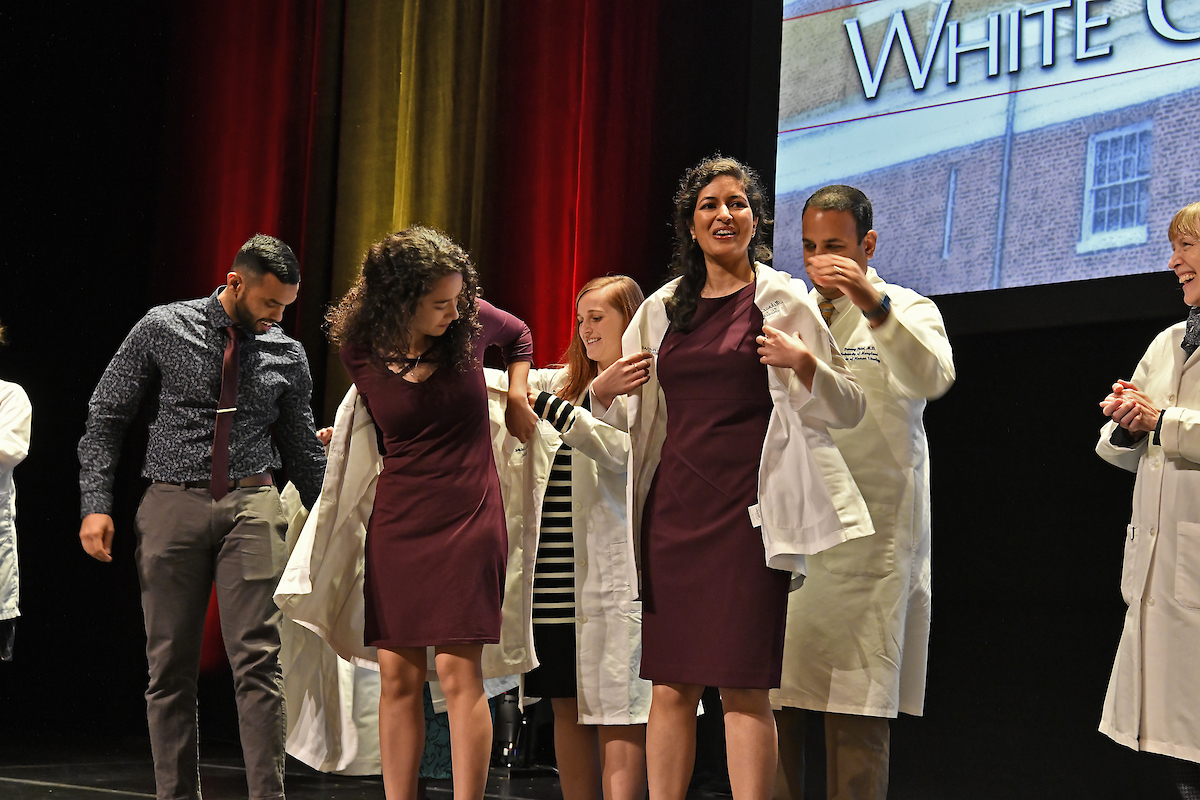 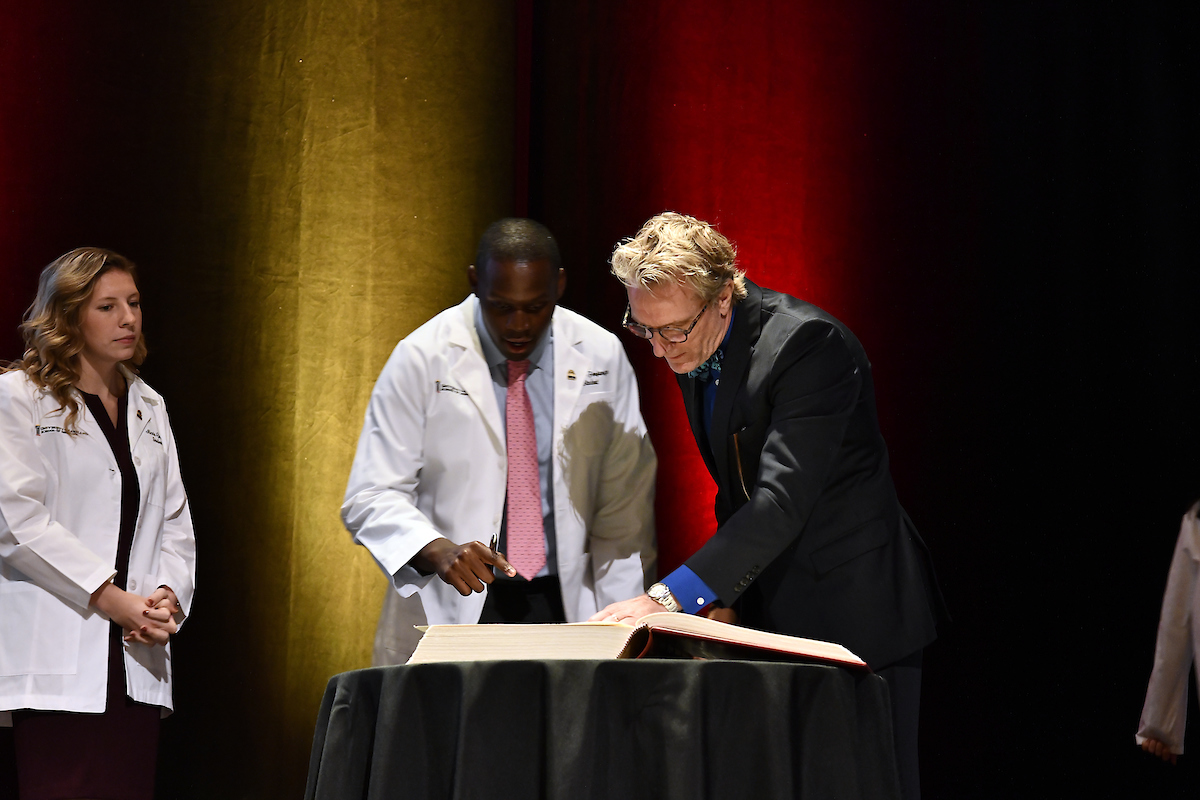 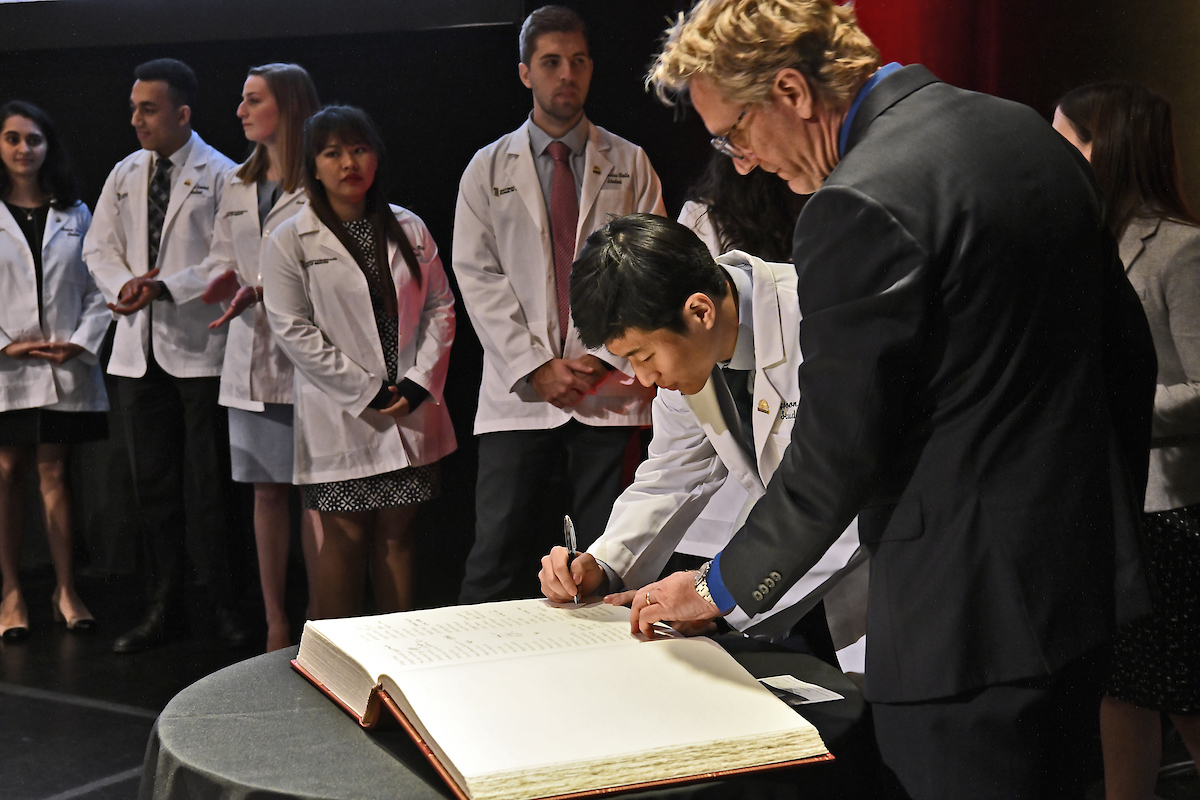 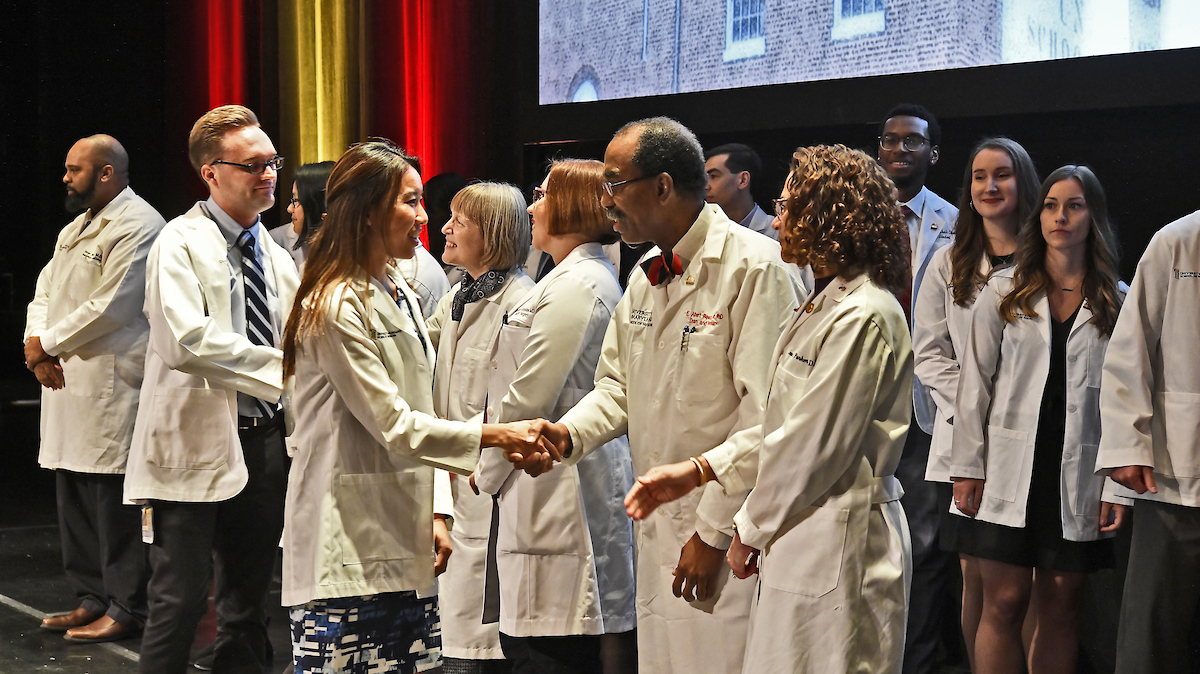 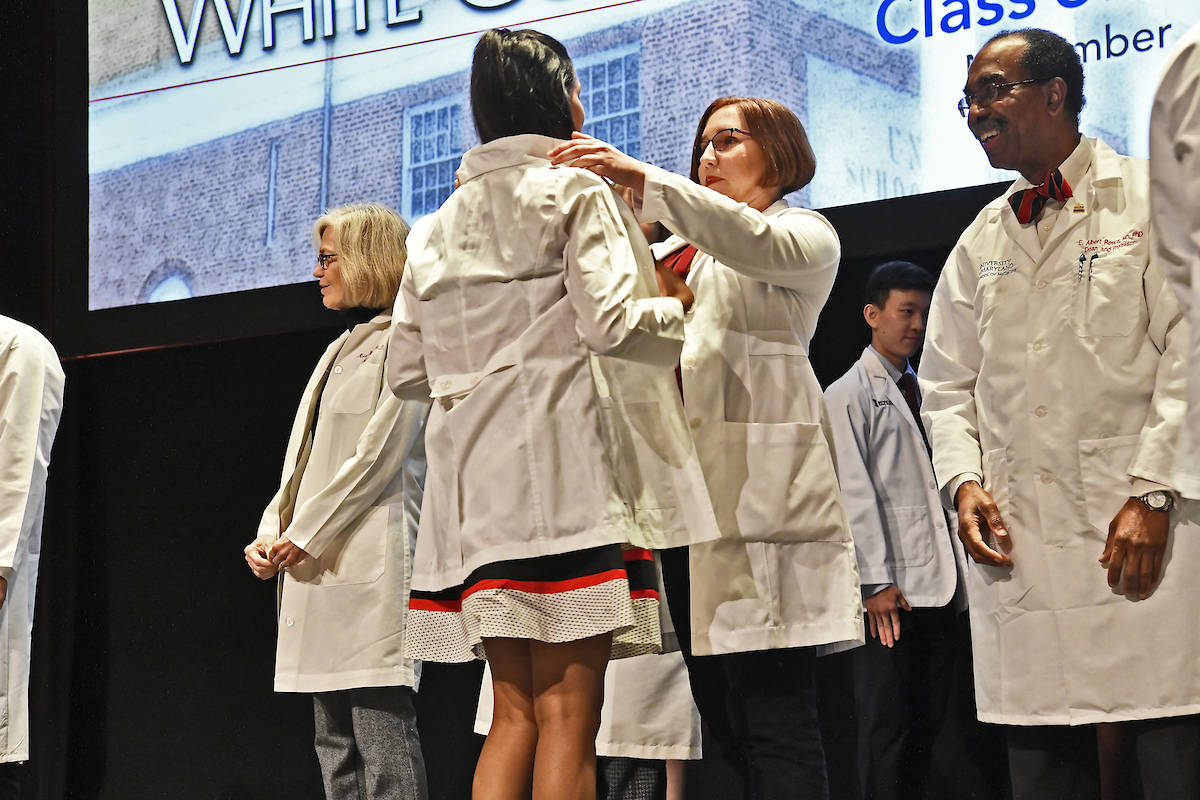 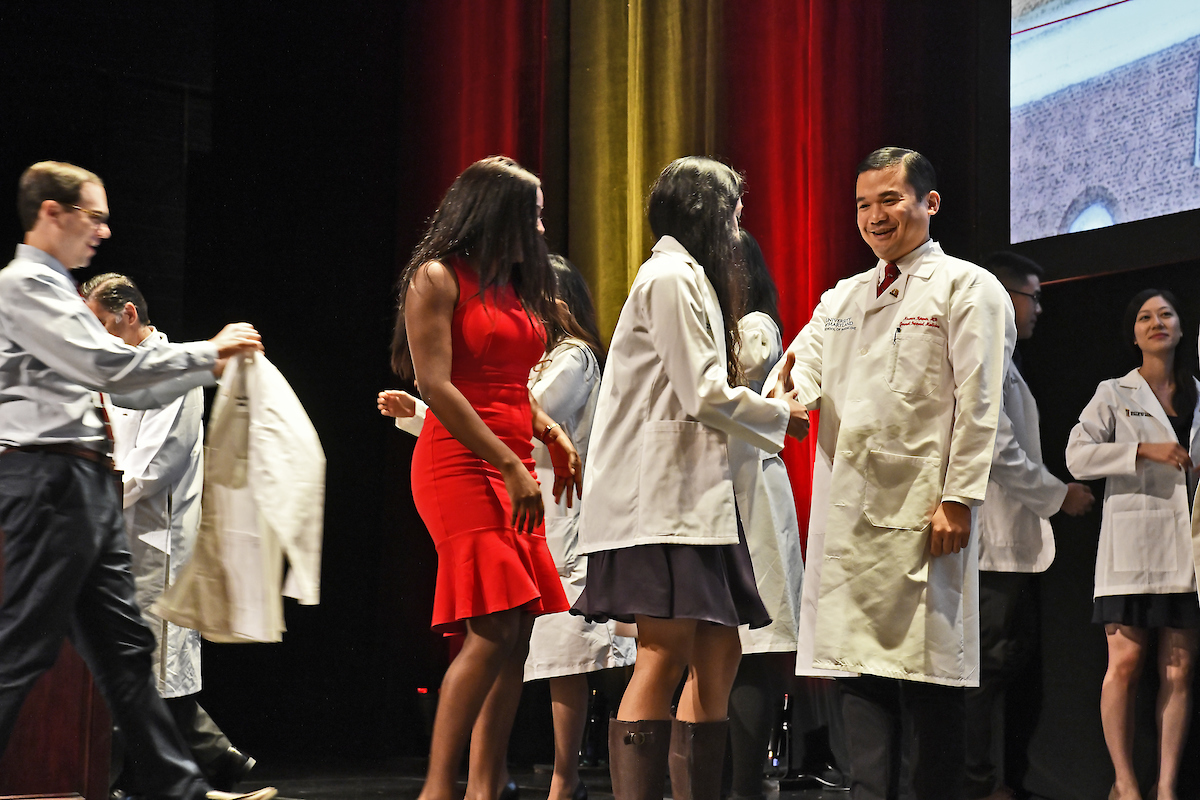 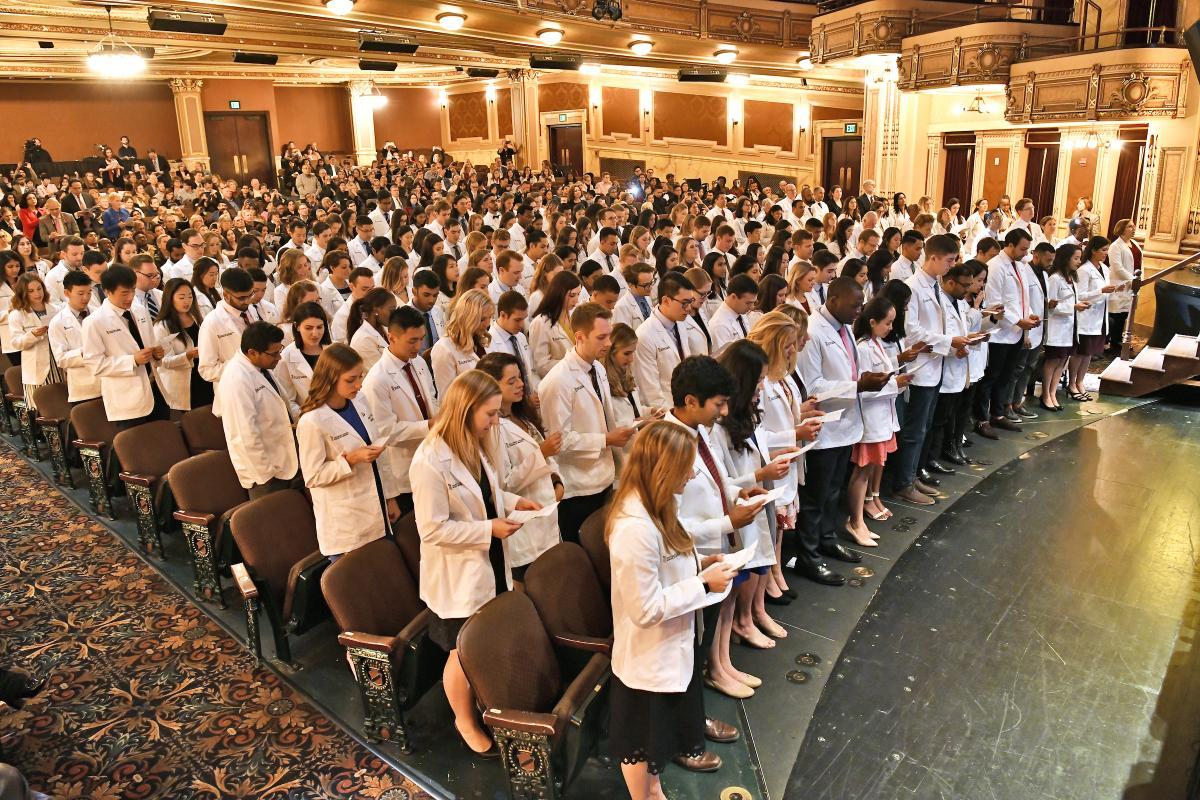 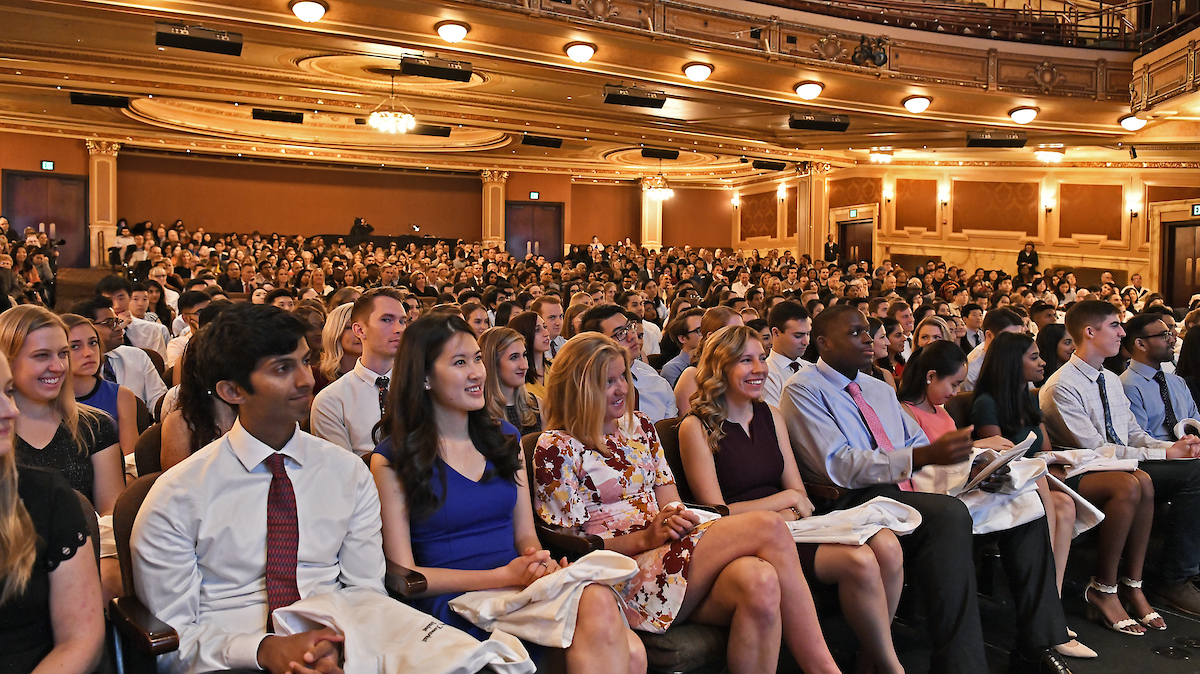 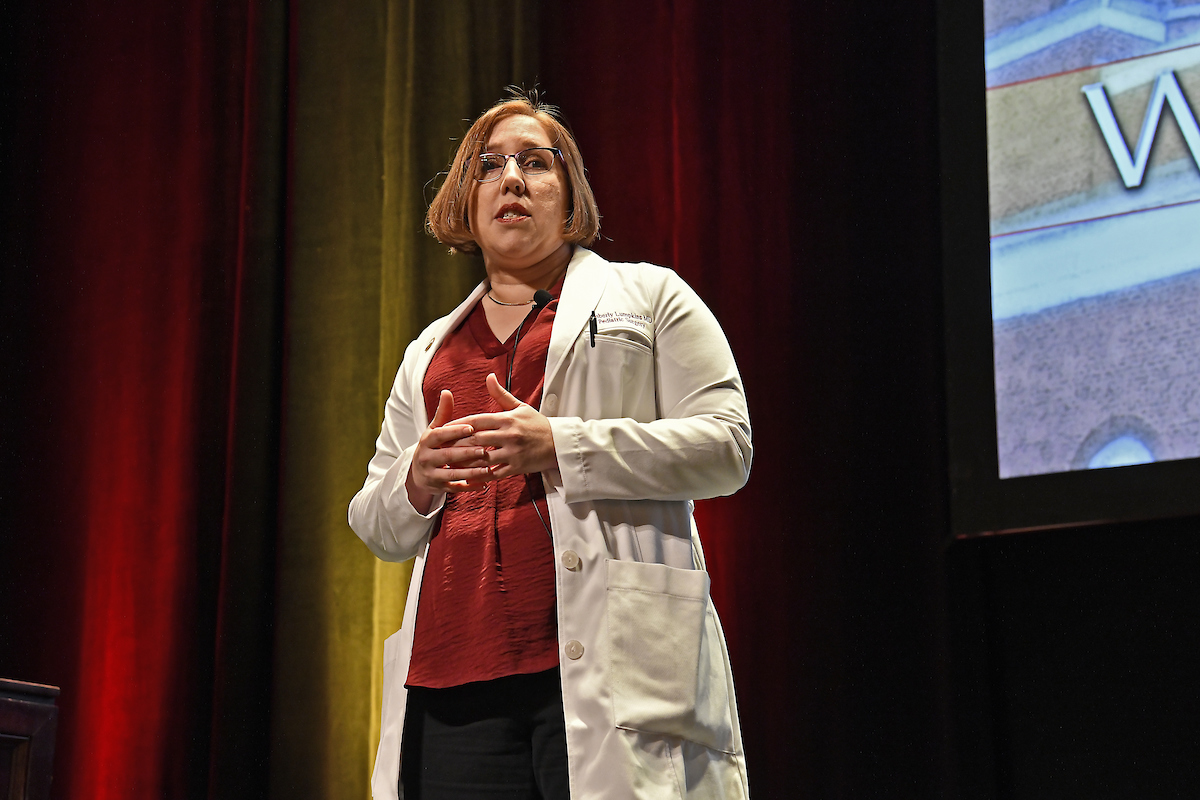 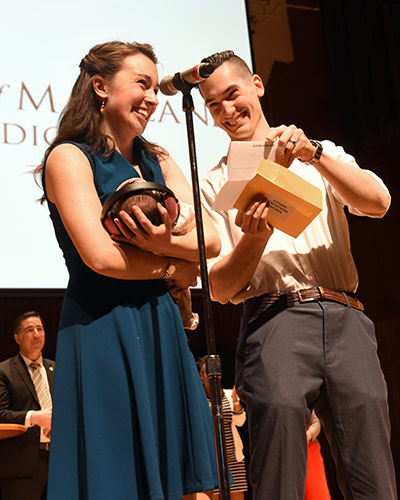 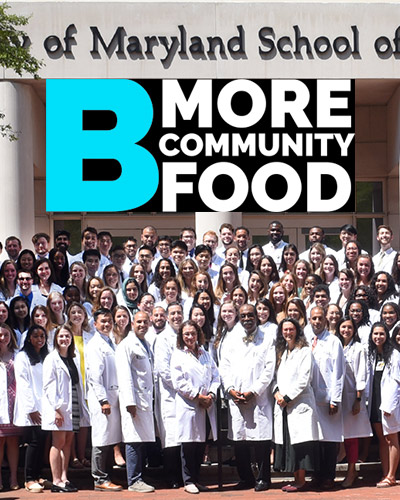 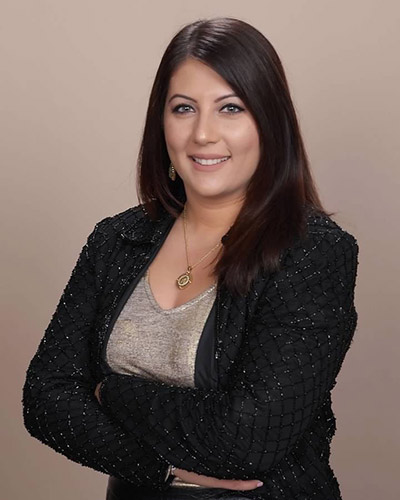 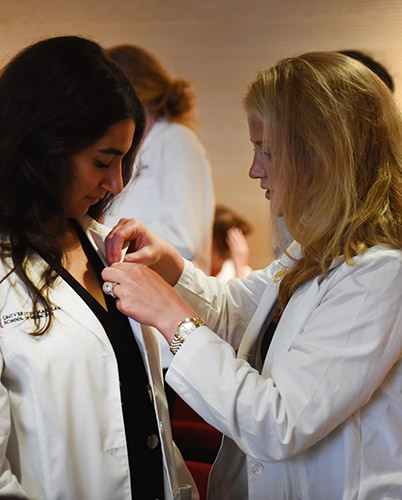 The annual Student Clinician Ceremony at the University of Maryland School of Medicine (UMSOM) was held in Leadership Hall on July 2, 2021, to formally welcome the third-year medical students to their clinical rotations. In their rotations, students begin seeing patients alongside doctors and residents as they gain experience in primary care and medical specialties. 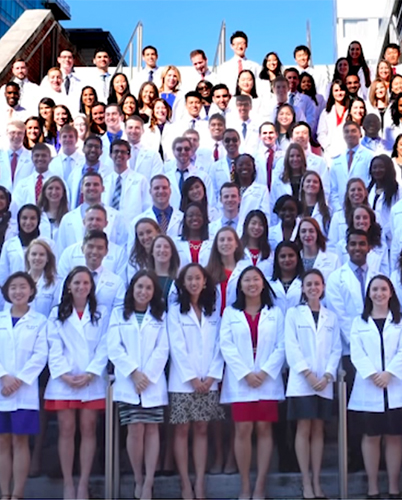 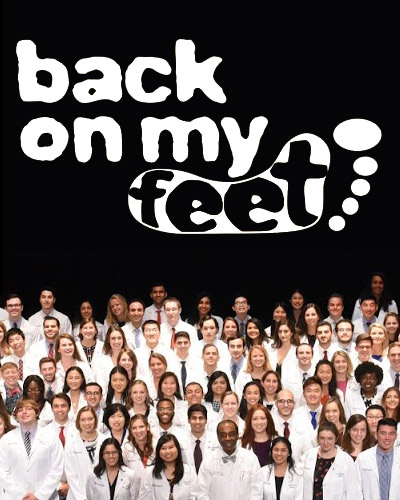 “Our class is very excited about hosting this year’s auction,” says Malina Howard, Class of 2022 MD candidate at the University of Maryland School of Medicine (UMSOM). “It is going to be a big team effort!” Malina is speaking about the preparations for the Annual Second Year Medical Student Auction, which will be held Thursday, February 20, 2020, from 5:30 to 7:30 pm at the Southern Management Corporation (SMC) Campus Center, 621 W. Lombard Street, Baltimore, MD 21201. This event is open to parents, students, faculty, and staff. 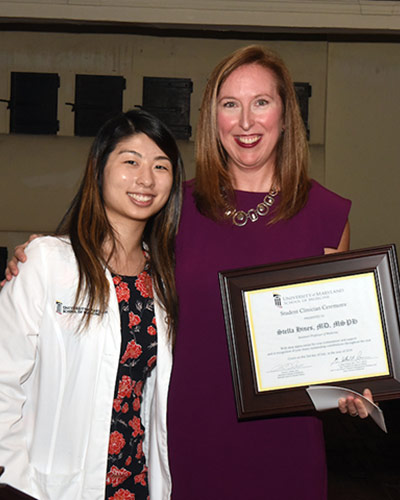 The Annual Student Clinician Ceremony was held today, to mark the Class of 2021 progression from basic sciences classroom instruction to their clinical years of medical education. The Class gathered in Davidge Hall, to hear inspirational messages from their mentors and revisit the Hippocratic Oath taken during the White Coat Ceremony. 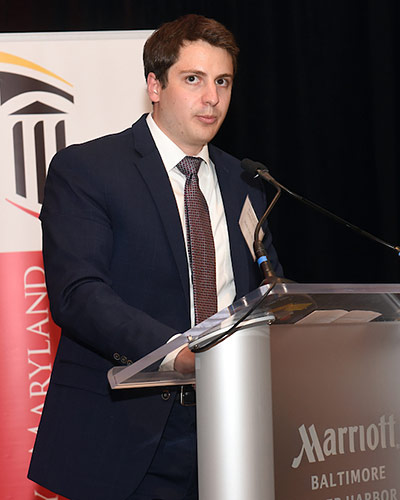 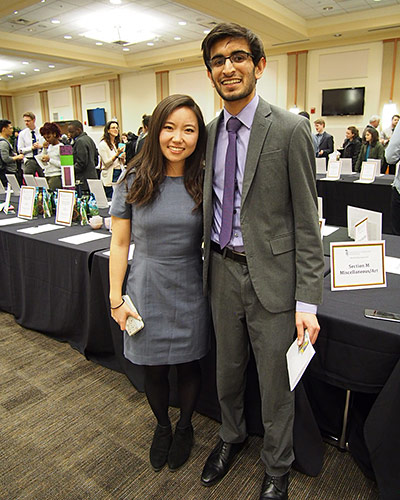 “The Annual Student Auction is a phenomenal way to bring the School of Medicine community together to support a meaningful cause,” says Saif Yasin, Class of 2021 President, and MD/PhD student at the University of Maryland School of Medicine (UMSOM). 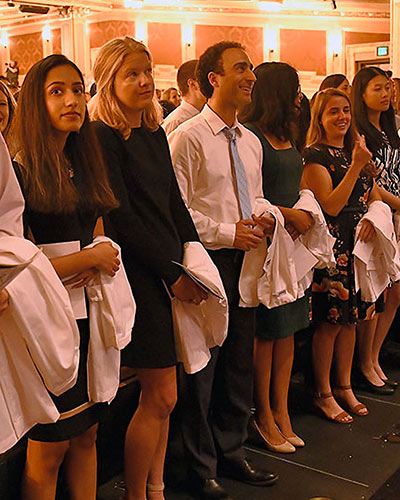 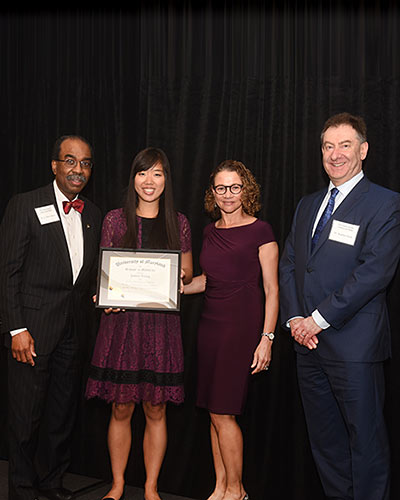 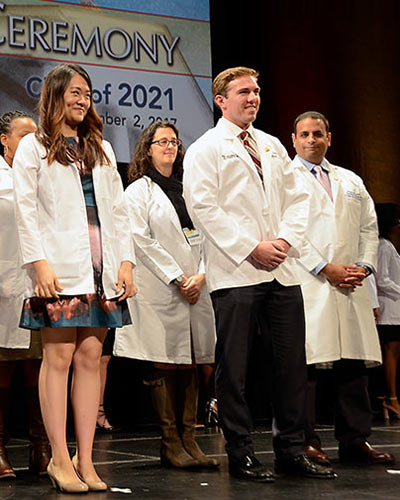 The Class of 2019 Celebrates Their White Coat Ceremony

Medical Family Day was held on November 5, 2015 at the Hilton in downtown Baltimore. This special event, which was sponsored by the Whiting-Turner Contracting Company, gives family members of first-year students a glimpse into what medical school is really like for the students.