Samba Sow, MD, MSc, Director General of the Center for Vaccine Development in Mali (CVD-Mali), and Adjunct Professor of Medicine at the University of Maryland School of Medicine (UM SOM), has been named the Minister of Health for Mali.

Prior to his appointment, Dr. Sow served as the Director of the National Center for Disease Control in Mali, as well as a special advisor to the President of the Republic of Mali, His Excellency Ibrahim Boubacar Keïta. “Dr. Sow is the ideal person for this position,” said Center for Vaccine Development (CVD) Director Kathleen Neuzil, MD, MPH, FIDSA. “He has dedicated his career to protecting and fostering the health of Malians.” His work spearheaded the introduction of lifesaving vaccines for children and adults in Mali and has been an example for other African countries.

Dr. Sow, who is an active faculty member, began his collaboration with CVD in 2001. CVD-Mali is an integral part of the organization. CVD itself is part of the UM SOM Institute for Global Health (IGH), which develops new and improved ways of diagnosing, preventing, treating, controlling, and eradicating diseases of global impact.

Dr. Sow is recognized for his vigilance fighting the Ebola epidemic in 2014. He led the Malian response to the outbreak, and aided neighboring countries and the World Health Organization. Specifically, Dr. Sow worked with the Malian government, community leaders and medical professionals to set up a surveillance and containment network, emergency hospital unit, and border screening system. With this unflagging effort, Mali contained the epidemic, which infected more than 28,000 people and killed more than 11,000 in West Africa; by contrast 8 people in Mali were infected and 6 died.

Dr. Sow’s other accomplishments include leading clinical trials that resulted in the introduction of the Meningitis A vaccine to areas of Africa where the deadly disease was once common. More than 220 million people have received this vaccine in 26 countries. In Mali, he has played a key role in introducing vaccines against rotavirus and pneumonia.

Dr. Sow received his MD degree from the Ecole Nationale de Medecine et Pharmacie du Mali, and his MSc degree from the London School of Hygiene and Tropical Medicine. Throughout his career, he has conducted research on vaccines and infectious diseases in Africa and has been crucial in the country’s fight against leprosy. He has authored or co-authored more than 100 scientific publications, and is a member of the Global Alliance for Vaccines and Immunization (GAVI).

Dr. Sow recently received the French Legion of Honor for his role in Mali’s response to the Ebola epidemic. This is the highest honor bestowed by the French government. “Dr. Sow has devoted his career to helping the people of Mali, as well as people in need all over the world,” said University of Maryland School of Medicine Dean E. Albert Reece, MD, PhD, MBA, who is also the vice president for Medical Affairs, University of Maryland, and the John Z. and Akiko K. Bowers Distinguished Professor. “He thoroughly deserves this position, and I know he will continue to improve the health of Mali’s citizens.”

Center for Vaccine Development in Mali

The CVD at the UM SOM works nationally and internationally to prevent disease and save lives through the development and delivery of vaccines. As an academic research center, the CVD is engaged in the full range of vaccinology, including basic science research, vaccine development, pre-clinical and clinical evaluation, and post-marketing field studies. Learn more at medschool.umaryland.edu/cvd.

Celebrating its 210th Anniversary, the University of Maryland School of Medicine was chartered in 1807 and is the first public medical school in the United States and continues today as an innovative leader in accelerating innovation and discovery in medicine. The School of Medicine is the founding school of the University of Maryland and is an integral part of the 11-campus University System of Maryland. Located on the University of Maryland’s Baltimore campus, the School of Medicine works closely with the University of Maryland Medical Center and Medical System to provide a research-intensive, academic and clinically based education. With 43 academic departments, centers and institutes and a faculty of more than 3,000 physicians and research scientists plus more than $400 million in extramural funding, the School is regarded as one of the leading biomedical research institutions in the U.S. with top-tier faculty and programs in cancer, brain science, surgery and transplantation, trauma and emergency medicine, vaccine development and human genomics, among other centers of excellence. The School is not only concerned with the health of the citizens of Maryland and the nation, but also has a global presence, with research and treatment facilities in more than 35 countries around the world.
medschool.umaryland.edu/Samba Sow, MD, MSc 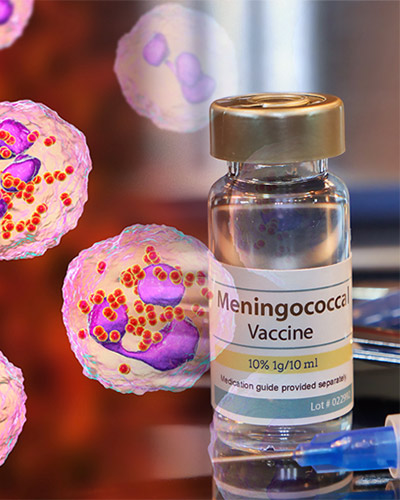 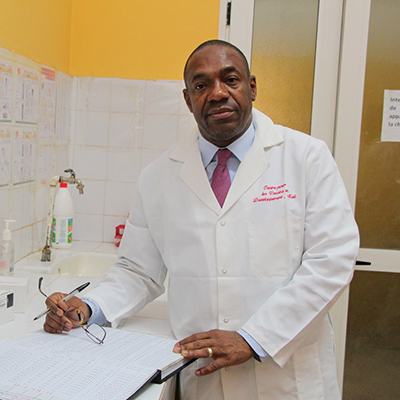 Samba Sow, MD, MSc, Director General of the Center for Vaccine Development in Mali (CVD-Mali), and Adjunct Professor of Medicine at the University of Maryland School of Medicine (UM SOM), has been decorated as a Knight of the Legion of Honor from the French government.