The STAR Center researchers have changed the landscape of critical care medicine through crucial advances in the understanding of how the body and brain reacts to and heals from serious illness and injuries. Some noteworthy accomplishments include: the discovery of “danger molecules” that trigger heart attacks and sepsis during times of critical illness; new insights into novel ways to stop profuse traumatic bleeding; and the role of neurotoxic inflammation in contributing to lasting effects of traumatic brain injury.

“The strong partnership and collaboration between the programs in trauma and anesthesiology have led the STAR Center faculty to make important discoveries that have helped refine treatments and develop better therapies to improve the care of injured and critical care patients nationwide,” said UMSOM Dean E. Albert Reece, MD, PhD, MBA, University Executive Vice President for Medical Affairs and the John Z. and Akiko K. Bowers Distinguished Professor. “I am particularly proud of the STAR Center’s leadership in conducting translational research, which has led to pioneering advances in the understanding and treatment of trauma, tissue injury, critical care and anesthesiology.” 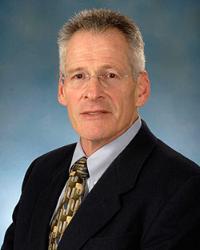 “This increased funding and the recruitment of talented new faculty over the past several years will serve to accelerate our research discoveries related to trauma, shock, critical care and peri-operative care,” said STAR Center Director Alan Faden, MD, the David S. Brown Professor in Trauma at UMSOM.

Today’s event to mark the 10th anniversary will feature internationally recognized researchers from outside institutions, as well as from UMSOM, who will present on the latest research in the field.

Researchers from the STAR Center detailed their latest findings including ways to improve outcomes for critically ill cardiac surgery patients and the use of virtual reality therapies to help patients recovering from trauma. The full agenda for the research presentations can be found on the UMSOM website. 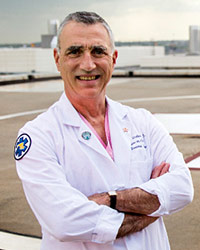 “This celebration is an opportunity to learn about the latest research developments in TBI, hemorrhagic shock, and sepsis care and management,” said Thomas Scalea, MD, Physician-in-Chief of the R Adams Cowley Shock Trauma Center. “Our intention is to celebrate our achievements in the spirit of collegiality and collaboration.”

The STAR Center’s broad mandate to advance the field of critical care medicine also includes its National Study Center for Trauma and Emergency Medical Systems, which was established by Congress as a research center is to prevent death and disability caused by injury and sudden illness. NSC studies have been used to improve vehicular safety, to refine patient care, and to develop public education programs for the prevention of trauma. For example, NSC recently participated in a multi-center study of injuries sustained in vehicular crashes, funded by the National Highway Traffic Safety Administration, which was able to identify detailed information on “real crashes” and “real injuries” sustained by the car’s occupants. The findings could help lead to new safety innovations.

STAR Center researchers have also been developing algorithms to predict short-term and long-term patient outcomes in the intensive care unit. For example, STAR Center researchers in the Program in Trauma and the Department of Anesthesiology developed and tested a Bleeding Risk Index to provide minute by minute analysis of the photoplethysmograph (pulse oximetry) waveform to assess cardiovascular function and predict the need for a blood transfusion. They also developed an “ICU Viewer”, which uses real-time patient hemodynamic (blood flow) data to identify patients at risk of decompensation (organ failure) and provides an “at-a-glance” view of all patients in a critical care unit at once or for an individual patient for up to 7 days. “We have a wide array of new research planned for the future including investigating new treatments for bleeding disorders, acute lung injury and sepsis,” said Peter Rock, MD, MBA, Chair of the Department of Anesthesiology at UMSOM. “We also plan to expand the use of big data, machine learning, and artificial intelligence to aid in clinical decision-making both in trauma and the critical care unit.” 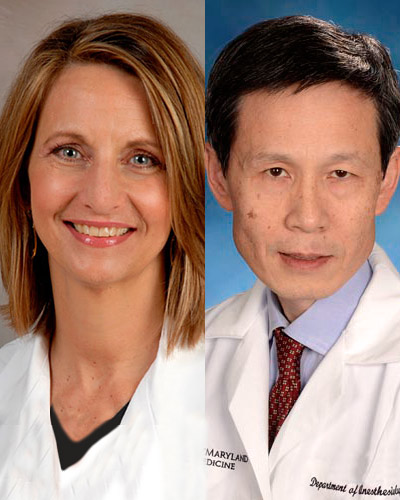