“My parents always taught me to have courage, hope and faith,” he said. “When they decided to come to the United States from Korea when they were in their 40s, that took a lot of courage. They had hope that life in will be better, and faith in God and that their new country will treat them and their young son with fairness.” Those early years growing up in Detroit were not always easy, but he learned about “courage, hope and faith” first-hand from his parents.

Hong went on to graduate first from MIT, and later earned his MD-PhD from Yale Medical School where he was the top graduating student in the program. He then completed his internal medicine residency at Yale, and went on to complete his cardiology fellowship at Mass General Hospital, before teaching at Harvard Medical School. He was later recruited to Vanderbilt and co-Directed the Center for Inherited Heart Disease and chaired the Accelerating Drug Re-Purposing Incubator before coming to the UMSOM. He has received numerous awards during his career for his unique research at the intersection of developmental biology, chemical biology stem cell biology human genetics and cardiovascular medicine.

“We are so fortunate to have brought someone of Dr. Hong’s stature as one of the leading physician/scientist/ entrepreneurs in the nation-- to the UMSOM,” said Dean E. Albert Reece in introducing Dr. Hong. “We are also fortunate to have an alumnus and board member, Dr. Mel Sharoky, to make this generous endowment.”

Dr. Sharoky, a 1976 graduate of the UMSOM and current member of the UMSOM Board of Visitors, has been a successful entrepreneur and leader in the pharmaceutical industry for more than 25 years.

The ceremony was hosted by Dean Reece, along with Stephen N. Davis, MBBS, the Dr. Theodore E. Woodward Chair of Medicine. Dr. Davis described Dr. Hong as the classic “triple threat” faculty member who excels in research, teaching and service. “He truly understands both the art and science of medicine,” Dr. Davis said. He noted that Dr. Hong had mentored dozens of students during his career.

Among the speakers at the ceremony were two distinguished faculty members who were mentors to Dr. Hong: Myron L. Weisfeldt, MD, Professor Medicine and Past Chair of Medicine and Director of Cardiology at Johns Hopkins School of Medicine; and Carl Hashimoto, PhD, Senior Advisor for Faculty Development at the National Institutes of Health and Professor of Emeritus of Cell Biology, Yale University. The third speaker was T.K. Feaster, PhD, Principal Investigator at the U.S. Food and drug Administration, who was Dr. Hong’s first graduate student.

All of the speakers spoke emphatically about Dr. Hong’s tremendous mentoring ability. “When you look up the word ‘mentor’ in the dictionary, you see a picture of Dr. Hong!,” Dr. Davis exclaimed.

For Dr. Hong’s part, he talked about mentoring using his familiar theme: “When a mentor has faith in you, it gives you both hope and courage.” That is what my mentors did for me and that is what I always try to do for those I am mentoring.” 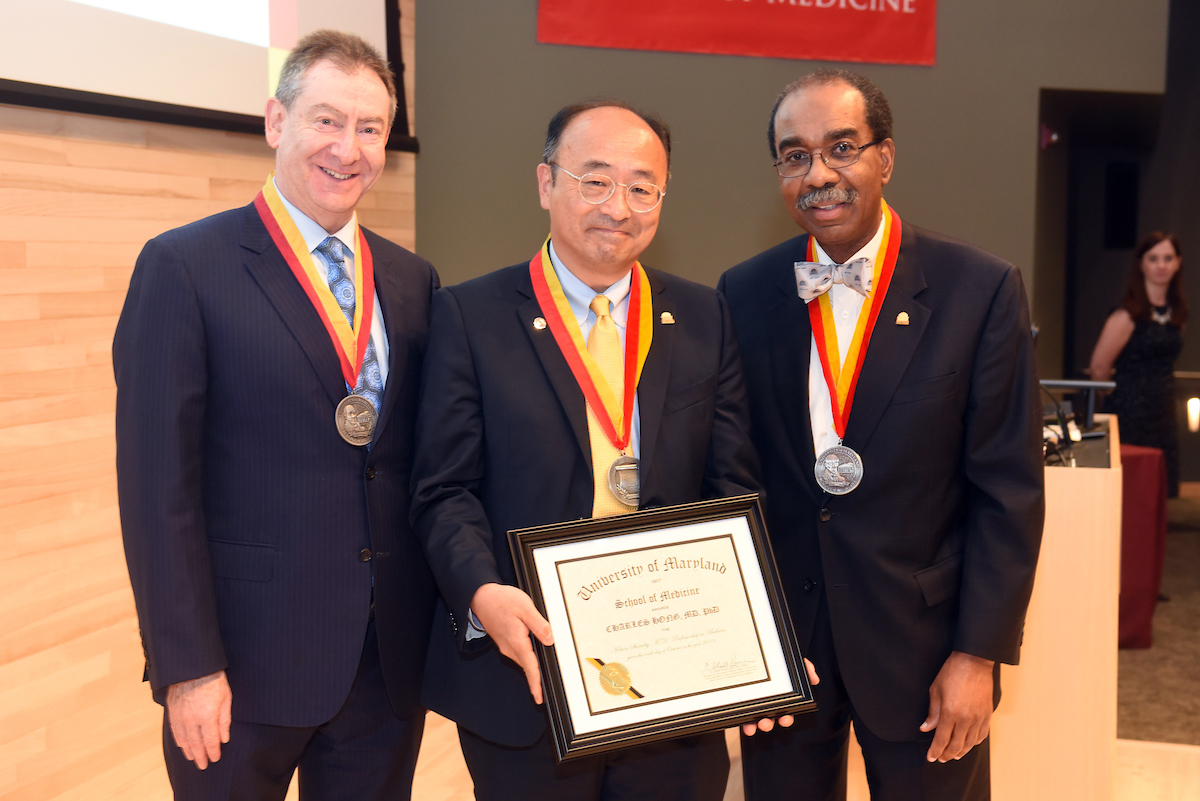 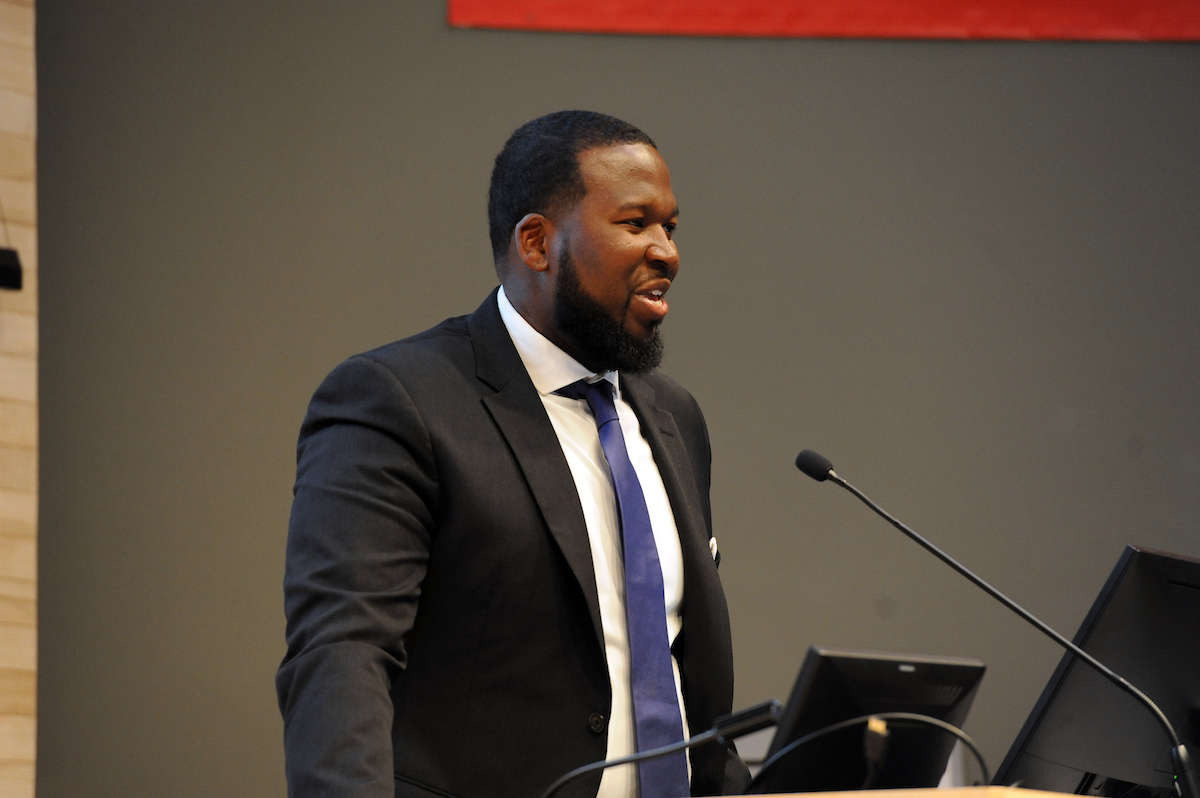 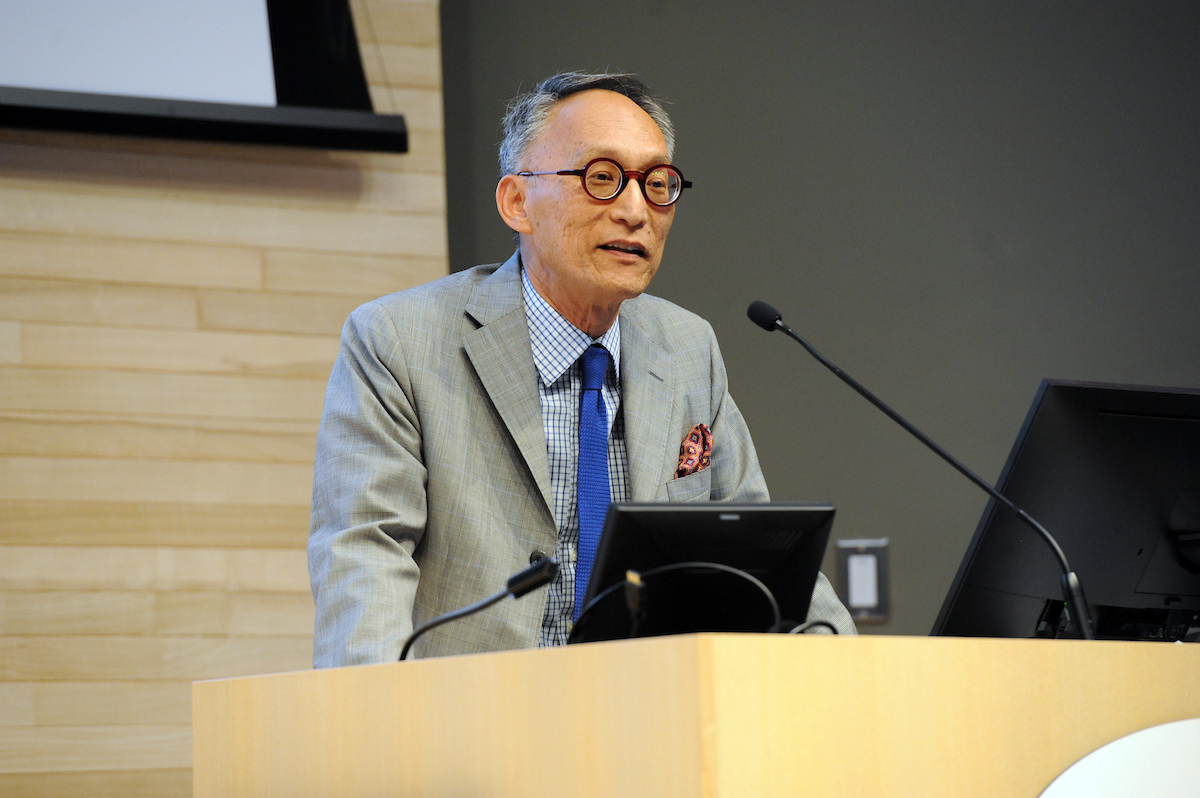 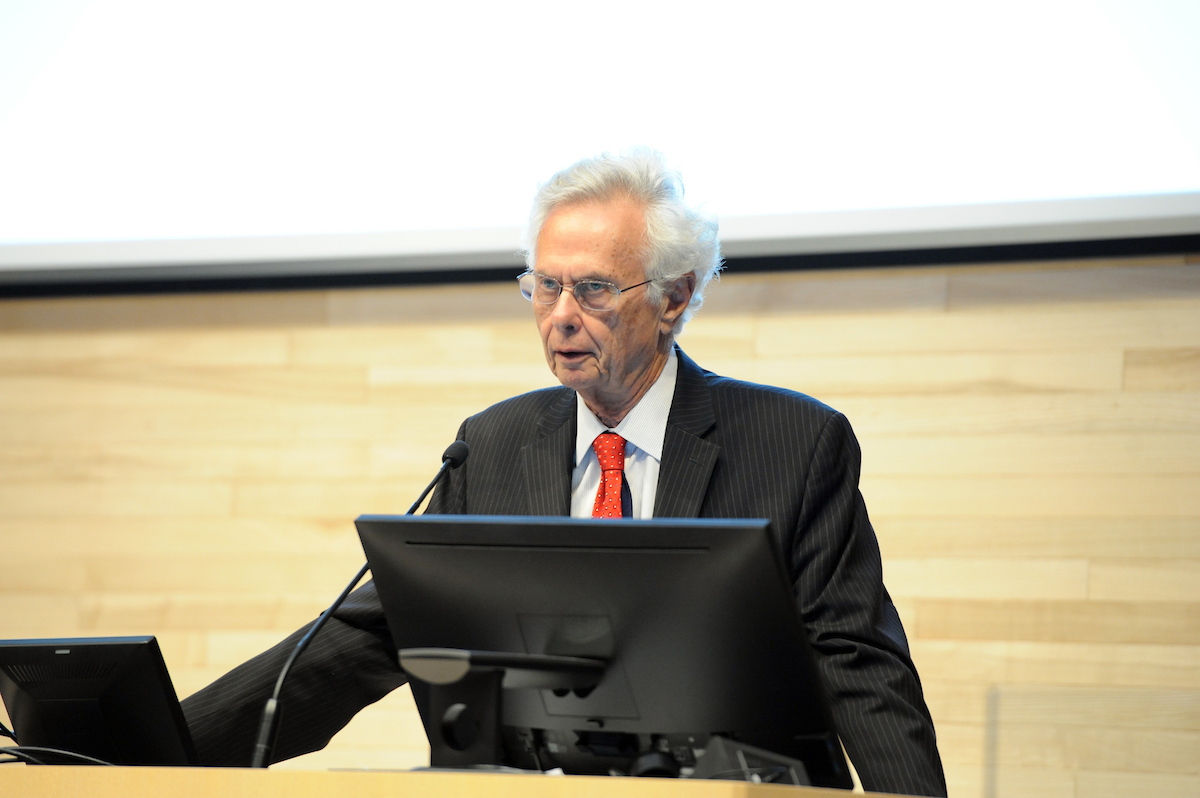 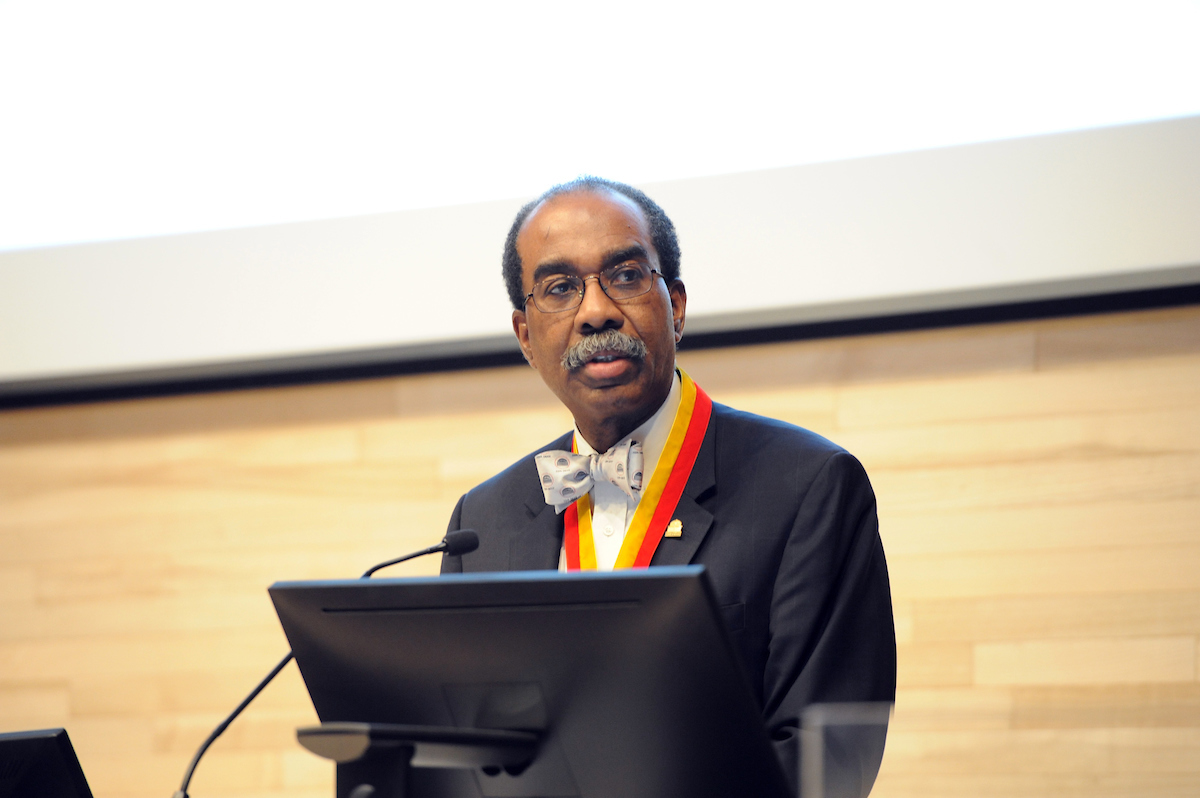 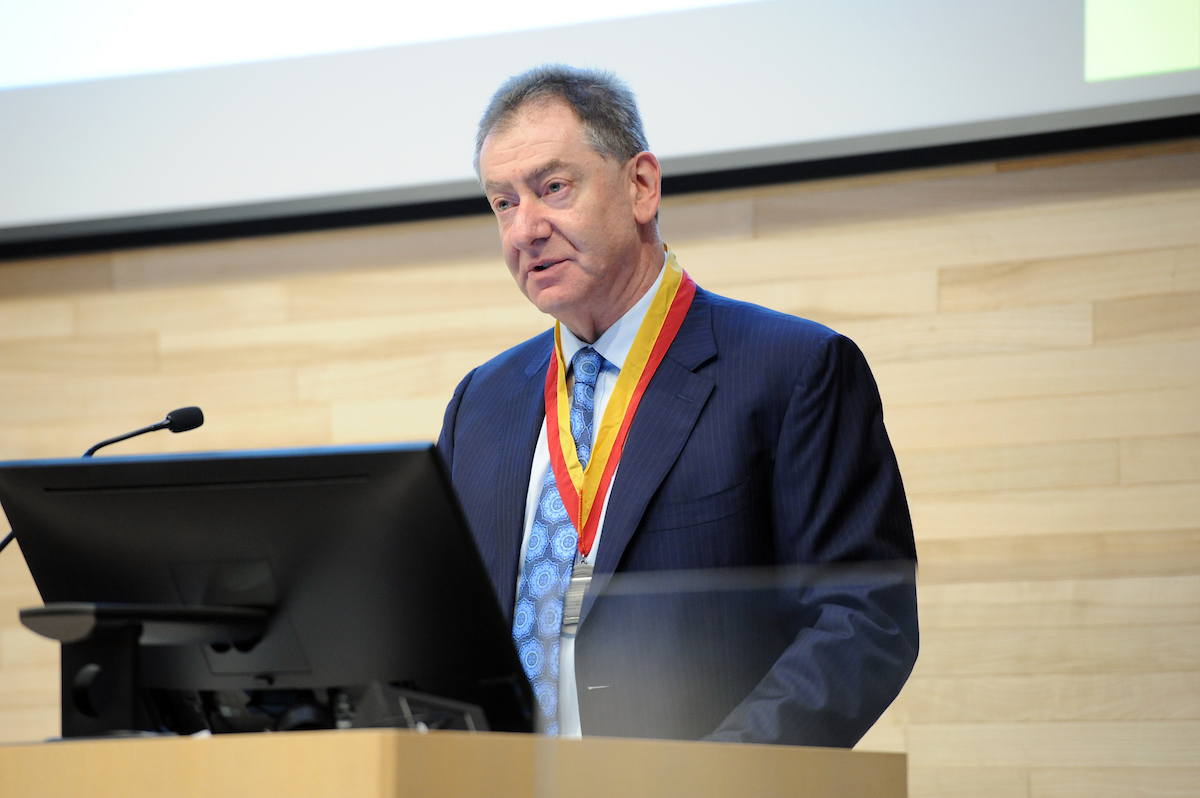 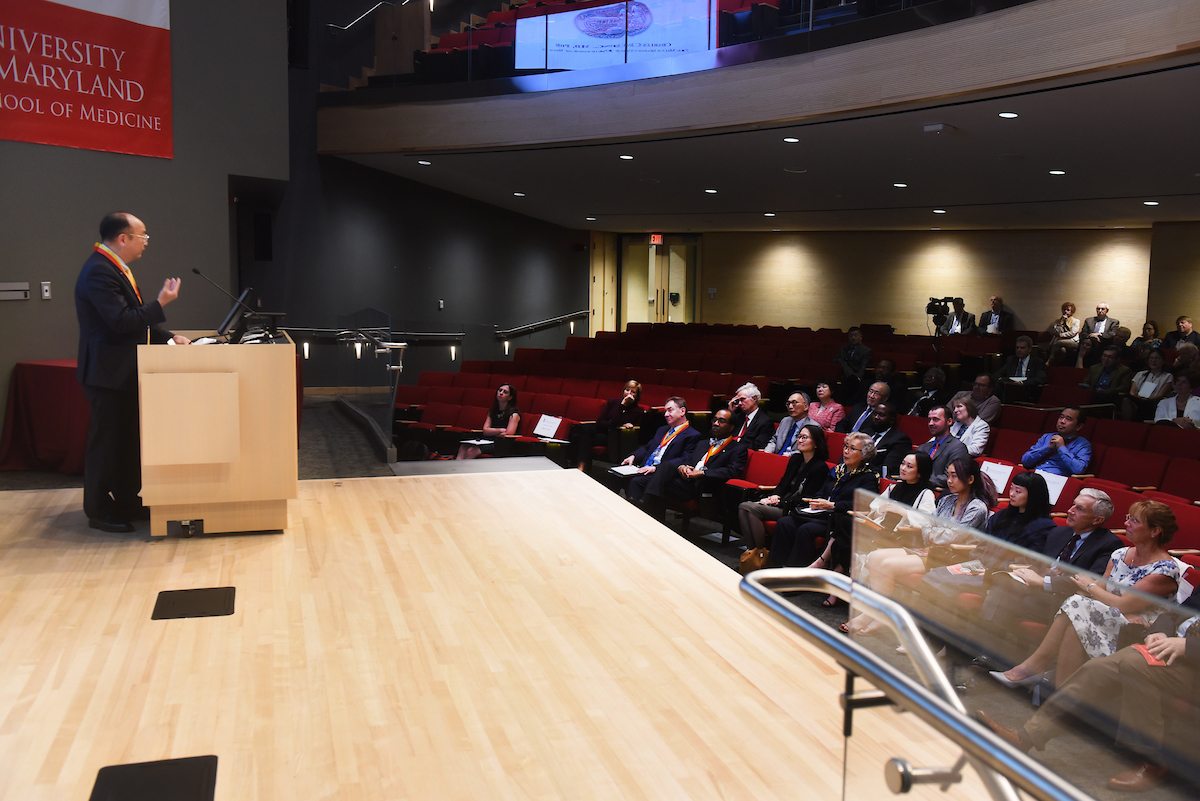 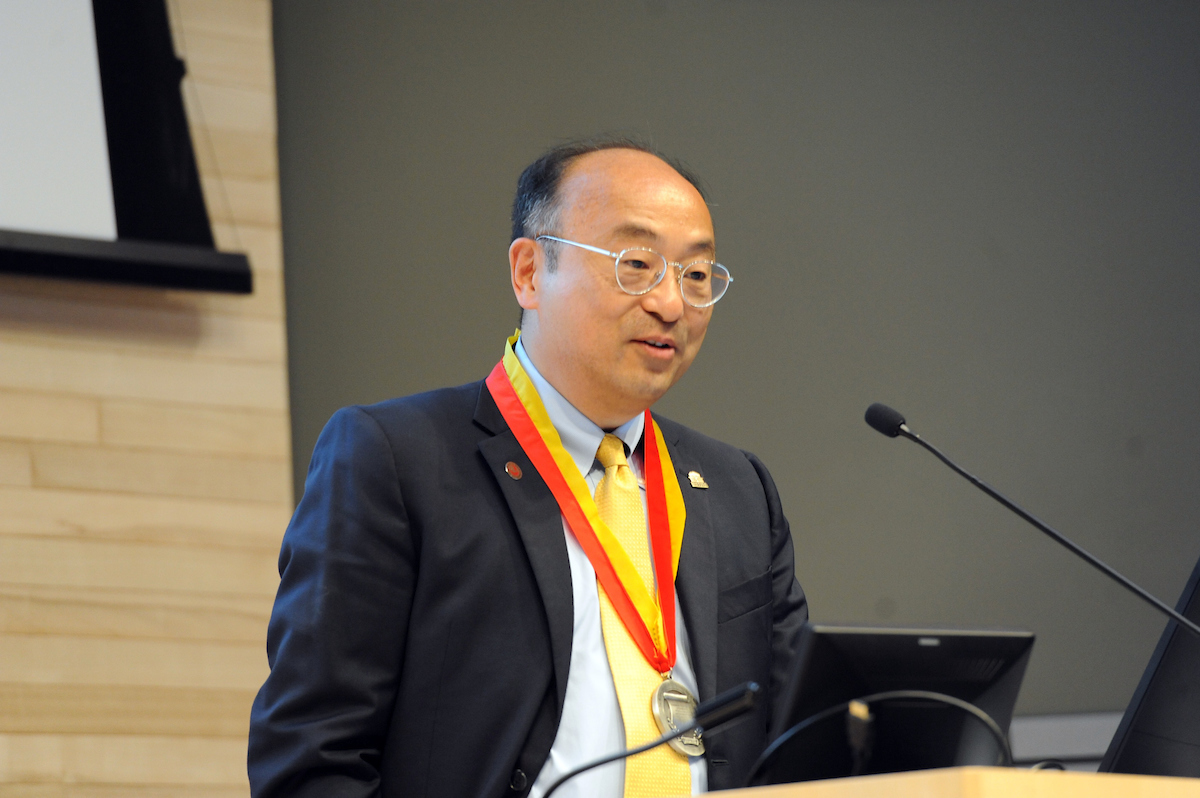 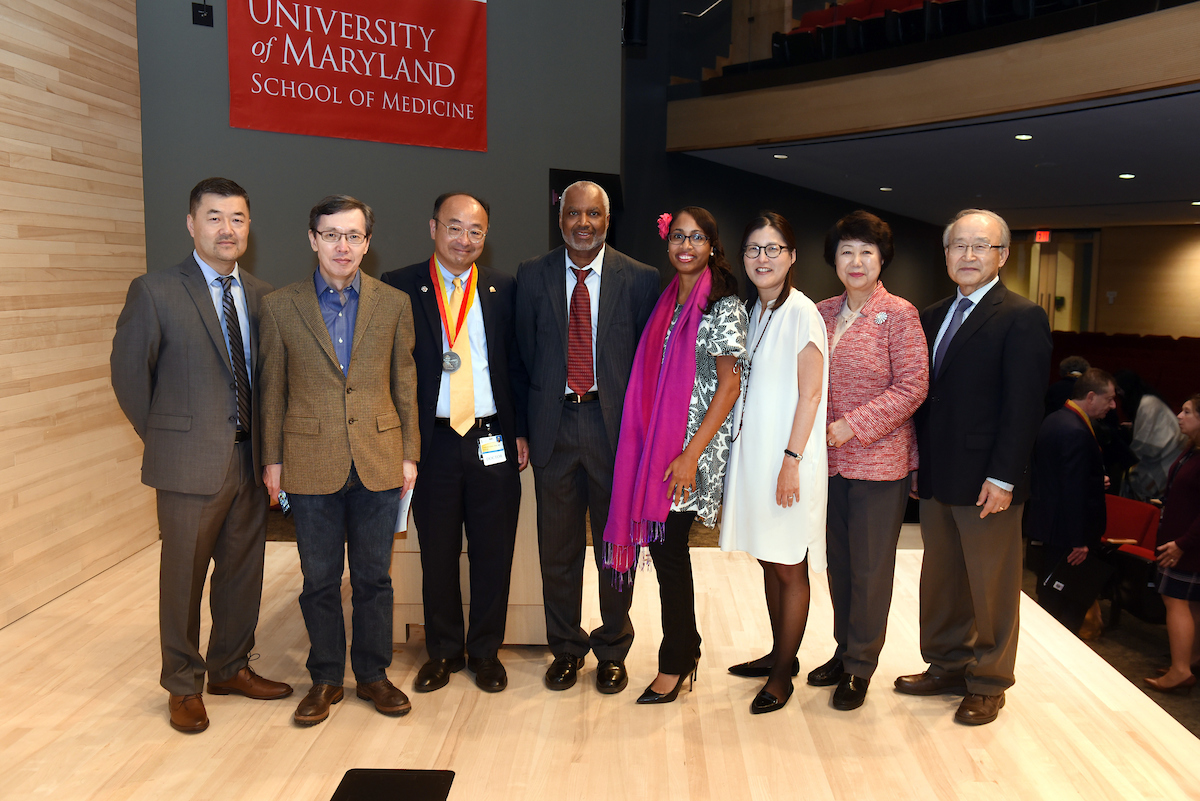 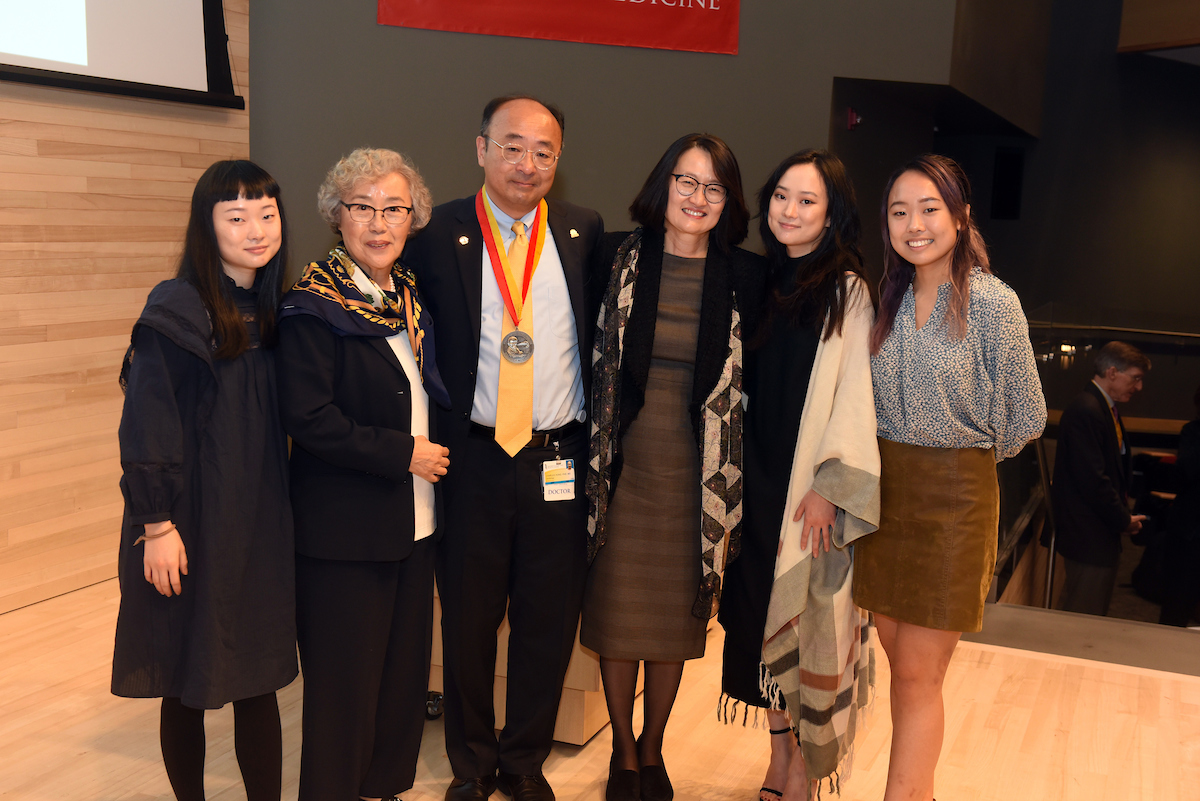 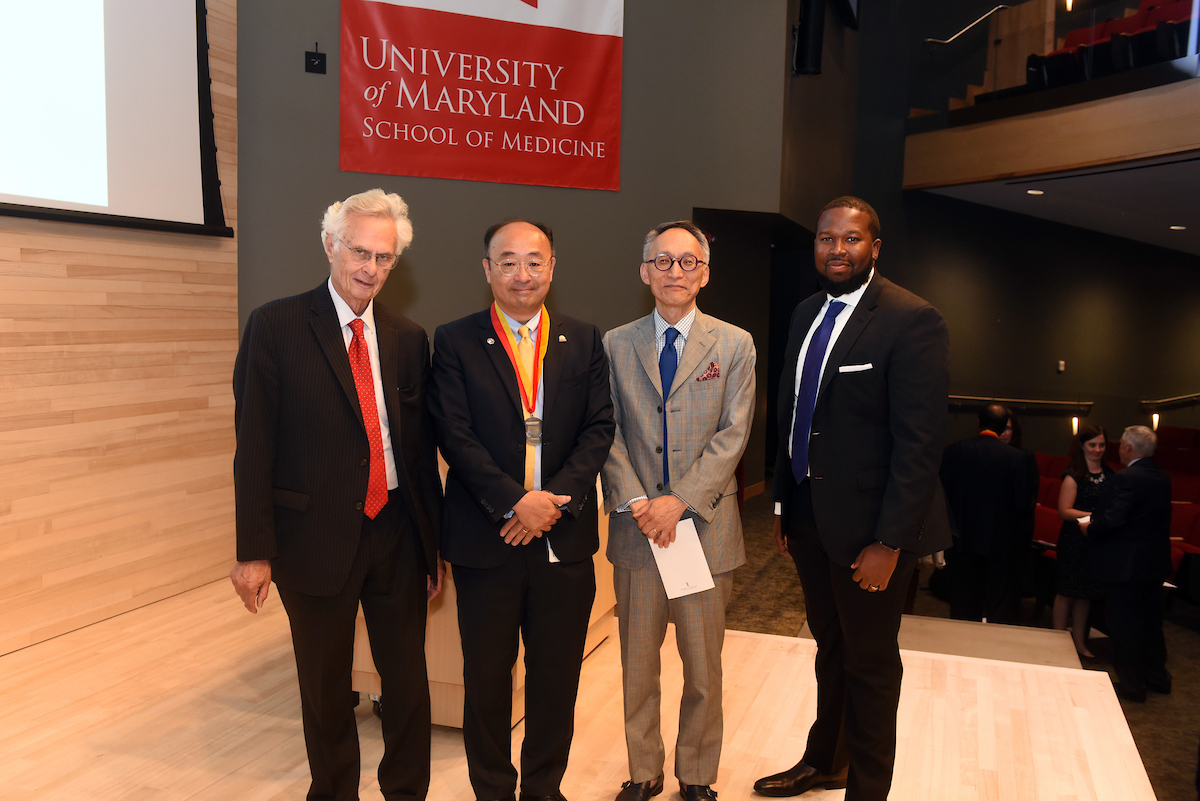 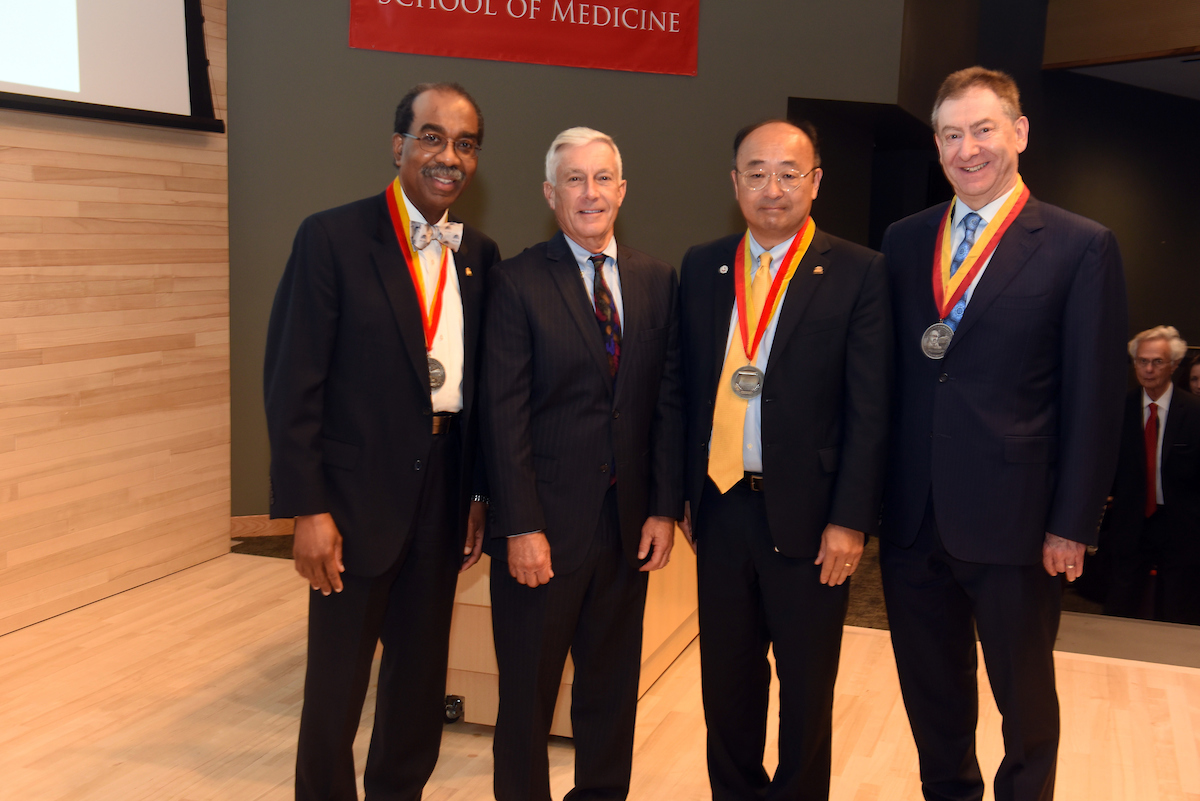 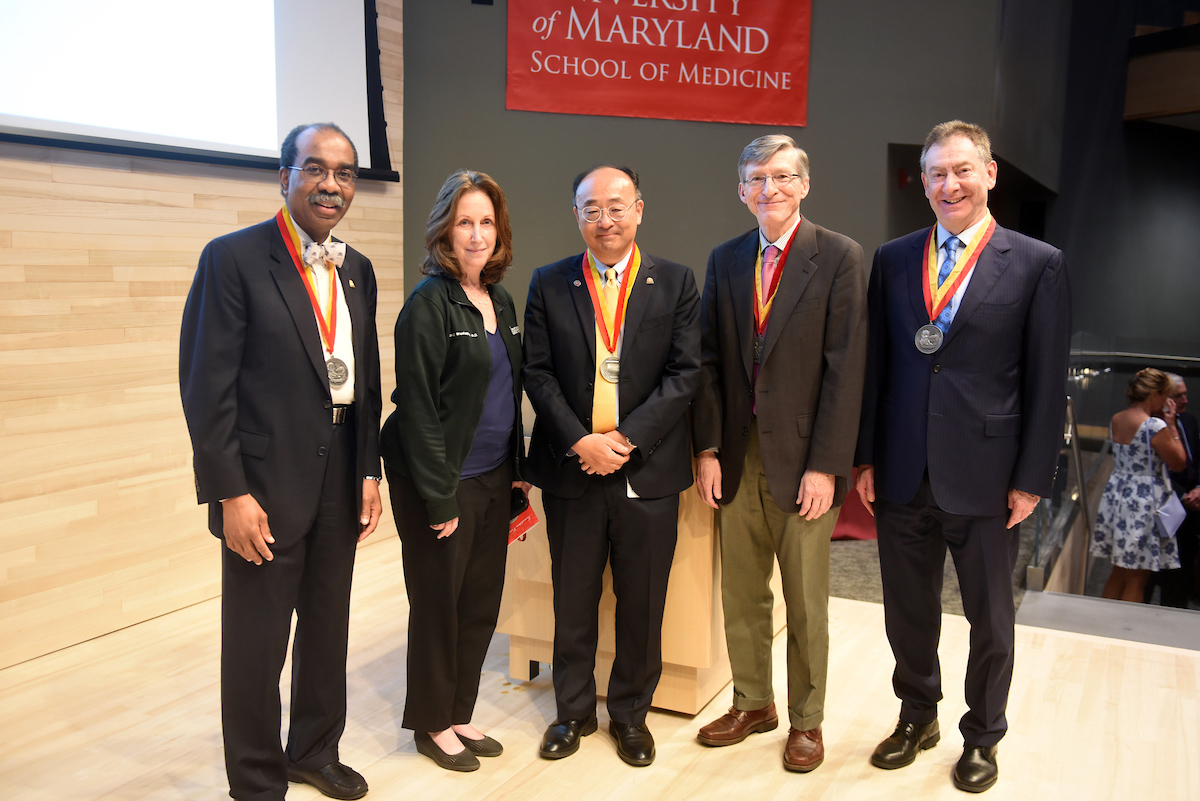 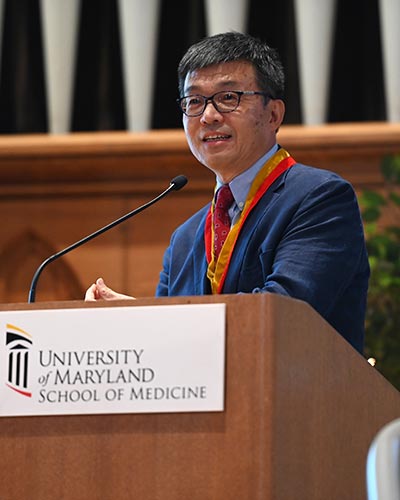 With his 92-year-old mother watching via live stream from the city of Qingdao, China, and an in-person audience of friends and colleagues gathered in Westminster Hall, Lishan Su, PhD, an internationally prominent virologist and immunologist at the University of Maryland School of Medicine’s (UMSOM) Institute of Human Virology (IHV), was invested as the Charles Gordon Smith Endowed Professor for HIV Research. Dr. Su is a Professor in the Departments of Pharmacology and Microbiology & Immunology at UMSOM’s IHV, who also serves as the Director of the Division of Virology, Pathogenesis, and Cancer at the Institute. 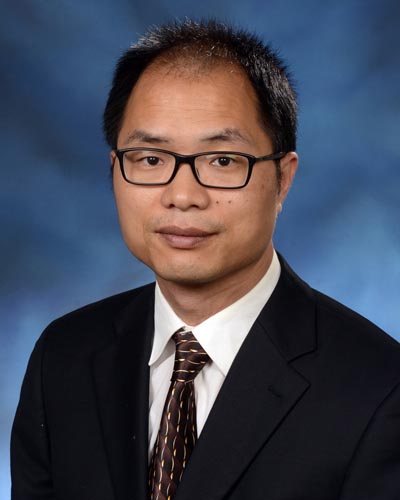 Researchers have long known that air pollution can increase the risk of disorders such as obesity, diabetes, and fertility, but they did not know the exact mechanism for how it can lead to these health conditions. 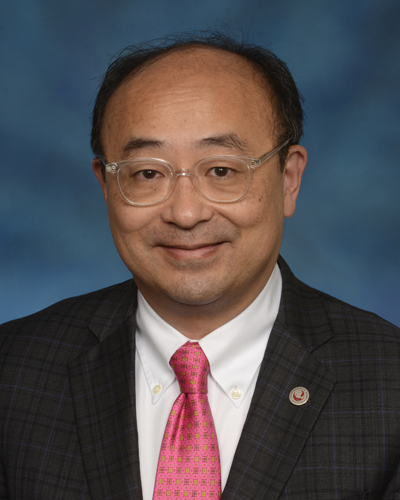 As the COVID-19 pandemic lingers, researchers have found associations between certain lifestyle factors and a person’s risk of getting infected. While it has already been established that those with Type II diabetes and a high body mass index (BMI) are at greater risk of experiencing hospitalizations and other severe complications related to COVID-19, they are also at greater risk of getting symptomatic infection in the first place. That is the finding of a recent study conducted by researchers at the University of Maryland School of Medicine (UMSOM)that was published in the journal, PLoS ONE. 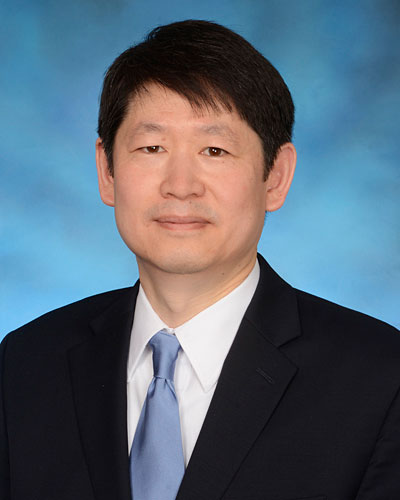