The research is important amid a rising number of cases of chlamydia worldwide. In the U.S. alone, 1.7 million cases of chlamydia were reported in 2017, a 22% increase since 2013, according to data from the Centers for Diseases Control and Prevention (CDC).

“Chlamydia is a major growing health issue in the U.S., and more work is needed to understand why some women are apparently naturally protected while other are not,” commented Jacques Ravel, PhD, Professor of Microbiology and Immunology, Associate Director and Senior Scientist at the Institute for Genome Sciences (IGS) at UMSOM. Dr. Ravel is also a Principal Investigator for this research. “Our novel research aims to decipher the mechanistic and functional underpinnings of communication between the host and the cervicovaginal microbiome to better understand resistance and susceptibility to this infection.”

An Important Mechanism in Vaginal Microbiome

While Lactobacillus-dominated microbiota in a woman’s vagina has long been suspected to provide a protective barrier against STIs like chlamydia, investigators at IGS and the University of Maryland School of Dentistry (UMSOD) are reporting for the first time a mechanism enabling specific types of cervicovaginal microbiome to predispose cells in the vagina and cervix to resist chlamydial infection.

“We will now be able to leverage these microbiomes to identify women at risk of infections, but more importantly to develop improved strategies to restore an optimal protection when it is lacking. Unlike our genes, the vaginal microbiome can be modulated to increase protection against chlamydia, but also against other sexually transmitted infections, including HIV,” said Dr. Ravel of the research, which was published today in mBio, “Cervicovaginal Microbiota-Host Interaction Modulates Chlamydia trachomatis Infection.”

The investigators have shown previously that five major types of vaginal microbiome exist, four of which are dominated by a different species of Lactobacillus, while the fifth has very low numbers of Lactobacillus bacteria and is associated with an increased risk of adverse outcomes including STIs, such as HIV, and even premature births.

Previously published research has hinted at L. iners being a risk factor for STI; however, the mechanism by which these bacteria were specifically suboptimal at protecting women against STI has remained elusive. Like other Lactobacillus, L. iners produces lactic acid, but only the L isoform. The researchers found that D-lactic acid, not L-lactic acid, down-regulates cell cycling through epigenetic modifications thus blocking C. trachomatis entry into the cell, one of the pathogen key infectious process, among other processes.

Thus, a rather unexpected result of this study is that the vaginal microbiome does not affect the pathogen per se, but drives susceptibility or resistance to infection, by modifying the cells that line up the cervicovaginal epithelium. The researchers further demonstrated that exposure to optimal vaginal microbiota provided long term protection, which has major implication on how a woman is protected. These mechanisms are now being exploited to develop strategies to optimize protection against C. trachomatis infections but also other STIs.

Patrik Bavoil, PhD, Professor & Chair, Department of Microbial Pathogenesis, University of Maryland School of Dentistry, a well-known expert in C. trachomatis biology and pathogenesis, is a Co-Principal Investigator with Dr. Ravel on the NIH funding that supported this study. The investigators also collaborated with Larry Forney, PhD at the University of Idaho.

“Chlamydia is reputed to be a most difficult microorganism to study. By hiding inside cells, the pathogen routinely avoids antimicrobial host defenses. By causing mostly asymptomatic infection, it often escapes detection by both the infected host and the physician alike,” said Dr. Bavoil. “What we have done in this study through several years of hard work by dedicated researchers is to provide, for the first time, a huge, new stepping stone on which future translational research to exploit the microbiome in the fight against chlamydial infection and disease, can be based.”

“This groundbreaking research will stimulate the development of novel antibiotic sparing solution to modulate the cervicovaginal microbiota to protect women from STI, but also from adverse reproductive outcomes such as preterm birth,” said UMSOM Dean E. Albert Reece, MD, PhD, MBA, who is also the Executive Vice President for Medical Affairs, University of Maryland and the John Z. and Akiko K. Bowers Distinguished Professor.

About the University of Maryland School of Dentistry

The University of Maryland School of Dentistry, the world’s first dental college, offers superlative educational programs in oral health. As one of six professional schools and an interdisciplinary Graduate School on the University of Maryland, Baltimore’s 71-acre campus, it is part of a thriving academic health center that combines groundbreaking biomedical research and exceptional patient care. The school is Maryland’s predominant provider of comprehensive and emergency oral health services. dental.umaryland.edu

Researchers at the Institute for Genome Sciences (IGS) at the University of Maryland School of Medicine have received a $7.5 million federal grant to create a complex model of the female reproductive system in order to study sexually transmitted infections (STIs). They plan to create a realistic 3D model that integrates vaginal and cervical epithelial cells and the bacteria that colonize these cells, called a microbiome. They aim to use this model to identity factors that play a role in chlamydia and gonorrhea infections experienced by a growing number of women in the U.S. and worldwide. 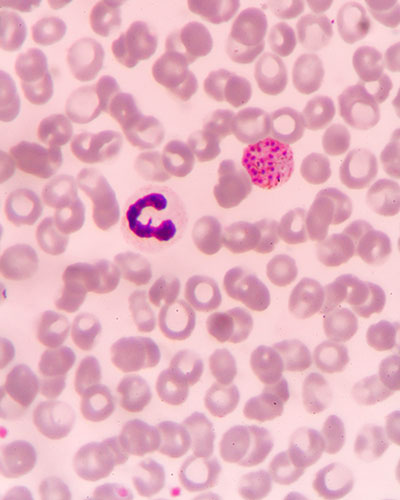 Claire M. Fraser, PhD, Director of the Institute for Genomic Sciences (IGS) at the University of Maryland School of Medicine (UM SOM), announced today that Jacques Ravel, PhD, Professor of Microbiology and Immunology and Associate Director for IGS, has been named a 2015-2017 Blaise Pascal International Research Chair, one of the most prestigious European science awards. He is spending this year working at the Institut Pasteur in Paris, and over the next two years will divide his time between Paris and Baltimore.