Dr. Glaser started his college education in Electrical Engineering at the Cooper Union in his hometown of New York City. In the midst of his college career, he was drafted and served in the US Army in WWII. His duty took him to Nuremberg where he was a motion picture sound photographer during the Medical War Trials of the infamous German Nazi physicians. After his military service, he completed his Bachelors’ degree in 1949. After doing early project work in communications systems and guided missiles for the Air Force, he soon became attracted to the new fields of computers, information theory, and artificial intelligence. In 1952, he returned to academic studies in Engineering. He received a PhD from Johns Hopkins University in 1960 and then secured a postdoctoral fellowship in its Department of Physiology in the School of Medicine.

In 1963 Dr. Glaser teamed up with Dr. Hendrik Van der Loos, a neuroanatomist at Johns Hopkins to study the complex morphology of the brain’s cerebral cortex. They encountered the shortcomings of the then current neuroanatomical techniques and the need to revamp the prevailing tedious methods of analyzing neuron morphology and neuron networks within the cerebral cortex. It was there they formulated the design and the construction of the first computer microscope. 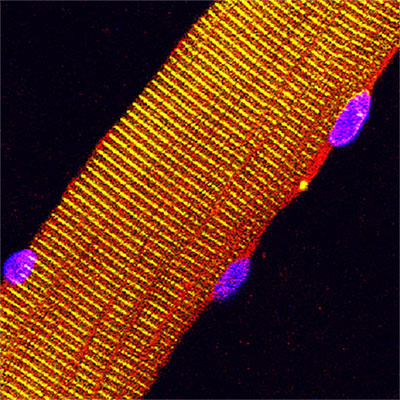 When the full description of the original computer microscope was published in the 1965 in the IEEE Transactions on Biomedical Engineering, Robert Schoenfeld, foresightedly wrote in an accompanying editorial, "Some observers believe that we are now entering upon a Great Age of Biology, and that the remainder of this century will be ...spent doing  or biology.... what the previous age has done for the physical sciences. ...A foreshadowing of the development of computer techniques in biology appears in a paper by E. M. Glaser and H. van der Loos. It describes a semi automatic computer‐microscope that can be used in quantitative neuroanatomical studies. ...This new instrument... integrates sensing transducers and an analog computer with the mechanical stage of a light microscope for measuring micro distances."

Glaser and Van der Loos coined the term “computer microscopy" at a time when analog computers were still popular, and digital computers were a rarity ‐ monster‐like in size and snail‐like in speed. The further development of computer microscopy and its gradual adoption by anatomists took place over an interval of more than twenty years. Digital technology was eventually accepted and Glaser went on to invent the Image Combining Computer microscope that combined all the aspects of computer microscopy in a single instrument, which he subsequently patented in the US. In the 1980s Dr. Glaser formed the corporation MicroBrightField with his son, Jack Glaser. Their microscope system, named Neurolucida, became known for its ability to significantly enhance neuroanatomical research. In the ensuing years more than 1000 Neurolucida systems have been acquired by various neuroscience organizations throughout the world and use of the system has been documented in 10’s of thousands of published papers.