Shock Trauma Center runs under the leadership of Physician-in-Chief Thomas M. Scalea, MD, FACS, who is the Honorable Francis X. Kelly Distinguished Professor of Trauma Surgery at the University of Maryland School of Medicine.  An international model for civilian and military trauma teams, Shock Trauma is also the epicenter for trauma research, patient care and teaching, both nationally and internationally today.  Since its inception more than four decades ago, Shock Trauma has provided world-class treatment for the region’s most critically ill and injured patients.  Shock Trauma, the heart of Maryland’s unparalleled Emergency Medical Services System, is named for Dr. R Adams Cowley, considered the father of trauma medicine who pioneered the “golden hour” concept and many of the life-saving practices in modern trauma medicine.

“No one gets up in the morning expecting to end up as a patient at Shock Trauma,”said Scalea. “Our team is committed to giving every person a second chance. The incredible stories of survival and recovery that happen here every day are not possible without the collaboration of partners who together make up Maryland’s safety net for our most critically injured and ill patients.”

The series, produced by Susan Hadary and John Anglim of MedSchool Maryland Productions (a division of UM SOM) for Discovery Life, premieres Friday, January 1 at 10 p.m. Eastern Time and will air on subsequent Fridays in January and the first week of February.  Each episode captures in dramatic detail the fight to save lives when every second counts. The series shows the Shock Trauma team treating a variety of serious injuries, including motorcycle and car crashes, frostbite, gunshot wounds and severe brain trauma.

“Shock Trauma: Edge of Life depicts the hard work, skill and dedication of our faculty physicians and the entire team at Shock Trauma,” said UM SOM Dean E. Albert Reece, MD, PhD, MBA, who is also Vice President of Medical Affairs, the University of Maryland and the John Z. and Akiko Bowers Distinguished Professor. “Watching these men and women in action highlights the essential job they do, and underscores the importance of the work that we all do every day.”

Shock Trauma is also home to UM School of Medicine’s Shock, Trauma and Anesthesiology Research center (STAR), a world-class, multidisciplinary research and educational center focusing on brain injuries, critical care, resuscitation, and other areas of trauma care. It is the first research center in the nation dedicated exclusively to the study of trauma, its complications and prevention.

Susan Hannah Hadary is the director of UM School of Medicine’s  UM MedSchool Maryland Productions. With over 30 years of production experience, her talents have been recognized with an Oscar® , a Peabody award, multiple Emmy awards, and recognition from numerous professional organizations.  In 2015 Hadary was engaged by Discovery Life as supervising producer and show runner to produce a six program mini-series, “Shock Trauma: Edge of Life,” which features the heroes of Baltimore’s R Adams Cowley Shock Trauma Center.  This series, as well as her recent documentaries produced in collaboration with John Anglim, have included 29 Years: Bong, Sarah and King, Understanding Joy, and Walter P. Carter: Champion of Change.   Her nationally released production credits include three documentaries which aired on HBO, over 30 hours of programming for Discovery, and programming for public television stations.

MedSchool Maryland Productions produces a wide scope of products including documentaries for national broadcast, tribute videos, profiles of special programs and organizations, public relations messages, PSAs for TV and radio, training films, and web videos. Its public awareness campaigns include PSAs, billboards, websites targeting specific audiences, posters, flyers and other print materials.  A program of the University of Maryland School of Medicine, MedSchool Maryland Productions’ documentaries have been released nationally on HBO, Discovery and public television, and are the recipients of numerous national awards.  The most current series for the Discovery Life, featuring the doctors and nurses of the R Adams Cowley Shock Trauma Center, will be released in 2016.

The University of Maryland School of Medicine was chartered in 1807 and is the first public medical school in the United States.  It continues today as an innovative leader in accelerating innovation and discovery in medicine. The School of Medicine is the founding school of the University of Maryland and is an integral part of the 11-campus University System of Maryland. Located on the University of Maryland’s Baltimore campus, the School of Medicine works closely with the University of Maryland Medical Center and Medical System to provide a research-intensive, academic and clinically based education. With 43 academic departments, centers and institutes and a faculty of more than 3,000 physicians and research scientists plus more than $400 million in extramural funding, the School is regarded as one of the leading biomedical research institutions in the U.S. with top-tier faculty and programs in cancer, brain science, surgery and transplantation, trauma and emergency medicine, vaccine development and human genomics, among other centers of excellence. The School is not only concerned with the health of the citizens of Maryland and the nation, but also has a global presence, with research and treatment facilities in more than 35 countries around the world.

The University of Maryland Medical Center (UMMC) is comprised of two hospitals in Baltimore: an 800-bed teaching hospital — the flagship institution of the 12-hospital University of Maryland Medical System (UMMS) — and a 200-bed community teaching hospital, UMMC Midtown Campus. UMMC is a national and regional referral center for trauma, cancer care, neurocare, cardiac care, diabetes and endocrinology, women's and children's health, and has one of the largest solid organ transplant programs in the country. All physicians on staff at the flagship hospital are faculty physicians of the University of Maryland School of Medicine. At UMMC Midtown Campus, faculty physicians work alongside community physicians to provide patients with the highest quality care. UMMC Midtown Campus was founded in 1881 and is located one mile away from the University Campus hospital. For more information, visit www.umm.edu. 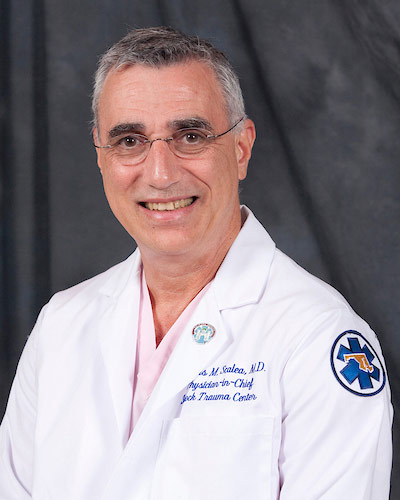 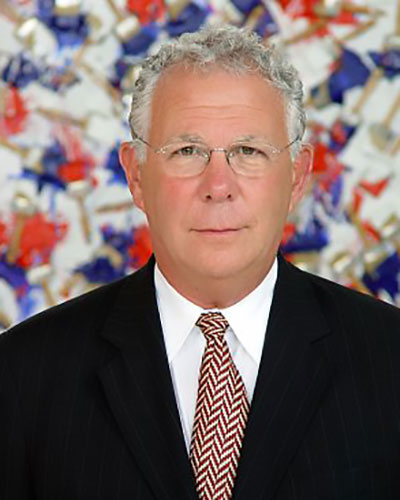 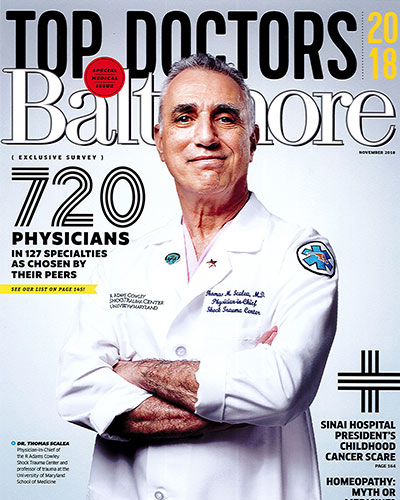