In Memoriam: Bernard A. Carpenter, Jr.

Bernard A. Carpenter, Jr. (Bernie) passed away after a long illness on January 17th while at Ginger Cove, a retirement community in Annapolis, MD.

He was at peace with his wife of 58 years, Barbara, at his bedside.

He was remembered by many of his colleagues as a mentor and leader who impacted both the School of Medicine and the Medical System:

Donald E. Wilson, MD, MACP, AGAF, Dean Emeritus at the University of Maryland School of Medicine (UMSOM), said “I will never forget Bernie Carpenter. He served as the executive director of the medical school's clinical practice plan during most of my deanship at Maryland. Bernie played a significant role in my success during my early years, and also in the overall success of the medical school. Early in my second year as dean, Bernie told me that he projected a $20-40 million loss in the practice plan for the year. I told him there would be no loss, and I was going to 'take over'  management of the plan, that there would likely to be significant pushback to this step, and asked if he was with me. He said yes, and we ended the year with a profit. While Bernie’s management skills were critical and his research careful, his honesty was even more important to me. He certainly was not a 'yes' man, but he was diplomatic.  It wasn’t all work. It was always a delight for Patricia and me to be with Bernie and Barbara, having dinner or relaxing during an offshore insurance meeting. Even after retirement, Bernie, Jerry Carr, Greg Handler, Frank Calia, and I would get together periodically at Attman’s Deli for corned beef, hot dogs, and cream soda. The pandemic put an end to that, and I was looking forward to starting up again when I heard of Bernie’s serious illness. YOU DONE GOOD, MY FRIEND. REST IN PEACE.” 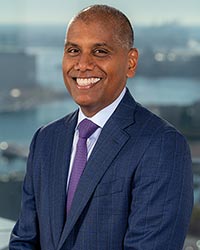 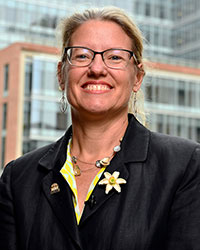 Louisa Peartree, MBA, Senior Associate Dean and Chief Operating Officer, University of Maryland School of Medicine, said:  “I owe the launch of my career at the UMSOM to him.  Bernie hired me off the Water Taxis when I was a newly minted MBA. I began  as an analyst reporting to him when he was the Executive Director of UPI.  By watching and working with him, I learned how to navigate this complex academic medical center. I count him as a key professional mentor and a good friend. We had some great times working together.”

His obituary read “God blessed him with an exceptional life, a wonderful family, and many special friends.”

There will be a celebration of his life at a future date. Check for information at Bernard Carpenter, Jr. Obituary - Kalas Funeral Home & Crematory (kalasfuneralhomes.com)

If you wish to donate please send your donation to either the Foundation at Ginger Cove - foundation @gingercove.com or to the Lewy Body Dementia Association - lbda.org