About one in 10 seniors who live in cities reported that they use public transportation, and 20 percent of older transit users said they relied on trains and buses to get to their doctor appointments. Frailty and living in an area with broken sidewalks were both linked to a lower use of public transit, according to a new study led by University of Maryland School of Medicine (UMSOM) researchers. 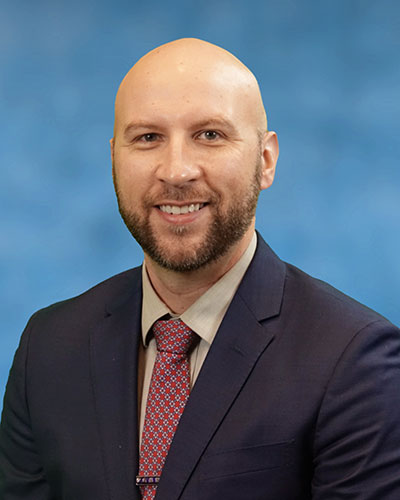 This points to a need to improve accessibility and infrastructure in these cities to help serve the needs of an aging population. The study was published last month in the Journal of the American Geriatrics Society.

“While our data was collected before the Covid pandemic, we know the pandemic disrupted public transportation, which is still continuing due to financial strain, staffing shortages, and cutbacks to transit services across the county,” said study senior author Jason Falvey, DPT, PhD, Assistant Professor of Physical and Rehabilitation Science at UMSOM. "We worry about the impact that this disruption is having on the nearly 700,000 older Americans who rely on subways and buses to get to their medical appointments.”

Many transit users age 65 and older must stand in extreme heat, rain or cold conditions for upwards of 25 minutes waiting for mass transit, which is far longer than pre-pandemic wait times. Such factors could exacerbate chronic conditions like heart failure, kidney disease, or diabetes, Dr. Falvey added.

To conduct the study, he and his colleagues analyzed data from the National Aging and Trends Study, a nationally representative survey of Medicare beneficiaries age 65 and older. They looked specifically at those living independently in urban areas who were surveyed on their use of public transportation (bus, subway, or train) during the previous month. Black and Hispanic seniors were more likely to use public transmit, as were those who were financially strained, according to the study.

Accessibility posed the biggest challenge: Those who used wheelchairs were 65 percent less likely to use public transit. Older adults who lived in areas with cracked or broken sidewalks were also less likely to use transit, which may amplify other known impediments to transit use  such as malfunctioning elevators at underground or elevated train stations.

“Disruptions to public transportation may widen health care disparities for Black and Hispanic older adults who are more likely to rely on these services,” said Mark T. Gladwin, MD, Vice President for Medical Affairs, University of Maryland, Baltimore, and the John Z. and Akiko K. Bowers Distinguished Professor and Dean, University of Maryland School of Medicine. "We have an imperative to invest in transportation infrastructure because it is a vital public health need for our most vulnerable populations in Baltimore and beyond.”

The study was partly funded by a $1.1 million grant from the National Institute on Aging (K76AG074926) awarded to Dr. Falvey last year as an “emerging leader in aging research.”  UMSOM medical student Afnan Gimie, BS, was the first author on the study. Andrea Melgar Castillo, PhD, and C. Daniel Mulllins, PhD, at the University of Maryland School of Pharmacy were co-authors.

Dr. Falvey and his colleagues plan to conduct a follow-up pilot study next year in West Baltimore to test the feasibility of certain interventions that can help seniors living with a disability better access public transportation. This will include providing mobility-related equipment to help them navigate uneven sidewalks as well as free transit passes to enable them to attend medical appointments with a caregiver without added costs.

“Our current study found that transit users were more likely to go to their doctor visits alone compared to those who did not use public transportation, likely because of financial constraints,” Dr. Falvey said. “Having a loved one at these visits can be a vital part of successful management of chronic health conditions common in seniors.”

Older adults who report being under severe financial strain were substantially more likely to die within six months of having a heart attack compared to those with moderate or no financial strain, according to a new study led by University of Maryland School of Medicine (UMSOM) researchers. Findings were published last week in the JAMA Internal Medicine and point to glaring disparities in medical outcomes due to financial circumstances.