University of Maryland School of Medicine (UMSOM) researchers have shown that psilocybin—the active chemical in “magic mushrooms”— still works its antidepressant-like actions, at least in mice, even when the psychedelic experience is blocked. The new findings, published this week in PNAS, suggest that psychedelic drugs work in multiple ways in the brain, and it may be possible to deliver the fast-acting antidepressant therapeutic benefit without requiring daylong guided-therapy sessions. A version of the drug without, or with less of, the psychedelic effects could loosen restrictions on who could receive the therapy and lower costs, making the benefits of psilocybin more available to more people in need.

In all clinical trials performed to date, the person treated with psilocybin remains under the care of a guide, who keeps the person calm and reassures them during their daylong experience. This can include hallucinations, altered perception of time and space, and intense emotional and spiritual encounters.

Researchers in the field have long attributed psilocybin’s effectiveness to the intense psychedelic experience. 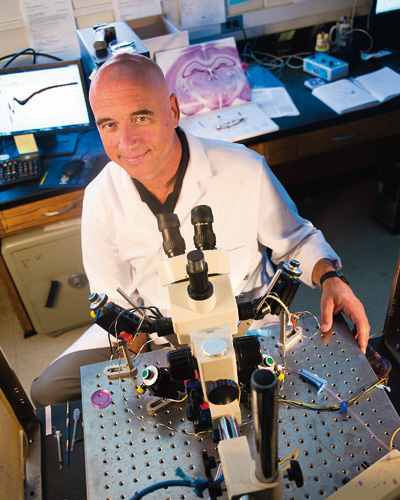 “We do not understand the mechanisms that underlie the antidepressant actions of psilocybin and the role that the profound psychedelic experience during these sessions plays in the therapeutic benefits,” says Scott Thompson, Ph.D., Professor and Chair, Department of Physiology at UMSOM and senior author of the study. “The psychedelic experience is incredibly powerful and can be life-changing, but that could be too much for some people or not appropriate.”

Several barriers prevent the widespread use of psychedelic compounds. For example, there is fear that the psychedelic experience may promote psychosis in people who are predisposed to severe mental disorders, like bipolar disorder and schizophrenia, so the clinical therapy sessions performed to date have been limited to a highly selected screened group without a family history of these disorders.

Dr. Thompson adds that there may also be an equity issue, because not everyone can take several days off work to prepare and engage in the experience. The costs of staffing a facility with at least one trained guide per treated person per day and a private space may also be prohibitive to all but a few. He says it is conceivable that a depression treatment derived from psilocybin could be developed without the psychedelic effects, so people can take it safely at home without requiring a full day in a care facility.

For their study, led by UMSOM MD/PhD student Natalie Hesselgrave, the team used a mouse model of depression in which mice were stressed for several hours a day over 2-3 weeks. Because researchers cannot measure mouse moods, they measure their ability to work for rewards, such as choosing to drink sugar water over plain water. People suffering from depression lose the feeling of pleasure for rewarding events. Similarly, stressed mice no longer preferred sugar water over plain water. However, 24 hours after a dose of psilocybin, the stressed mice regained their preference for the sugar water, demonstrating that the drug restored the mice’s pleasure response.

Psilocybin exerts its effects in people by binding to and turning on receptors for the chemical messenger serotonin. One of these receptors, the serotonin 2A receptor, is known to be responsible for the psychedelic response. To see if the psychedelic effects of psilocybin were needed for the anti-depressive benefits, the researchers treated the stressed mice with psilocybin together with a drug, ketanserin, which binds to the serotonin 2A receptor and keeps it from being turned on. The researchers found that the stressed mice regained their preference for the sugar water in response to psilocybin, even without the activation of the psychedelic receptor.

“These findings show that activation of the receptor causing the psychedelic effect isn’t absolutely required for the antidepressant benefits, at least in mice,” says Dr. Thompson, “but the same experiment needs to be performed in depressed human subjects.” He says his team plans to investigate which of the 13 other serotonin receptors are the ones responsible for the antidepressant actions.

“This new study has interesting implications, and shows that more basic research is needed in animals to reveal the mechanisms for how these drugs work, so that treatments for these devastating disorders can be developed,” says E. Albert Reece, MD, PhD, MBA, Executive Vice President for Medical Affairs, University of Maryland Baltimore, and the John Z. and Akiko K. Bowers Distinguished Professor and Dean, University of Maryland School of Medicine.

Although not approved yet, Dr. Thompson and the University of Maryland Baltimore have filed a patent on using psilocybin with drugs that block serotonin 2A receptors to treat depression. 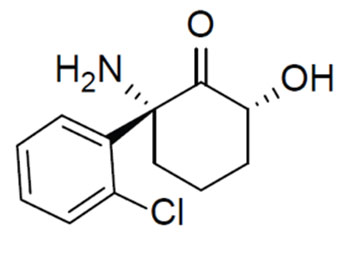