In the address, she called for profound changes that will leave the U.S., and the world at large, better prepared for the next global pandemic. Such changes, she said, include the need to address the systemic racism and health disparities that led to higher COVID-19 hospitalization rates and death rates in Black communities. Her forceful call for change also included a reframing of climate change policies to help the public understand the immediate and long-term health benefits of lower carbon emissions, including cleaner air and potential protection against future epidemics.

With much of her tenure focusing on the COVID-19 pandemic and the worldwide upheaval it caused, Dr. Fraser decided to focus her lecture on “Lessons from the COVID-19 Pandemic in an Interconnected World”.  She delivered the Plenary Lecture on February 8th at the 2021 Annual Meeting, which she chaired. The entire address can be viewed here on YouTube.

This year’s meeting was virtual, with online lectures and sessions to discuss the latest research. With 120,000 members from more than 91 countries, AAAS is the world’s largest multidisciplinary scientific society and the publisher of the well-respected Science family of journals.

Dr. Fraser opened her remarks by explaining the theme of the annual meeting, “Understanding Dynamic Ecosystems,” which she chose before COVID-19 to focus on the complex networks that we study, and those in which we live and work.

“To me, one of the most fascinating attributes of ecosystems is that of emergent properties – a term that has been used in science, systems theory, philosophy, urban studies, and even art,” Dr. Fraser said in her opening remarks. “When we talk about emergent properties, we refer to those properties that are entirely unexpected, based on our understanding of the individual components of any given ecosystem – the properties that arise from the collaborative functions across scales.”

Evolution of Her 25 Years of Research

Dr. Fraser went on to highlight the evolution of her own research over the past 25 years that led her to embrace – indeed, to require, an ecosystems perspective. In 1995, she and her colleagues were the first to apply the tools of the genomics revolution to sequence the first complete genome of a free-living organism, Haemophilus influenzae, a bacterium responsible for meningitis, ear infections, and other respiratory ailments, primarily in children. This achievement took place at the Institute for Genomic Research, where Dr. Fraser served as Director from 1998 until 2007. 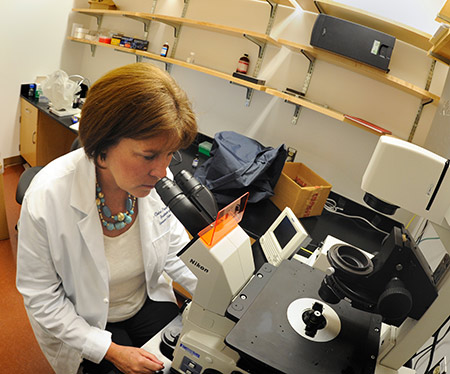 In her lecture, Dr. Fraser said she and her colleagues were surprised to discover the vast number of genes that were devoted to coding for hypothetical proteins whose function was unknown. This first genome sequencing project forever changed microbiology and launched a new field of study—microbial genomics.

“As our understanding of the human microbiome increases, it’s requiring us to think very differently about health and disease – not just from the perspective of individual organ systems, but instead from an appreciation that we, as humans, are a complex ecosystem embedded in a larger planetary ecosystem,” said Dr. Fraser during her lecture. “Only a tiny fraction of the viruses that surround us pose any threat to humans, but given the staggering numbers of viruses, it should then come as no surprise that SARS-CoV-2 emerged with pandemic potential. To many who study viral diversity and evolution, it was just a matter of time."

In an editorial entitled “A genome to celebrate” published in the February 5, 2021 issue of Science, Dr. Fraser noted that one of the enduring legacies of these early genome efforts is the research ecosystem that was created for tackling complex, technology- driven, and data-intensive multidisciplinary projects that has effectively been leveraged for other large-scale efforts that include the 1000 Genomes Project, the Cancer Genome Atlas, the Human Microbiome Project, and the Human Brain Project.

During her time at the Institute for Genomic Research, Dr. Fraser and her team also sequenced the bacteria behind syphilis and Lyme disease, followed by the first plant genome and the first human-pathogenic parasite. She and her colleagues also helped to identify the potential source of a deadly 2001 anthrax attack in one of the largest investigations conducted by U.S. law enforcement. In 2007, Dr. Fraser launched the Institute for Genome Sciences (IGS) at the University of Maryland School of Medicine.

Dr. Fraser also highlighted in her lecture the importance of climate change as part of the continually evolving COVID-19 pandemic. “History has shown us that disasters can often be the time of biggest change,” she said. “A first lesson we hopefully have learned from the past year is that when necessary, we can in fact mobilize on a global scale to get things done.” 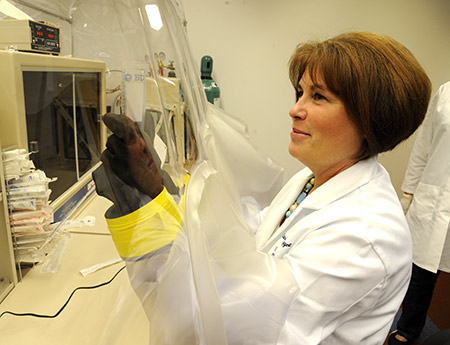 She suggested experts strategize on how to make new climate policies more appealing to the public. Rather than focusing not on specifics of emissions reductions, they should instead concentrate on the economic, social, and health benefits of new climate policies.

“Each of us must play a more active role in engaging with the public in meaningful ways – getting out into our respective communities to work with civic leaders, and local and state policy makers to address a range of issues that they deem to be relevant to them,” Dr. Fraser said during her lecture.

She pointed out that just as the COVID pandemic has disproportionately burdened the economically disadvantaged, climate change and its mitigation policies will also disproportionately affect the poor. The burden of increasing temperatures and loss of jobs in the fossil fuel industry will take a greater toll on them.

“This inequality must be recognized as part of the big picture now, and whatever our climate polices look like, this reality has to be taken into account as part of any final solution,” she said. “Climate change poses an existential threat to our natural world and the fabric of society – and we must remember that this is not an us vs. them situation.  We must showcase successful bipartisan action, whenever possible, to reduce polarization.”

Dr. Fraser underscored the need to address the systemic racism that exists in the sciences, quoting a Science editorial written last year that pointed to racial biases and structural racism embedded in academic institutions. “We will pay a substantial price if we don’t tackle systemic racism now,” she said. “Not only is it morally wrong, but we need to get everybody on board if we are to fully leverage science to tackle the biggest issues confronting our world today, and in the future.”

She closed her remarks by focusing on the critical role science has to play in setting policies that will help combat globally disruptive threats in the future. “As we saw with COVID-19, data may be contradictory at times, and diverse views may emerge, and these will need to be refined and discussed as more data accumulate,” she said. “What we know, and what we do not yet know, needs to be continually summarized and discussed in multiple open, transparent venues, and we need guard against the propagation of misinformation. We cannot vilify those who do not agree with us – instead, we benefit by listening with open minds.”

Dr. Fraser emphasized that if any lesson can be learned from the COVID-19 pandemic, it is that we need to fully embrace “a science of preparedness,” understanding that our actions have consequences and that our world holds the capacity for transformative action. 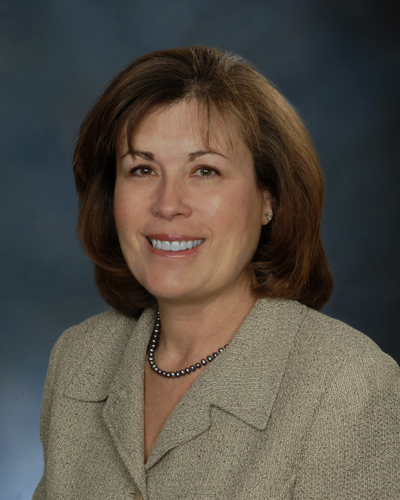