Internationally Renowned Neuroscience Researcher and Academic Leader Asaf Keller, PhD, Appointed Chair of the Department of Anatomy and Neurobiology at the UM School of Medicine

Dr. Keller Has Served as Interim Department Chair Since 2019; He is Internationally Recognized for His Research and Discoveries in the Fields of Sensory Perception, Chronic Pain and Addiction 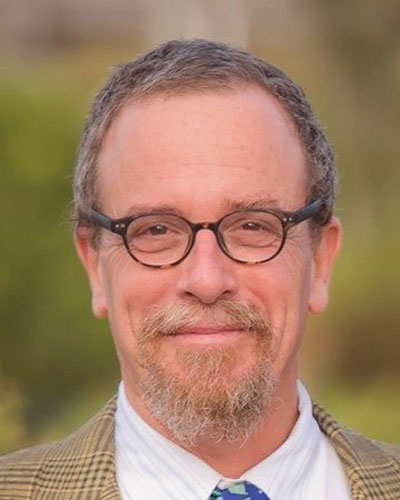 University of Maryland School of Medicine (UMSOM) Dean E. Albert Reece, MD, PhD, MBA, announced today that prominent international neuroscientist and academic leader, Asaf Keller, PhD, who is Professor of Anatomy and Neurobiology at UMSOM, has been appointed to serve as the Chair of the Department Anatomy and Neurobiology, effective immediately.

Dr. Keller has served as the Department’s Interim Chair for the past year and a half, and is internationally recognized as a leader in the fields of sensory perception, chronic pain, and addiction research.

Dr. Keller was recently appointed by Dean Reece to serve as Interim Director of Comparative Medicine and Veterinary Resources, effective this week. He will serve in this capacity until newly appointed Dr. Dawn Fitzhugh begins at the UMSOM, July 1. Dr. Keller follows Robert Bloch, PhD, Professor of Physiology at the UMSOM, who served in the interim role since October, 2020.

A Dean-appointed Review Committee was established and led by Graeme Woodworth, MD, Professor and Chair, Department of Neurosurgery, and Achsah Keegan, PhD, Professor of Microbiology and Immunology.

After extensive review and interviews with faculty across UMSOM and department faculty, staff, trainees and students, Dr. Keller received a unanimous recommendation by the Committee for appointment. Following Dr. Reece’s own review, he accepted and endorsed the committee's recommendation, and appointed Dr. Keller to the permanent chair position.

Dr. Keller, a leading researcher in the field of understanding the neurobiology of pain, joined the UMSOM faculty in 1995. His laboratory, which receives over $1 million in funding per year from the National Institutes of Health (NIH), focuses on sensory perception, delving into questions such as how the brain perceives objects and events, and optimizes the ability to detect and discriminate.

Dr. Keller and his research team are also examining what mechanisms go awry when perceptions are altered by chronic pain or drug abuse. The team takes an integrative approach, focusing on cellular networks, computations, and behavioral aspects of information processing by the brain’s neurons.

Dr. Keller received his PhD in Neurobiology from Ben Gurion University in Israel. He received postdoctoral training in Neurophysiology at Rockefeller University in New York.

“The Department of Anatomy and Neurobiology has had a long and proud tradition of excellence in basic science and translational research under the stalwart leadership of the late Dr. Michael Shipley,” said Dean Reece, who is also Executive Vice President for Medical Affairs and the John Z. and Akiko K. Bowers Distinguished Professor. “We are so very fortunate to have Dr. Asaf Keller who, in every respect, will carry this torch of leadership, scholarship, collaboration and mentoring as the new Chair of the Department. Dr. Keller has truly earned the admiration and respect of his faculty colleagues, and I am confident he will continue this strong legacy of academic leadership and scholarship.”

One of Dr. Keller’s ongoing research projects has been to examine the lasting effects of drug exposure on brain activity and whether exposure to illicit drugs, particularly during brain development, increase the risk of neurological and psychiatric disorders. In separate studies, he and his team have investigated changes in the brain that occur during withdrawal from opioids in an attempt to understand how to reduce the negative symptoms that lead to relapse.

Other areas of research for Dr. Keller’s laboratory include investigating the role of serotonin in chronic pain and whether chronic pain is caused by an abnormal release of serotonin in spinal circuits. If the animal studies yield positive results, the finding could lead to the design of novel treatments to prevent or manage chronic pain.

“Dean Reece has been incredibly supportive of our lab’s research efforts through the years, and I am honored to accept this new opportunity as Department Chair to help advance the goals of the School of Medicine and the Department of Anatomy & Neurobiology,” said Dr. Keller.

In all, the Department of Anatomy and Neurobiology received research and service grants totaling over $12 million for fiscal year 2020 from the National Institutes of Health (NIH) and other agencies. This funding calculates to $696,256 in research funding per each full-time faculty (assistant professor or above), ranking it among the top three for all academic departments in the UMSOM.