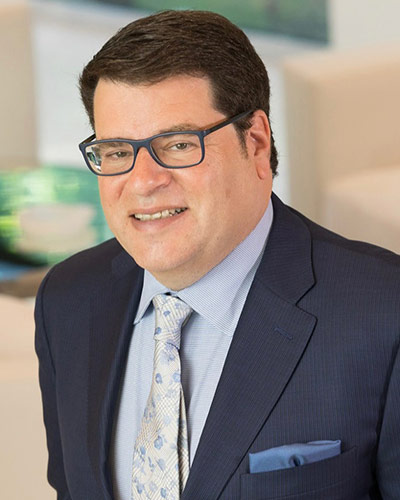 University of Maryland School of Medicine (UMSOM) Dean E. Albert Reece, MD, PhD, MBA, along with UMSOM Board of Visitors Chair Cynthia Egan, announced today that Michael Greenebaum, a prominent business leader and philanthropist who has served on the UMSOM’s Board since 2012, has been named Vice Chair of the Board of Visitors.

“I am honored to serve as Vice Chair of the UMSOM Board of Visitors,” said Mr. Greenebaum.  “We have a tremendous Board that is more engaged than ever.  This is an important and exciting time in the School’s history, and I look forward to supporting Chair Cynthia Egan, Dean Reece and the entire Board, in our mission to improve the human condition.”

The Greenebaum family has been among the most generous and active benefactors in the history of the UMSOM. Through Michael Greenebaum’s leadership, the family’s philanthropic mission endures. He serves on the board of the Greenebaum Family Foundation, which continues the philanthropy of his family by focusing on improving the human condition through education and medicine.

“I know I speak for the entire Board when I say how excited we are to have Michael Greenebaum as Vice Chair of the Board,” said Dean Reece. “He has been a stellar board member who has always focused on making the highest level of impact -- through his generous philanthropy and the valuable time he devotes to the UMSOM and to the Greenebaum Comprehensive Cancer Center (UMGCCC). His strong and consistent leadership in various UMGCCC programs has ensured highly successful outcomes that have positively impacted thousand of lives. His commitment as a civic leader in the community make him one of our most valued members of our Board, and ideally suited to support Board Chair, Cynthia Egan, on the leadership team.” 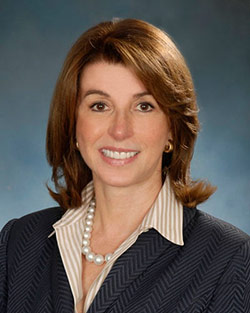 Ms. Egan commented: “Michael is a leader and role model of commitment to philanthropy.  His focus on research, education and medicine is creating enormous impact in the battle against cancer.  I look forward to a continued partnership with Michael as the Board of Visitors advances its mission of support to the School of Medicine,” she said. 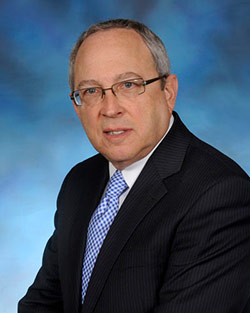 As a member of the UMSOM Board of Visitors, Mr. Greenebaum has played an active role on the Board’s Innovation Committee.  The goal of the Committee, led by board member Abba Poliakoff, Esq., is to develop an academic and business model whereby research breakthroughs and discoveries can be developed into technologies, devices, and therapeutics with emphasis on advancing medical discoveries.  The Committee recently launched an Innovation Fund to support new ventures and emerging technologies.

As co-founder of the Maryland Half Marathon & 5K, he has helped the UMGCCC raise more than $4 million since its inaugural event in 2009. Additionally, Mr. Greenebaum serves on the McDonogh School Board of Trustees, and is an active participant in other civic and community organizations.

Mr. Greenebaum has more than 30 years of experience in all facets of commercial and residential real estate development and has been with Greenebaum Enterprises since 1987. He holds a degree in Real Estate and Urban Development from the American University in Washington, DC.

“I am delighted that Michael has taken on this leadership position for the UMSOM,” said Kevin Cullen, MD, the Marlene and Stewart Greenebaum Distinguished Professor in Oncology, Director of the UMSOM’s Program in Oncology, and Director of the UMGCCC.  For years, Michael has been one of the most important supporters of the Cancer Center and the School of Medicine.  Through his tireless engagement and his personal philanthropy, he has carried forward the critical support for which the Greenebaum family has been known for nearly three decades.  Michael and his family have had a critical impact on so much of what makes us excellent as an institution.   He is a great leader and a great friend.”

Michael Greenebaum's parents, Marlene and Stewart Greenebaum, gave the founding gift for the UM Marlene and Stewart Greenebaum Comprehensive Cancer Center (UMGCCC) in 1994.  From its beginnings, and continuing today, the mission of the Center is to conduct innovative basic and clinical research to impact the understanding and treatment of cancer around the world and to provide state-of-the-art clinical care to cancer patients in Maryland and beyond.