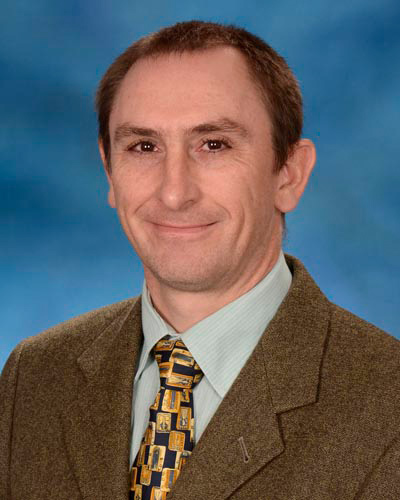 Researchers at the University of Maryland School of Medicine published one of the most comprehensive analyses of how genes get expressed during infection (known as a transcriptome). The analyses include three different strains of the bacteria Streptococcus pneumoniae, which causes pneumonia, meningitis and middle-ear infections. It also includes analyses of the lungs and four other organs in an animal model where the bacteria resides, multiplies and takes hold in the body. Their findings were published today in the Proceedings of the National Academy of Sciences.

“Our new analysis provides valuable new information about the animal host and pathogen interactions that take place during pneumococcal infections,” said study principal investigator Hervé Tettelin, PhD, a Professor of Microbiology and Immunology, and scientist at the Institute for Genome Sciences in the University of Maryland School of Medicine. “It could ultimately help researchers develop new treatments for this bacterial infection.”

Symptoms of pneumococcal infection can include fever, cough, shortness of breath, chest pain, stiff neck, confusion, increased sensitivity to light, joint pain, chills, ear pain, sleeplessness, and irritability, according to the Centers for Disease Control and Prevention. With the introduction of the first pneumococcal vaccine in 2000, deaths attributable to these infections have declined. However, increasing antibiotic resistance have made some of these infections more difficult to treat.

The University of Maryland School of Medicine researchers collaborated with researchers at the University of Alabama at Birmingham and Yale University School of Medicine to analyze gene expression in various infection sites including the nose and throat passages, the heart, bloodstream, lungs, and kidneys. They created an atlas from this gene expression data and found that the bacteria behaves differently depending on which site it infects within the mouse model, and the mouse organs, in turn, also respond differently. They also found certain S. pneumoniae genes were always highly expressed at all anatomical sites, which makes them ideal targets for new vaccines or therapies. In an animal challenge experiment, the researchers found that an anti-inflammatory treatment called interferon beta worked to prevent the bacteria from invading vital organs.

“This promoted host survival and provided us with important insights into potentially new avenues for treatment,” said study co-author Adonis D’Mello, a graduate student in molecular medicine at the Institute for Genome Sciences. “We were able to build upon analytical pipelines to provide a more comprehensive way of studying diverse systemic pathogens.”

Funding was provided through the Merck Investigator Studies Program that supports hypothesis-generating clinical and pre-clinical research that is initiated, designed and implemented by external investigators. This project was also supported with funds from the National Institutes of Health, National Institute of Allergy and Infectious Diseases.

“This research by Dr. Tettelin and colleagues leverages the capabilities within the Institute for Genome Sciences to advance our understanding of host-pathogen interactions” said Claire Fraser, PhD, Dean’s Endowed Professor and Director of the Institute for Genome Sciences. “The ultimate goal of these kinds of studies is to improve the treatments for infectious diseases.”

“This is a very exciting basic research finding that could have widespread implications in our understanding of a potentially dangerous infectious disease,” said E. Albert Reece, MD, PhD, MBA, Executive Vice President for Medical Affairs, UM Baltimore, and the John Z. and Akiko K. Bowers Distinguished Professor and Dean, University of Maryland School of Medicine. “It also has broader applicability for the field of transcriptome research to identify potential new treatments for diseases.”