University of Maryland School of Medicine (UMSOM) Dean E. Albert Reece, MD, PhD, MBA, announced that the UMSOM’s Conflict of Interest Program (COI), previously led by Nancy Lowitt, MD, will now be housed in the Office of Research Affairs, and will be co-led by Terry Rogers, PhD, and Joni Prasad, PhD.

Dr. Rogers, who is Professor of Biochemistry and Molecular Biology and Associate Dean for Research Development & Administration, will serve as Chief Conflict of Interest Officer, in addition to his other responsibilities. Joni Prasad, PhD, Assistant Professor of Microbiology and Immunology and Director of the Office of Research Affairs (ORA), has been named Deputy Chief Conflict of Interest Officer.

"I am so grateful to Dr. Rogers and Dr. Prasad for taking on this important responsibility in addition to their other duties,” said Dean Reece, who is also the Executive Vice President for Medical Affairs, UM Baltimore, and the John Z. and Akiko K. Bowers Distinguished Professor. “This is a natural fit for them, and will be an extension of their close, ongoing work with faculty on research activities, funding, compliance, protocols, and external (national and international) relationships. I am confident they will do an outstanding job.” 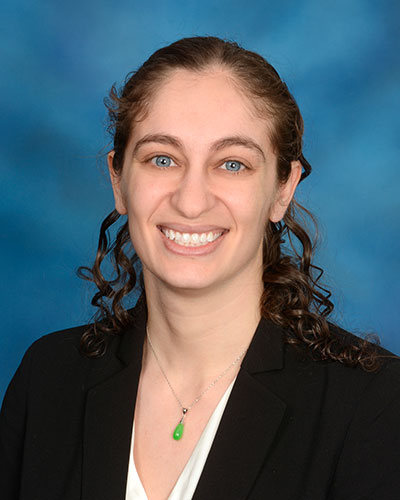 Dr. Rogers was Director of UMSOM's MD/PhD Program for 16 years, and he was the first Principal Investigator of the NIH Medical Scientist Training Program grant. The program has flourished under his leadership and achieved NIH funding designation. For the past 6 years, he has served as Executive Director of the Office of Research Affairs and is also Associate Dean for Research Development and Administration. In this role, he has significantly enhanced support for our Faculty in submission of applications to NIH and other Federal agencies and has promoted applications for large, multi-PI team science awards.

Dr. Prasad, in her role directing the Office of Research Affairs, has fostered a collaborative research environment that emphasizes the building of strong relationships between departmental research administrators and university compliance staff. Dr. Prasad trained as an immunologist and was a postdoctoral fellow in the Center for Vascular and Inflammatory Diseases at UMSOM for more than three years. She was appointed Assistant Professor in the Department of Microbiology and Immunology in 2018. As Director of ORA for the past four years, she has developed new reporting techniques and analytics using powerful databases, including NIH RePORTER.

The Conflict of Interest Program handles all disclosures of financial relationships between faculty and private companies that are separate from their academic and clinical responsibilities. Its mission is to foster a transparent culture in which members of the medical school community are encouraged to seek guidance and take responsibility for complying with state and federal government regulations as well as policies put in place by the University of Maryland, Baltimore. (UMB). All faculty, for example, are now required by the UMSOM to file an eDisclose form every year prior to October 1. The form requires faculty to disclose all financial interests they have including international financial relationships, with companies or foreign governments.

These regulations state that researchers cannot use federal research funds to perform similar research for private companies or foreign governments. “It is critical that we provide web resources and training to faculty so that they are up to date on the increasingly stringent government rules and regulation regarding research,” said Dr. Rogers.  “We look forward to engaging with and supporting faculty on these issues, as we continue to build strong relationships across all departments, centers and institutes.”

Faculty should contact the ORA when they consider entering into consulting agreements or partnerships with any external entity, including drug or device manufacturers, as well as any other private company, boards, or other organizations. Should conflicts arise, the COI chiefs will make every effort to work to develop a management plan. The UMB’s Office of Accountability and Compliance will review these submissions and give final approval as appropriate.

“If in doubt, the best idea is to disclose. We need to ensure that our science is of the highest quality, free from bias, and above reproach,” said Dr. Prasad. “It takes a certain amount of time and effort to ensure that all rules are being followed and all ethical issues addressed, but it is necessary to do so.”

Dean Reece emphasized that the aforementioned expanded roles and increased attention represent an elevation of the COI function within the UMSOM.

“The COI function has taken on a higher level of importance in today’s more stringent research environment, requiring a more advanced level of scrutiny, detail, and rigor,” he said. “Dr. Rogers and Dr. Prasad have already established a strong capability in applying this approach in their rigorous review and tracking of all grants and contracts.  This expanded focus on compliance will follow the same advanced level of monitoring and attention.”