Dr. McCarthy is Recognized for Her Long-Standing Research in Understanding Cellular Mechanisms Behind Sex Differences in the Brain

This award, which is given annually, is granted to individuals for their exceptional contributions to cellular or molecular neuroscience research. The award will be presented on Sept. 25 at the Gill Symposium in Bloomington, Ind., and it recognizes Dr. McCarthy’s long-standing interest in advancing the understanding of cellular mechanisms involved in establishing sex differences in the brain.

“I am honored to receive this award and to be among such prestigious colleagues both this year and in the past, and for the opportunity to present the work of the many exceptional members of my research group,” said Dr. McCarthy.

Using a combination of behavioral and mechanistic approaches in rodents, Dr. McCarthy has worked to identify how processes might go selectively awry in males or females. For the past three decades, she and her colleagues have been exploring sex differences in the brain. With over 200 scientific manuscripts published, her research is leading to new innovations in policy by the National Institutes of Health (NIH) and the Food and Drug Administration (FDA). The impact of these policy shifts will help establish new guidelines for the treatment of men versus women.

Among her recent research, Dr. McCarthy’s laboratory discovered an essential role for the innate immune system in brain development, with different roles in males versus females. A higher level of inflammatory signals and immune reactivity in fetal males may contribute to the greater prevalence of development neurologic and neuropsychiatric disorders in boys, including autism spectrum disorders, speech and language impairments, attention deficits and early on-set schizophrenia.

Dr. McCarthy will also be one of five featured speakers at the 2019 Gill Symposium. The theme of the symposium is “Sex Differences in the Brain.”

“This is a well-deserved honor for Dr. McCarthy, whose research has provided important discoveries in the science behind brain development in males and females. Her research is critical in helping to address brain disorders early in life,” said UMSOM Dean E. Albert Reece, MD, PhD, MBA, who is also the Executive Vice President for Medical Affairs, University of Maryland, and the John Z. and Akiko K. Bowers Distinguished Professor. 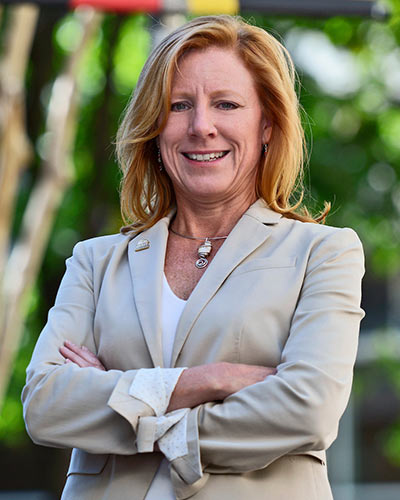