University of Maryland School of Medicine (UMSOM) Dean E. Albert Reece, MD, PhD, MBA, announced today that the UMSOM Department of Psychiatry will make a transition in leadership, continuing the Department’s commitment to its primary mission areas of research, clinical care and education. 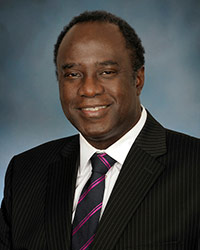 Bankole Johnson, DSc, MD, who had chaired the department since 2014, announced that he will be stepping down from the chair position and taking leave from the institution so that he can focus on his research and patented biotechnologies. As a neuroscientist, he is well known for his pioneering work in addiction medicine.

Jill RachBeisel, MD, Associate Professor of Psychiatry, who has served as the Department’s Vice Chair for Clinical Affairs for the past five years, and previously as Acting Chair of the Department, will assume the role of Interim Department Chair, effective immediately. 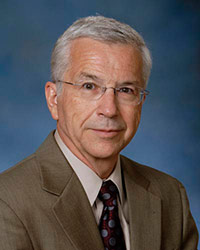 Prior to Dr. Johnson, the department was chaired for 15 years by Anthony Lehman, MD, who is now Senior Associate Dean for Clinical Affairs at UMSOM. The Department has had a long tradition of excellence under multiple leaders in research, clinical care and education, with particular strengths in serious mental illness, addiction, and community and child psychiatry. For more than 20 years, Dr. RachBeisel has played an increasing role in leading the Department’s clinical activities, and in leading the integration of the Department’s programs with the University of Maryland Medical System, Medical Center and School of Medicine, as well as with the State of Maryland and City of Baltimore.

“We are fortunate to have Dr. RachBeisel to continue her effective leadership of this Department,” said Dean Reece, who is also Executive Vice President for Medical Affairs and the John Z. and Akiko K. Bowers Distinguished Professor. “She is highly respected across our community and will continue to move the Department forward in significant ways.”

In particular, Dr. RachBeisel has increased the Department’s focus on population and community health, two areas of focus going forward. The Department has several initiatives in addiction services and community outreach underway that are critical to the local community.

“We are working upstream to identify families at risk, to make interventions, provide access to care and ultimately to foster healthy mothers, healthy babies and healthy families,” she said.

Recently, the University of Maryland Medical Center Midtown Campus debuted two new, expanded 24,000 square-foot adult Inpatient Behavioral Health Units, which will optimize patient experience. The program, led by faculty from the Department of Psychiatry as well as nurses, social workers, occupational and recreational therapists, addiction, counselors and clinical nurse educators, is specifically designed to collaborate with and support people who are struggling with mental health issues, no matter where they are on their path to recovery.

“Our goals going forward are first, to continue to develop and lead robust and evidence-based programs with a focus on our community and the citizens of West Baltimore, the city of Baltimore and State wide” she said. “We will work to further integrate research and clinical care, with the ultimate outcome of benefitting the whole person – with a particular focus and growth of our neuropsychiatric reserach programs.“

“I think we are all excited about the opportunity to look ahead and move the Department forward in strong and positive ways!,“ she said.

A faculty member in the Department since 1989, Dr. RachBeisel began her career in the field of acute psychiatric care, emergency psychiatric interventions and quality management in the hospital setting. During her career at UMSOM, she held numerous leadership positions at the Institute of Psychiatry and Human Behavior, and served as the Division Director for Community Psychiatry at the University of Maryland, overseeing 200 staff & physicians, providing a range of community mental health services. In addition to her Division responsibilities, Dr. RachBeisel has been Chief of Clinical Services for the Department of Psychiatry since 2014, providing oversight of program development, performance improvement, and all clinical services in the Department.

Dr. RachBeisel received her BS Degree in Chemistry and Mathematics from Carlow College in Pittsburgh, PA, and her RN Certification from the Western Pennsvylania School of Nursing.

She then received her MD Degree from the Pennsylvania State University College of Medicine, and completed her residency in Psychiatry at UMSOM. ‚‘‘

‘‘I have great confidence in Dr. RachBeisel, in her leadership, and in the future of the Department of Psychiatry,“ Dean Reece added.

Now in its third century, the University of Maryland School of Medicine was chartered in 1807 as the first public medical school in the United States. It continues today as one of the fastest growing, top-tier biomedical research enterprises in the world -- with 43 academic departments, centers, institutes, and programs; and a faculty of more than 3,000 physicians, scientists, and allied health professionals, including members of the National Academy of Medicine and the National Academy of Sciences, and a distinguished recipient of the Albert E. Lasker Award in Medical Research.  With an operating budget of more than $1 billion, the School of Medicine works closely in partnership with the University of Maryland Medical Center and Medical System to provide research-intensive, academic and clinically based care for more than 1.2 million patients each year. The School has over 2,500 students, residents, and fellows, and more than $530 million in extramural funding, with most of its academic departments highly ranked among all medical schools in the nation in research funding. As one of the seven professional schools that make up the University of Maryland, Baltimore campus, the School of Medicine has a total workforce of nearly 7,000 individuals. The combined School and Medical System (“University of Maryland Medicine”) has an annual budget of nearly $6 billion and an economic impact more than $15 billion on the state and local community. The School of Medicine faculty, which ranks as the 8th highest among public medical schools in research productivity, is an innovator in translational medicine, with 600 active patents and 24 start-up companies. Th School works locally, nationally, and globally, with research and treatment facilities in 36 countries around the world. Visit medschool.umaryland.edu.