This year as in the past, University of Maryland School of Medicine (UMSOM) faculty delivered engaging talks about health and science to local city youth as part of the Mini-Medical “Min-Med” School for Kids Program. Offered as a public service since 2001, Mini-Med School is a tuition-free lecture series provided by UMSOM faculty, during which the lay public learns about diseases and their prevention. Established through a collaboration with the Salvation Army’s Boys and Girls Club of Franklin Square, the Mini-Med School for Kids Program has reached over 600 children since its inception in 2008.

The 2019 program ended with a class taught by five UMSOM Master of Public Health (MPH) students. The students encouraged the graduates to become public health advocates in their own communities and consider careers in health and science. These presentations concluded with a special ceremony in which each “graduate” was presented with a graduation certificate from E. Albert Reece, MD, PhD, MBA, Executive Vice President for Medical Affairs, University of Maryland, and the John and Akiko K. Bowers Distinguished Professor and Dean of the School of Medicine.

"Imagine yourselves finding cures to diseases and helping those in need in your communities,” said Dean Reece. “Imagine yourselves standing out and being the best. The possibilities are endless when you work hard and dream big!"

More than 8,000 local community members have participated in the Mini-Med School Programs. 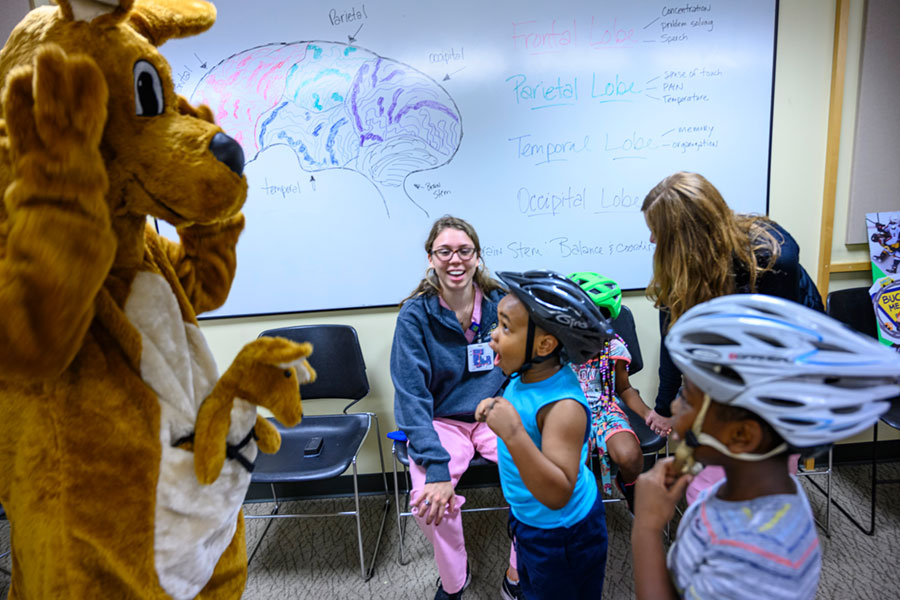 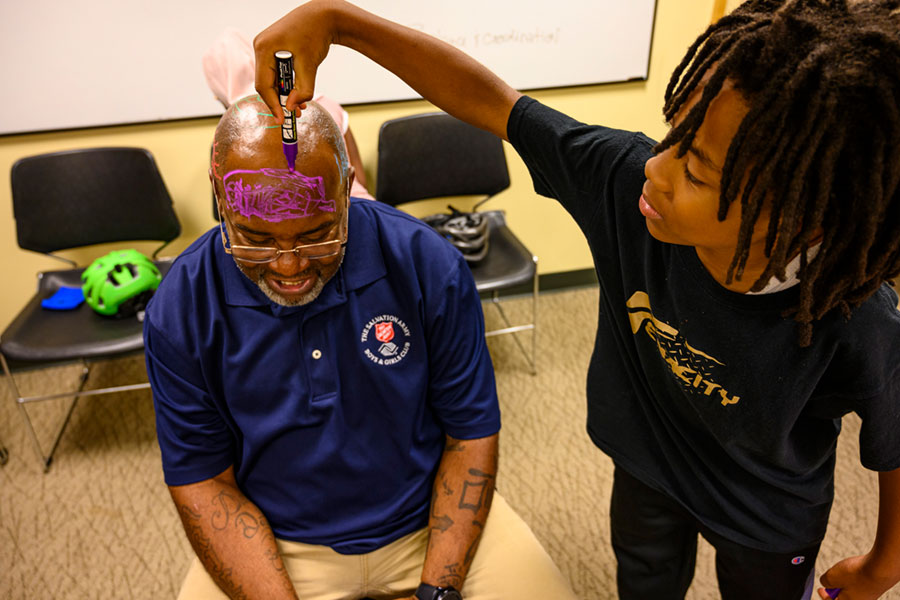 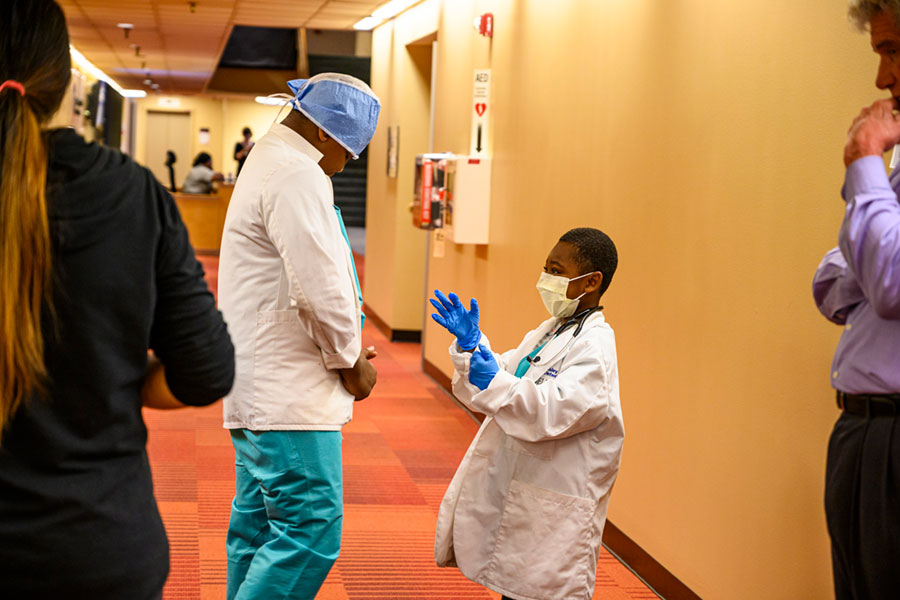 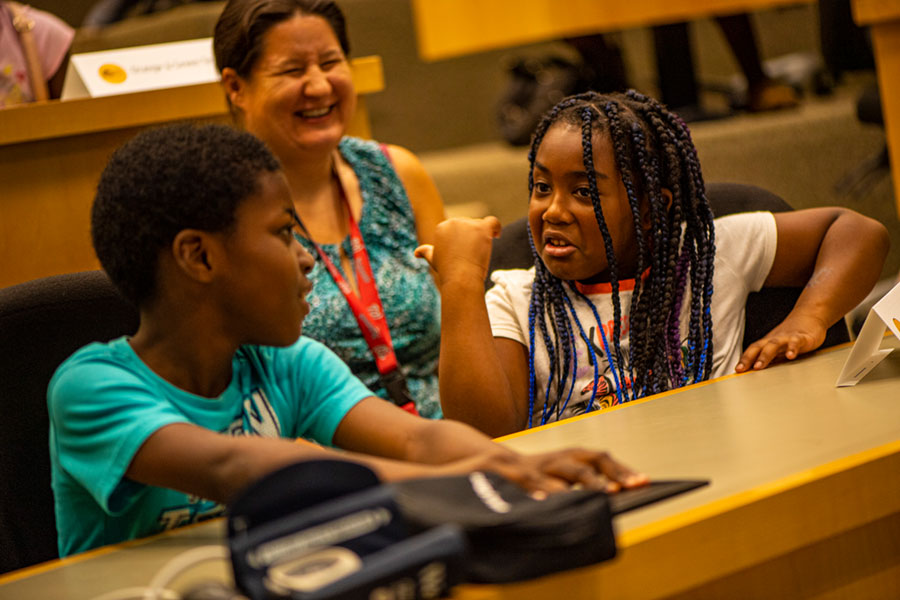 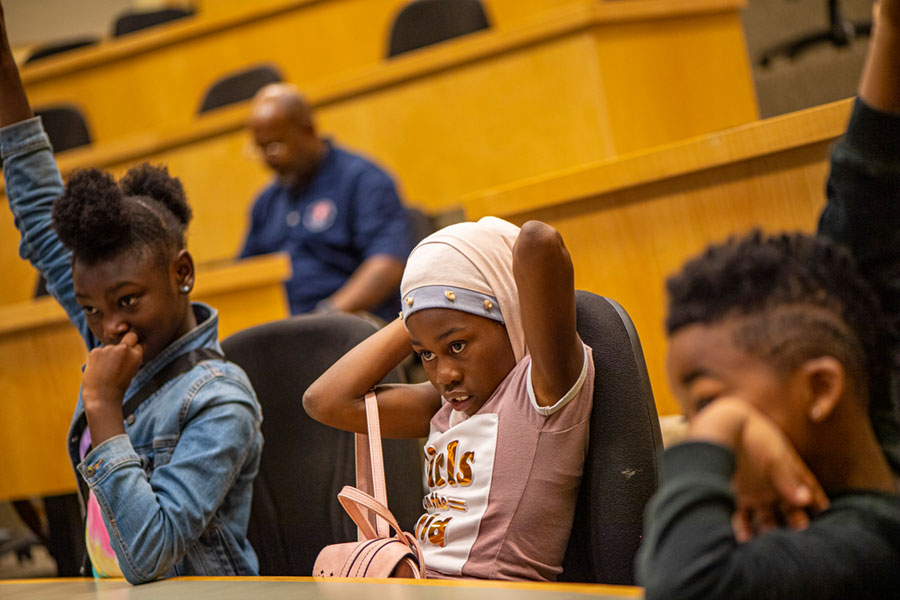 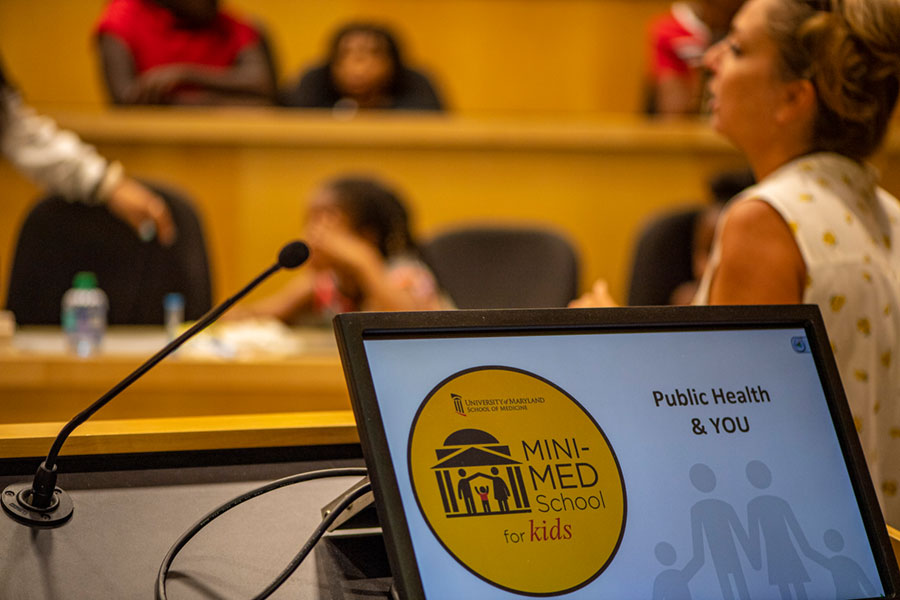 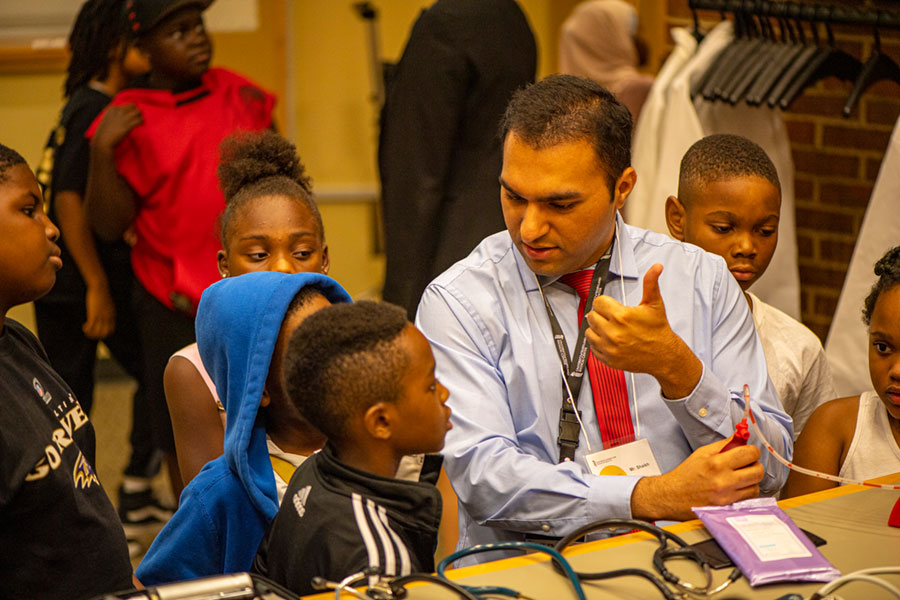 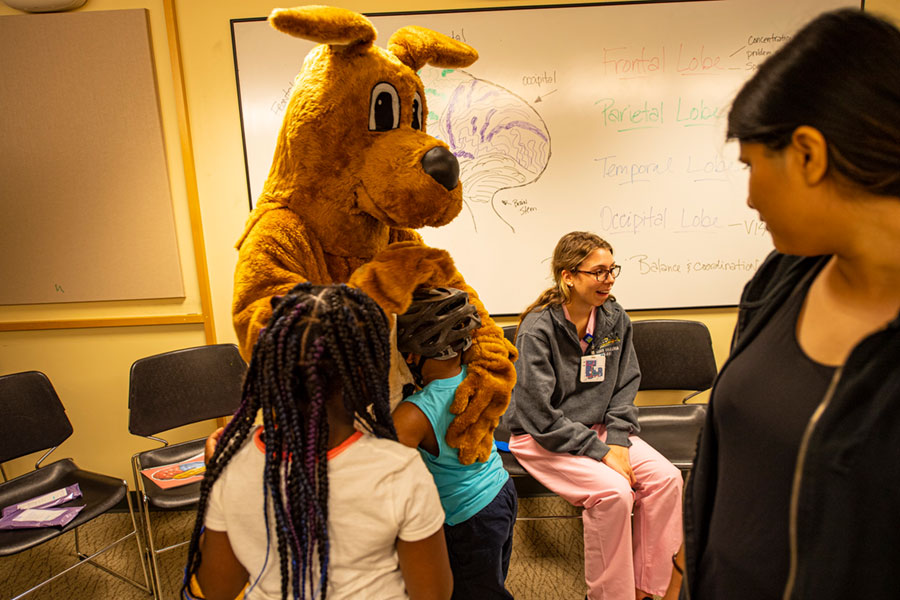 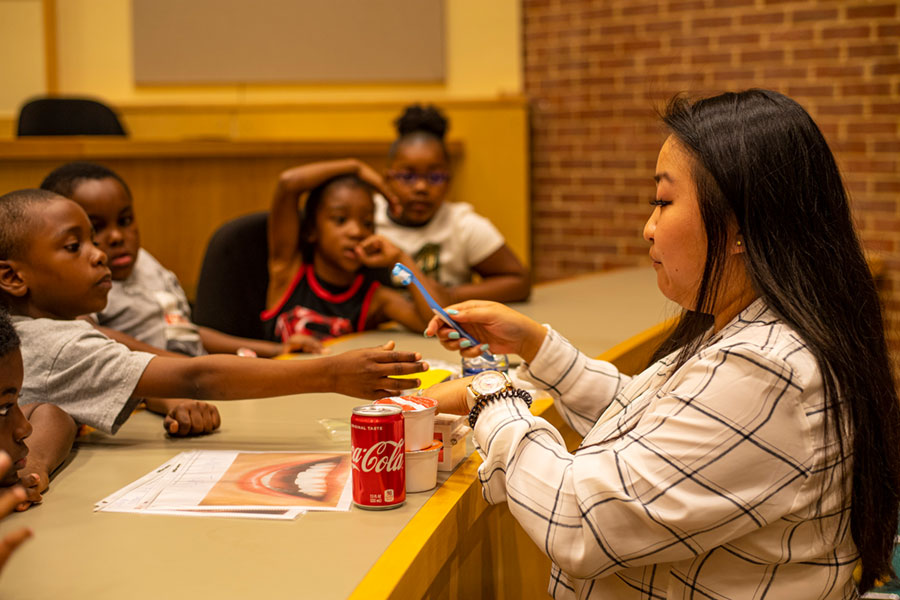 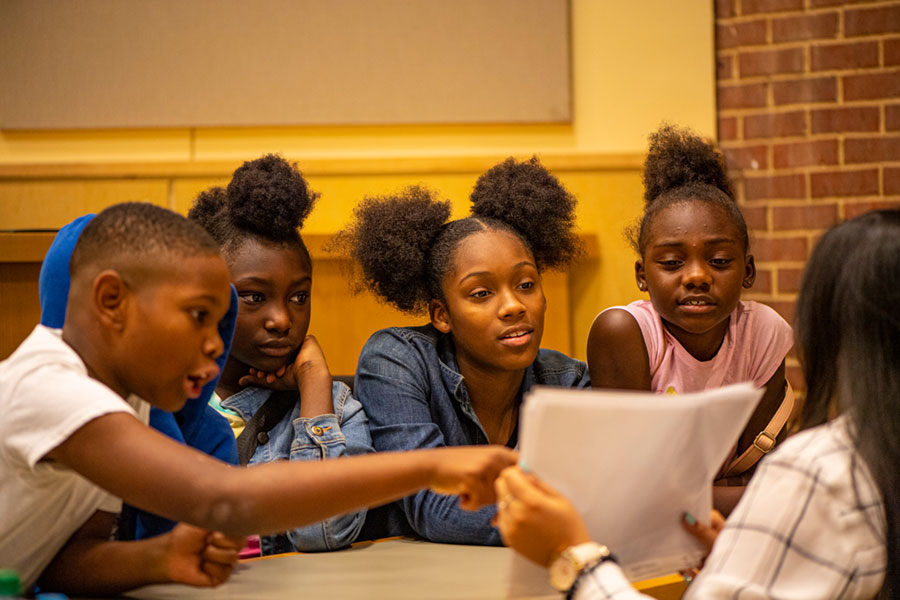 Now in its third century, the University of Maryland School of Medicine was chartered in 1807 as the first public medical school in the United States. It continues today as one of the fastest growing, top-tier biomedical research enterprises in the world -- with 43 academic departments, centers, institutes, and programs; and a faculty of more than 3,000 physicians, scientists, and allied health professionals, including members of the National Academy of Medicine and the National Academy of Sciences, and a distinguished recipient of the Albert E. Lasker Award in Medical Research.  With an operating budget of more than $1 billion, the School of Medicine works closely in partnership with the University of Maryland Medical Center and Medical System to provide research-intensive, academic and clinically based care for more than 1.2 million patients each year. The School has over 2,500 students, residents, and fellows, and more than $550 million in extramural funding, with most of its academic departments highly ranked among all medical schools in the nation in research funding. As one of the seven professional schools that make up the University of Maryland, Baltimore campus, the School of Medicine has a total workforce of nearly 7,000 individuals. The combined School and Medical System (“University of Maryland Medicine”) has an annual budget of nearly $6 billion and an economic impact more than $15 billion on the state and local community. The School of Medicine faculty, which ranks as the 8th highest among public medical schools in research productivity, is an innovator in translational medicine, with 600 active patents and 24 start-up companies. The School works locally, nationally, and globally, with research and treatment facilities in 36 countries around the world. Visit medschool.umaryland.edu.