Many immunotherapy treatments approved to treat cancer are “checkpoint blockade” immunotherapy (CBI) drugs and are designed to block a “checkpoint” molecule that rests on the surface of certain immune cells. Such a block is needed to help the body’s immune cells recognize and attack tumor cells as foreign.

In healthy tissues, however, checkpoints normally keep the immune system from attacking healthy cells as foreign invaders, so blocking them can trigger severe autoimmune reactions in a patient where the body attacks its own healthy tissues and cells. In order to prevent these dangerous autoimmune reactions, physicians typically need to limit the doses administered to a patient which, in turn, limits the effectiveness of these drugs. 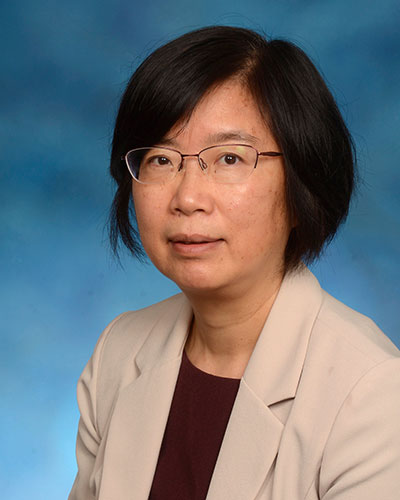 Immunotherapy drugs should no longer be designed to inactivate the CTLA-4 immune checkpoint on the immune T cells that protect against autoimmune diseases. Instead, these drugs should be designed to selectively deplete the regulatory T cells in the tumors while preserving the checkpoints on healthy T cells. This could render the drugs less toxic and enable oncologists to administer the therapy at higher doses.

The researchers base their theory on previous research they conducted including a study published in August 2019 in the journal Cell Research. In this study, they and their IHV colleagues tested a new therapy that selectively targets CTLA-4, a checkpoint on T cells, and found that it selectively destroyed the regulatory T cells within the tumor without affecting CTLA-4 function outside the tumors. In a mouse model, it was found to be much less toxic to the animals and even more effective at destroying tumor cells.

“The challenge is to avoid destruction of the targeted molecule, the CTLA-4 protein by the therapeutic drug,” said Dr. Liu.

Specifically, the researchers compared antibodies with different toxicities and found that toxic antibodies bind to and drag CTLA-4 molecules to the cell’s lysosomes for destruction. The less toxic antibodies, on the other hand, separated from these molecules before the cargo containing the drug and its target reached the waste station. This preservation of CTLA-4 has two distinct effects: it protects the host against autoimmune diseases, and it marks the regulatory T cells that suppress the immune system and cause cancer to progress for more efficient elimination by the CTLA-4 targeting drugs.

In addition, the new therapeutic antibodies can also be recycled after entering the cells, and thus result in higher local drug concentration in the tumors.

“This initial research holds promise for safer and more effective cancer therapies for patients, and we are waiting for FDA approval for first-in-human trials to test this new concept very soon.” said Dr. Zheng.

“This is a very interesting and likely important advance by a very creative group at the Institute of Human Virology,” said Robert Gallo, MD, the Homer & Martha Gudelsky Distinguished Professor in Medicine and Co-Founder and Director of the IHV and Co-Founder and International Scientific Advisor of the Global Virus Network (GVN).

This work is supported by NIH grant AI64350 and CA227671, Melanoma Research Alliances (MRATSA 559400) and a grant from OncoImmune, Inc. of which Drs. Liu and Zheng are among the co-founders and have equity interests.

“Advancing the field of immunotherapy drugs to treat advanced cancers is one of our most pressing public health needs,” said E. Albert Reece, MD, PhD, MBA, Dean, University of Maryland School of Medicine. “I am proud of the research team at the Institute of Human Virology that is working to advance the immunotherapy field and render these drugs less toxic to patients.”

Now in its third century, the University of Maryland School of Medicine was chartered in 1807 as the first public medical school in the United States. It continues today as one of the fastest growing, top-tier biomedical research enterprises in the world -- with 43 academic departments, centers, institutes, and programs; and a faculty of more than 3,000 physicians, scientists, and allied health professionals, including members of the National Academy of Medicine and the National Academy of Sciences, and a distinguished recipient of the Albert E. Laser Award in Medical Research.  With an operating budget of more than $1 billion, the School of Medicine works closely in partnership with the University of Maryland Medical Center and Medical System to provide research-intensive, academic and clinically-based care for more than 1.2 million patients each year. The School has over 2,500 students, residents, and fellows, and more than $530 million in extramural funding, with most of its academic departments highly ranked among all medical schools in the nation in research funding. As one of the seven professional schools that make up the University of Maryland, Baltimore campus, the School of Medicine has a total workforce of nearly 7,000 individuals. The combined School and Medical System (“University of Maryland Medicine”) has an annual budget of nearly $6 billion and an economic impact more than $15 billion on the state and local community. The School of Medicine faculty, which ranks as the 8th highest among public medical schools in research productivity, is an innovator in translational medicine, with 600 active patents and 24 start-up companies. The School works locally, nationally, and globally, with research and treatment facilities in 36 countries around the world. Visit medschool.umaryland.edu 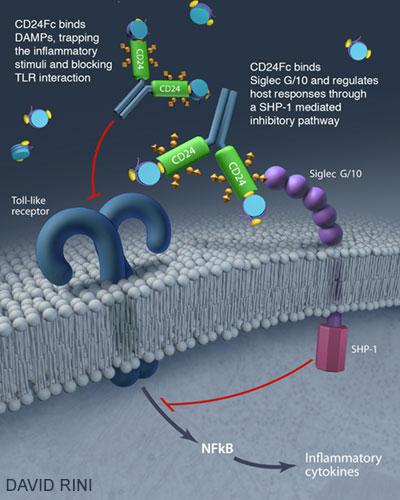 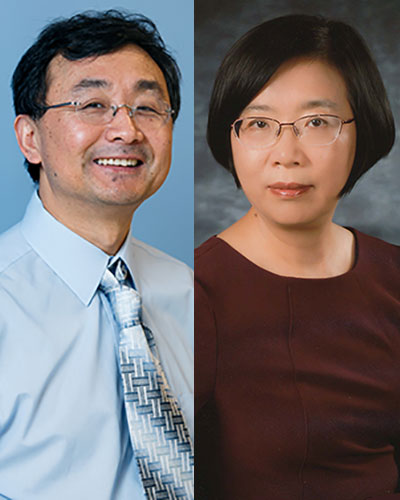 Robert C. Gallo, MD, the Homer & Martha Gudelsky Distinguished Professor in Medicine at the UMSOM and Co-Founder & Director.of the UMSOM’s IHV, announced today that a team of leading scientists in the growing area of immune therapeutics for cancer treatment and organ transplantation, led by internationally-recognized cancer researchers Yang Liu, PhD, and Pan Zheng, MD, PhD will be joining the IHV with academic appointments in the UMSOM Department of Surgery.