Important details in the irradiation protocol and the experimental setup are routinely not included in most of these journal articles, which could lead to dose variations or other errors when other researchers try to repeat the experiments in their own laboratories.

“Glaring omissions or errors in the methodology sections of radiation biology journal articles make the studies very difficult to reproduce, interpret, and compare with other research,” said study principal investigator Yannick Poirier, PhD, Assistant Professor in the Department of Radiation Oncology at UMSOM.

In the new study published this month in the International Journal of Radiation Oncology Biology and Physics, Dr. Poirier and his colleagues from UMSOM and the University of Washington, Seattle, reviewed 1,758 peer-reviewed studies from 469 journals that were used in pre-clinical studies to evaluate the effects of radiation therapy to treat malignant tumors and other conditions. Specifically, they examined the journal article’s “methods” section that described the radiation protocol used.

The researchers found that the source of radiation used in the study (such as low vs high energy X-rays or gamma rays) was unclear or ambiguous in nearly 14 percent of the studies they reviewed. They also found that only 1 percent of studies listed the protocol the researchers used to calibrate the machines, and only 16 percent named the equipment used to measure the absorbed radiation dose.

Several publications were found to contain outright errors where a quantity of radiation dose was misreported. In a few cases, researchers found descriptions of “unachievable” experiments including irradiation produced by a linear accelerator at energy levels that would have been impossible for the named device to produce. 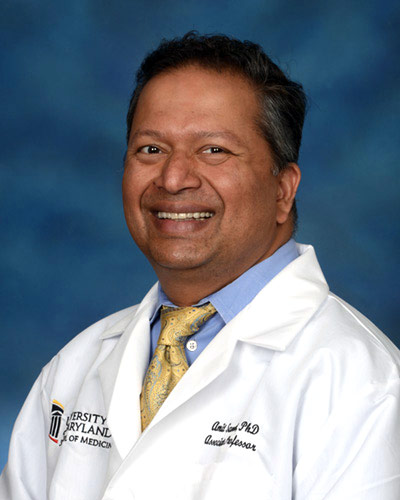 The authors graded the level of physics reporting necessary to successfully reproduce the experiment on a scale of 1 (worst) to 10 (best) and found that only 3 percent of the journal articles would receive a score of 8 or above. “Disturbingly, articles published in higher impact journals -- and, consequently, those that are higher cited -- scored the poorest. This means that these studies with poor-quality physics are being propagated and are amplifying the reproducibility problem,” said study co-author Amit Sawant, PhD, Associate Professor and Chief of the Division of Physics in the Department of Radiation Oncology at UMSOM.

The failure to report or reproduce radiation absorbed dose in radiation biology journal articles is likely due to a lack of consultation between the radiation biologists performing the study and radiation physicists who have the expertise to design, document and validate the radiation delivery protocol, according to the UMSOM researchers.

“We are raising awareness of this issue because the problem can be fixed by involving more properly trained physicists in these studies,” said Dr. Poirier. “That is because radiation delivery follows well-understood radiation physics principles that lend themselves to high accuracy, precision, and reproducibility.”

Efforts are already underway to address the problem: NIH’s National Cancer Institute and National Institute on Allergy and Infectious Diseases recently formed a program to standardize and monitor the radiation dosimetry delivery among the entirety of their preclinical research program funded by the radiation countermeasures program. The American Association of Physicists also established a task force last year to create guidelines for accurate dosimetry in radiobiology experiments. 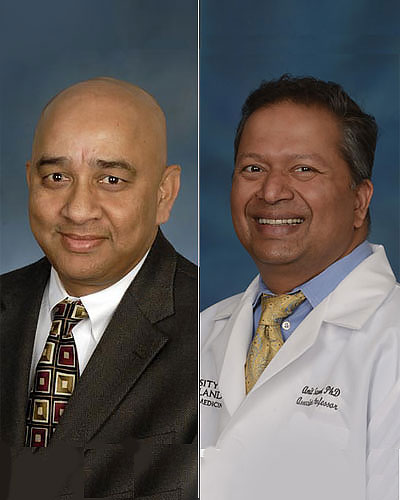 Researchers at the University of Maryland School of Medicine (UMSOM) have received more than $3 million in federal funding from the National Cancer Institute to conduct a study to develop a new precision-based medicine approach to treat lung cancer patients with radiation therapy. The R01 grant was awarded in July 2021 to Rao P. Gullapalli, PhD, MBA, Professor and Associate Vice Chair for Research in the Department of Diagnostic Radiology and Nuclear Medicine, and Amit Sawant, PhD, Professor and recently appointed Vice Chair for Medical Physics in the Department of Radiation Oncology. They will serve as co-principal investigators on the 5-year project, which involves an academic–industrial partnership with Robin Medical, Inc., based in Baltimore, MD.