Dr. Miller, who served at the Mayo Clinic for 25 years, has conducted extensive clinical research on the use of compounds to mitigate the risk of normal tissue injury in patients undergoing radiation therapy. He has served as the national principal investigator/study chairman for five NIH funded national Phase III cooperative group clinical trials using these agents. In addition, he served as Vice Chair of the National Mayo Clinic Cancer Center Practice Committee, overseeing cancer care delivery at all of Mayo’s national sites, and Medical Director for Particle Therapy at Mayo Clinic Florida. He previously served as Vice Chairman of the Board of Trustees of the Albert and Lea Austin Mayo Clinic Health System.

“We are very fortunate to have Dr. Miller bring more than 25 years of radiation oncology experience to MPTC.” said Dr. Regine. “His expertise in cancer care, mitigation of radiation normal tissue injury and clinical trials will make substantial contributions to our vision for proton therapy in significantly improving the lives of cancer patients.”

MPTC is the first center in the Baltimore-Washington region to offer proton therapy, a highly advanced and precise form of radiation, to treat cancer. MPTC’s facility, which began treating patients since February 2016, offers the next generation in proton therapy, called pencil-beam scanning or intensity-modulated proton therapy (IMPT), in all five treatment rooms. This offers patients the most precise treatment available. Proton therapy delivers an increased dose that stops specifically at the tumor site. As a result, it protects much of the surrounding, normal tissue. It is painless, non-invasive and well tolerated which often times leads to fewer side effects now and in the future.

Dr. Miller is the author of more than 170 peer-reviewed papers. He is the founding Editor in Chief of the American Society for Radiation Oncology’s (ASTRO’s) third academic journal, Advances in Radiation Oncology. He also serves as a non-executive director of Tekcapital plc and has a background in commercialization of university generated intellectual property. Dr. Miller began his scientific career as a medical physicist at the University of Kentucky, before going on to graduate from medical school at the University of Kentucky. Dr. Miller also received an MBA Degree from Oxford University in the United Kingdom.

“We are excited to have Dr. Miller lead this important, path-breaking and life-saving center. The Maryland Proton Treatment Center is at the forefront of cancer treatment and will continue to lead in this area under Dr. Miller’s expertise,” said UMSOM Dean E. Albert Reece, MD, PhD, MBA, University Executive Vice President for Medical Affairs and the John Z. and Akiko K. Bowers Distinguished Professor. 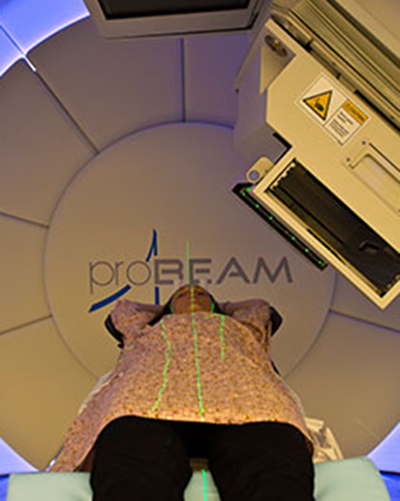 The Maryland Proton Treatment Center (MPTC) announced today that it has taken a major step in strengthening its balance sheet and capital structure to better position it to treat a growing number of cancer patients with its state-of-the-art therapy. 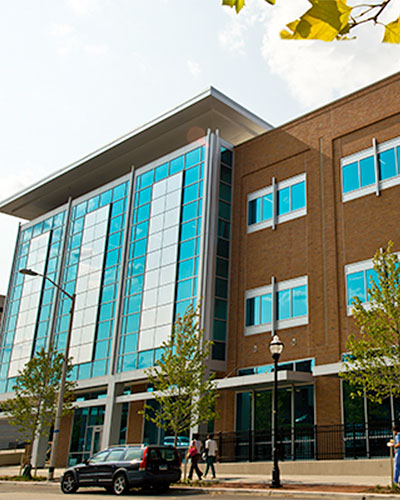 The Maryland Proton Treatment Center celebrated the grand opening of its new $200 million, 110,000-square-foot facility in West Baltimore on June 1. More than 600 people – faculty members and staff, elected officials, community doctors and cancer survivors – attended the event. June 1 is National Cancer Survivors Day, and the event, which had a 'Survivor' theme, based on the reality TV show, also honored cancer survivors. The new facility is the first proton treatment center in the Baltimore-Washington area.

William F. Regine, MD, FACR, FACRO, Chairman of the Department of Radiation Oncology at the University of Maryland School of Medicine (UM SOM), along with UM SOM Dean E. Albert Reece, MD, PhD, MBA, today announced the establishment of the Maryland Proton Alliance (MPA), a new organizational framework for proton therapy at UM SOM that may serve as a national model for patient-centered cancer care. The Alliance will be led by Zeljko Vujaskovic, MD, PhD, Professor in the Department of Radiation Oncology and head of the department’s Division of Translational Radiation Sciences. Dr. Vujaskovic succeeds Minesh Mehta, MBChB, who served as Medical Director of the Maryland Proton Treatment Center (MPTC) during its development from 2012 to 2015. 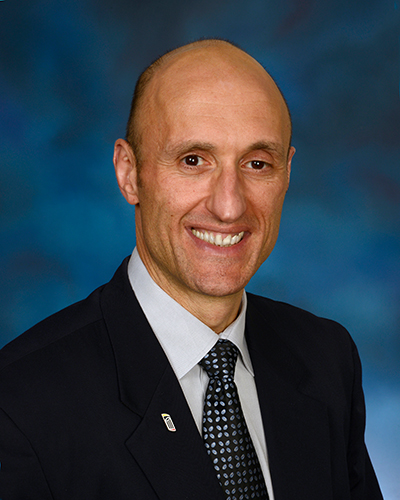