Ms. Parsons Held a Long and Distinguished Career as a Medical Laboratory Scientist and Educator

Ms. Parsons has had a long and distinguished career as a medical laboratory scientist and educator.

“Ms. Parsons is an outstanding and passionate educator,” said Dean Reece, who is also the Executive Vice President for Medical Affairs, University of Maryland, and the John Z. and Akiko K. Bowers Distinguished Professor.  “Over the past 16 years she has served as Program Director and guided the undergraduate Medical Laboratory Science Program to many significant accomplishments. She enjoys working with students and we will miss her passion, dedication and leadership.”

“The UMSOM Medical Technology Program is what it is today, in part, due to the tireless efforts of Deirdre Parsons,” said Dr. Stass. “She was a major force behind our success over the years and we very much appreciate all that she has done for our Program and students.”

During her tenure at UMSOM, Department of Medical and Research Technology, Ms. Parsons has served as the Course Coordinator for undergraduate courses to include, Immunohematology (Blood Banking), Professional Development and the Comprehensive Review Course, which includes oversight of student clinical practicums in Chemistry, Hematology, Microbiology and Immunohematology. She has received several professional awards, including awards for excellence in teaching that were presented by graduating classes. Ms. Parsons has served on numerous SOM committees and is an advisory Board Member on Medical Laboratory Technician (MLT) and Specialist in Blood Banking (SBB) Programs in the area.

As Program Director, Ms. Parsons guided the Medical Laboratory Science Program, the largest of four programs in the State of Maryland and one of the two largest programs in the Mid-Atlantic region, to many accomplishments. The Program has consistently high graduation rates (averaging 98 percent), high employment rates (averaging 100 percent), and a three-year average of 100 percent on the ASCP Board of Certification Examination. Over the years, laboratory science students have received numerous scholarships, honors and awards. In FY16, the Medical Technology Program was re-accredited for a ten-year period by the National Accrediting Agency for Clinical Laboratory Science (NAACLS).

Ms. Parsons received her B.S. in Medical Technology in 1984 from Anna Maria College in Paxton, MA and an M.S. degree in Allied Health in 1990 from the University of Connecticut. In 1992, Ms. Parsons received her Specialist Certificate in Blood Banking and Transfusion Medicine from New England Deaconess Hospital in Boston, MA. She is certified as both a Medical Laboratory Scientist and Specialist in Blood Banking by the American Society of Clinical Pathologists (ASCP). At UMSOM, Department of Medical and Research Technology, Ms. Parsons served as Assistant Professor and Course Director and in 2002 was named Program Director for the undergraduate Medical Laboratory Science Program.

Now in its third century, the University of Maryland School of Medicine was chartered in 1807 as the first public medical school in the United States. It continues today as one of the fastest growing, top-tier biomedical research enterprises in the world -- with 43 academic departments, centers, institutes, and programs; and a faculty of more than 3,000 physicians, scientists, and allied health professionals, including members of the National Academy of Medicine and the National Academy of Sciences, and a distinguished recipient of the Albert E. Lasker Award in Medical Research. With an operating budget of more than $1.2 billion, the School of Medicine works closely in partnership with the University of Maryland Medical Center and Medical System to provide research-intensive, academic and clinically-based care for more than 1.2 million patients each year. The School has over 2,500 students, residents, and fellows, and more than $530 million in extramural funding, with most of its academic departments highly ranked among all medical schools in the nation in research funding. As one of the seven professional schools that make up the University of Maryland, Baltimore campus, the School of Medicine has a total workforce of nearly 7,000 individuals. The combined School and Medical System (“University of Maryland Medicine”) has an annual budget of nearly $6 billion and an economic impact more than $15 billion on the state and local community. The School of Medicine faculty, which ranks as the 8th highest among public medical schools in research productivity, is an innovator in translational medicine, with 600 active patents and 24 start-up companies. The School works locally, nationally, and globally, with research and treatment facilities in 36 countries around the world. Visit medschool.umaryland.edu/ 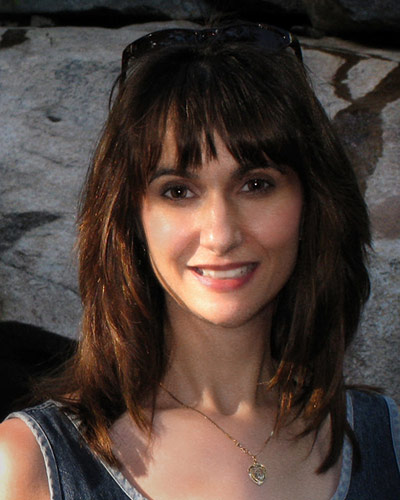