Renowned New York Times journalist Nicholas Kristof spoke on May 3 at the Peabody Library in Baltimore on the need to build a fairer society.

The event was sponsored by The University of Maryland School of Medicine’s Epigenetic Research in Child Health and Brain Development. 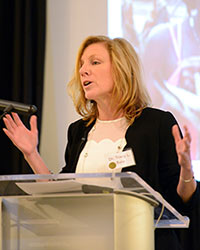 Among those attending were Baltimore Commissioner of Health Dr. Leana Wen, former Maryland Sen. Barbara Mikulski and Robert L. Caret, chancellor of the University System of Maryland. The program also featured Dr. Wen, who spoke about public health in Baltimore.

‌The research is led by neuroscientist Tracy L. Bale, PhD, a Professor in the University of Maryland School of Medicine (UMSOM) Department of Pharmacology. She focuses on improving health through translational research in neuroscience, mental health, obstetrics, and pediatrics. 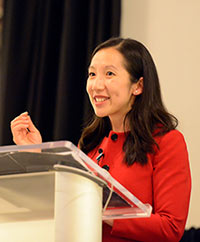 ‌“Throughout his career, Nicholas Kristof has focused consistently on the intersection of science, human development, society and public health,” said Dr. Bale. “This is exactly the area that are new center will be focusing on as we move forward. So this event is a perfect fit.”

Kristof has been a journalist for the New York Times since 2001. He is a two-time Pulitzer Prize winner, and writes a column for the newspaper twice a week.

‌“I am honored to welcome a friend and mentor, Nicholas Kristof, to Baltimore. Thank you to the University of Maryland School of Medicine for organizing an important event around improving health outcomes for our children,” said Dr. Wen. “I applaud their commitment to promoting a greater understanding of how environmental factors impact the health of children. It is fitting that Mr. Kristof, who has devoted his career to improving the well-being of women and children in the United States and around the world, was invited to share his experiences.” 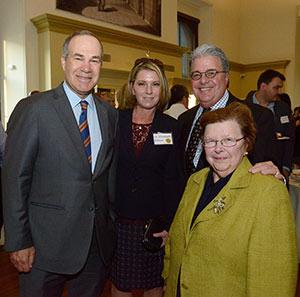 Throughout her career, Dr. Bale has focused on the links between stress and neuropsychiatric disease. She has examined the association of stress experience in parents with an increased risk for neurodevelopmental disorders, including autism and schizophrenia, in offspring. She recently found that in mice, a father’s lifetime stress affects the brain development of his offspring. This research provides a clearer understanding of how the environment dynamically impacts a father’s germ cells and his child’s brain development. Scientists had already known that a mother’s environment during pregnancy, including factors such as poor diet, stress or infection, can negatively impact offspring, but uncovering a role for dad is an exciting new direction.