Federally Funded Projects Worth More Than $14 Million Over Two Years

Each year, more than a million Americans suffer a broken bone in the arm, leg, or pelvis that requires surgery. Approximately 50,000 of these patients develop a surgical site infection. The cause of these infections is complex. The source of bacteria could be the patient’s skin, the injury environment, or from the hospital.

The Pragmatic Randomized Trial Evaluating Preoperative Alcohol Skin Solutions in Fractured Extremities (PREPARE) trial was awarded $10.9 million from PCORI, and will compare two pre-operative alcohol skin solutions, chlorhexidine gluconate and iodine-povacrylex, to see which one is more effective against infections after fracture-related reoperations. This study will recruit 7,820 participants from sites in Canada and the United States.

The Pragmatic Randomized Trial Evaluating Preoperative Aqueous Antiseptic Skin Solutions in Open Fractures) trial (Aqueous-PREP), which has received over $3.2 million in funding from the Department of Defense, Physicians' Services Incorporated Foundation, and McMaster Surgical Associates, will recruit 1,540 participants with fractures treated operatively at clinical sites in Canada and the United States. It will compare the effect of aqueous pre-operative antiseptic skin preparation with 10 percent povidone-iodine versus 4 percent chlorhexidine gluconate on the incidence of infections and fracture-related reoperations.

The PREP-IT program will be jointly coordinated by the R Adams Cowley Shock Trauma Center at the University of Maryland Medical Center and Center for Evidence-Based Orthopaedics at McMaster University.

“For years there has been a controversy over the most effective strategies to reduce infection after fracture treatment,” said Dr. Slobogean. “This research will help us identify the safest and most efficient techniques, and will likely help to substantially reduce the morbidity of surgical site infections.”

Many clinical studies test whether a treatment works under ideal conditions in specialized research centers, but health care is rarely delivered in such idealized situations and settings. These studies will test the treatments’ effectiveness in real-life clinical situations and also can include a wider range of study participants, making their findings more generally applicable.

PCORI is an independent, nonprofit organization authorized by Congress in 2010. Its mission is to fund research that will provide patients, their caregivers, and clinicians with the evidence-based information needed to make better-informed healthcare decisions.

Twenty clinical sites across North America will participate in the studies. The research will begin in the spring of 2018.

“Our faculty have become international leaders in this area of research,” said UMSOM Dean E. Albert Reece, who is also Vice President of Medical Affairs, the University of Maryland and the John Z. and Akiko Bowers Distinguished Professor at UM SOM. “This impressive grant will allow them to continue that leadership and will ultimately help improve care for thousands of patients both nationally and internationally.” 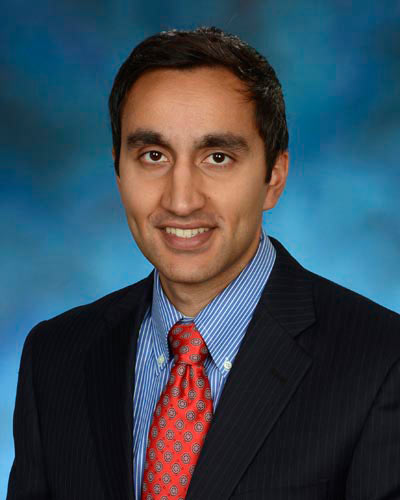