Dr. Parker Honored by the Association of American Medical Colleges at Annual Conference

Donna L. Parker, MD, FACP, Associate Dean for Student Affairs at the University of Maryland School of Medicine (UMSOM), as well as an Associate Professor in the Department of Medicine at the UMSOM, has received the 2017 Careers in Medicine Excellence in Medical Student Career Advising Advisor Award from the Association of American Medical Colleges (AAMC).

The award recognizes the accomplishments and commitment of an advisor dedicated to helping students succeed in fulfilling their career and educational goals through effective career advising. She received the award at the AAMC annual meeting recently in Boston.

“Dr. Parker has been an outstanding mentor and counselor to our medical students,” said James B. Kaper, PhD, Senior Associate Dean for Academic Affairs and Professor and Chair, Department of Microbiology & Immunology. “Her patience, compassion, wisdom and ability to truly listen make her the leader that students look to for support and guidance. Her mentoring relationship with our students does not end at graduation and many of our alumni who are now faculty members continue to seek her advice and guidance. She is most deserving of this award.”

Since its inception in 1999, the Careers in Medicine program has supported the career decisions of medical students by working with faculty and staff at medical schools. The program has transformed medical student career development by formalizing programs, implementing innovative curricula, and training medical school faculty and advisors. To elevate the importance of effective career decisions and those who support students in this process, Careers in Medicine has instituted several awards: one for a successful program, one for an individual faculty advisor, and one that recognizes support staff.

Dr. Parker earned an MD degree in 1986 from UMSOM. She did her internal medicine residency at Mercy Medical Center in Baltimore. She then spent three years on the faculty at the University of North Carolina. In 1992, she returned to Baltimore to join the faculty at the University of Maryland School of Medicine. Since joining the faculty, she has served as the Medical Director of the Internal Medicine Clinics and Associate Program Director for Ambulatory Education in the Department of Medicine and as Assistant Dean for Admissions and Associate Dean for Student and Faculty Development for the School of Medicine.

She has served as Associate Dean for Student Affairs since 2005. In that role, she has taught and mentored medical students in all four years of the curriculum and has been selected by the medical students many times to serve as a platform marshal at the graduation ceremony. 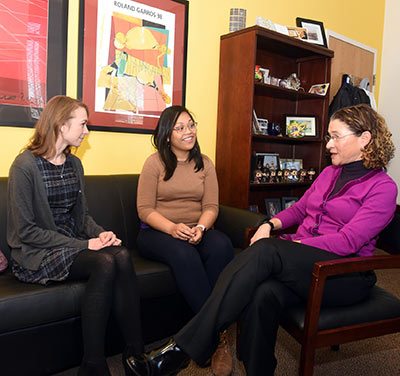 In 1998, Dr. Parker was nominated into the Alpha Omega Alpha Honor Medical Society and currently serves as a co-councilor the UMSOM chapter. She was selected as the first woman Mace Bearer at the 2004 UMSOM graduation. In 2013, Dr. Parker was elected into the University of Maryland School of Medicine Carolyn J. Pass, MD ’66 and Richard J. Susel, MD ’66 Academy of Educational Excellence. In 2014, she received the Leonard Tow Humanism in Medicine Award presented by the Arnold P. Gold Foundation. Dr. Parker is a general internist and a fellow in the American College of Physicians.

“Dr. Parker has been an integral part of our administrative team,” said UMSOM Dean E. Albert Reece, MD, PhD, MBA, who is also Executive Vice President of Medical Affairs, the University of Maryland and the John Z. and Akiko Bowers Distinguished Professor at UMSOM. “Ensuring that our students are well-equipped to take the next steps after graduation is a top priority for our school, and Dr. Parker is laser-focused on that goal. I am extremely gratified that she has received this well-deserved honor.” 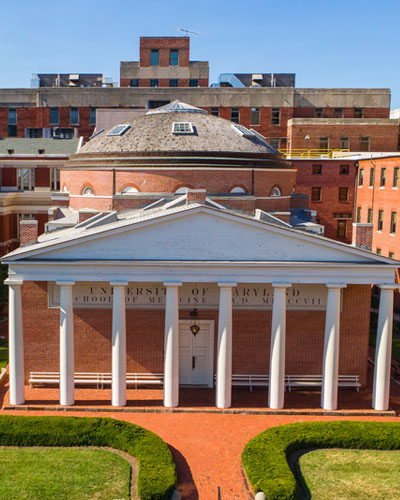 University of Maryland School of Medicine Dean E. Albert Reece, MD, PhD, MBA, announced today that, as part of a new school-wide “Program in Cultural Transformation,” the University of Maryland School of Medicine (UMSOM) will launch a major restructuring of its senior leadership positions to ensure that women are represented at the highest levels of the UMSOM. 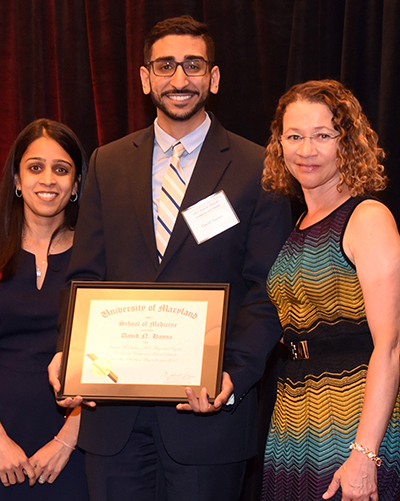 The night before their graduation ceremony, top achievers from the Class of 2017 gathered for the 11th annual Student Awards Ceremony and Dinner, held at the Marriott Inner Harbor. The awards dinner provided an opportunity to recognize the accomplished graduating students who received scholarships, awards, and other academic prizes. This event also recognized the donors whose generous contributions support these awards.