Each year there are more than three million cases of cholera worldwide, a disease transmitted through contaminated food and water that hits developing countries particularly hard. While the standard regimen for protecting against cholera with existing non-living oral cholera vaccines includes administering two doses over a two-week period, research at the University of Maryland School of Medicine (UMSOM) now shows that giving a stronger single-dose of a live oral vaccine could be an effective tool in controlling outbreaks more quickly.

The UMSOM research, published in Clinical and Vaccine Immunology, was conducted in Mali and included 150 participants. Researchers assessed the effectiveness (ability to stimulate vibriocidal antibody, an immune response that correlates with protection) of a single high-dose of live cholera vaccine CVD 103-HgR, which was developed by UMSOM’s Center for Vaccine Development (CVD) and licensed and manufactured by PaxVax, versus the standard two-dose killed vaccine approach.

While the two-dose inactivated vaccine approach has been used and made available for protecting against seasonal increases in cholera cases, a stronger single-dose live oral vaccine approach may be a more effective way to rapidly protect individuals in big outbreaks, the research found.

"Immunization with a single-dose cholera vaccine that could rapidly protect people in low-income countries who have not previously been exposed to cholera would be a significant asset in helping control outbreaks and lower mortality rates," said Myron M. Levine, M.D., D.T.P.H., the Simon and Bessie Grollman Distinguished Professor and Associate Dean for Global Health, Vaccinology and Infectious Disease at UMSOM and senior author in the study. "Given the highly encouraging results, we envision that as a matter of priority high-dose CVD 103-HgR will now be evaluated more completely in low income countries menaced by cholera."

Cholera transmission is endemic in many areas of Africa, Asia and the Caribbean. In severe cases, patients pass large amounts of diarrhea that causes rapid dehydration and ultimately death if left untreated. This year, the World Health Organization estimated that in Yemen alone there have been a million cases of cholera.

Researchers will now study whether the single high-dose live vaccine is suitable for initiating vaccination campaigns early during outbreaks to nip them in the bud, as well as for preemptive vaccination to diminish the burden of expected seasonal increases of endemic cholera in countries where this disease persists as a public health problem. Finally, since young children less than 5 years of age suffer the highest incidence of cholera but are less well protected than adults by the current two-dose oral killed vaccines, it will also be important to assess the effectiveness of a single high-dose of CVD 103-HgR live vaccine in protecting young children.

“The data published in Clinical and Vaccine Immunology is a first step in demonstrating the potential utility of a new formulation of Vaxchora (CVD 103-HgR) at a higher dose in endemic settings,” according to Nima Farzan, Chief Executive Officer and President of PaxVax.

“Vaccine development is a critical part of our research here at the University of Maryland School of Medicine,” said UMSOM Dean E. Albert Reece, MD, PhD, MBA, who is also Executive Vice President, Medical Affairs, University of Maryland and the John and Akiko K. Bowers Distinguished Professor.  “For two centuries the school of medicine has been at the forefront of treating diseases among the most underserved areas.”

The vaccine, named Vaxchora, is a single-dose, live-attenuated oral vaccine. It was approved in 2016 by the Food and Drug Administration  (FDA) for use in U.S. adults 18-64 years old traveling to regions where cholera is common. PaxVax, a global biotechnology company based in California, received marketing approval from the FDA for the vaccine, and CVD scientists have been working closely with PaxVax since 2009 to develop the vaccine and secure FDA licensure approval.

Commemorating its 210th Anniversary, the University of Maryland School of Medicine was chartered in 1807 as the first public medical school in the United States. It continues today as one of the fastest growing, top-tier biomedical research enterprises in the world -- with 43 academic departments, centers, institutes, and programs; and a faculty of more than 3,000 physicians, scientists, and allied health professionals, including members of the National Academy of Sciences, and a distinguished recipient of the Albert E. Lasker Award in Medical Research.  With an operating budget of more than $1 billion, the School of Medicine works closely in partnership with the University of Maryland Medical Center and Medical System to provide research-intensive, academic and clinically-based care for more than 1.2 million patients each year. The School has over 2,500 students, residents, and fellows, and nearly $450 million in extramural funding, with more than half of its academic departments ranked in the top 20 among all public medical schools in the nation in research funding. As one of the seven professional schools that make up the University of Maryland, Baltimore campus, the School of Medicine has a total workforce of nearly 7,000 individuals. The combined School and Medical System (“University of Maryland Medicine”) has a total budget of $5 billion and an economic impact of nearly $15 billion on the state and local community. The School of Medicine faculty, which ranks as the 8th-highest public medical school in research productivity, is an innovator in translational medicine with 600 active patents and 24 start-up companies. The School works locally, nationally, and globally, with research and treatment facilities in 36 countries around the world. Visit medschool.umaryland.edu/. 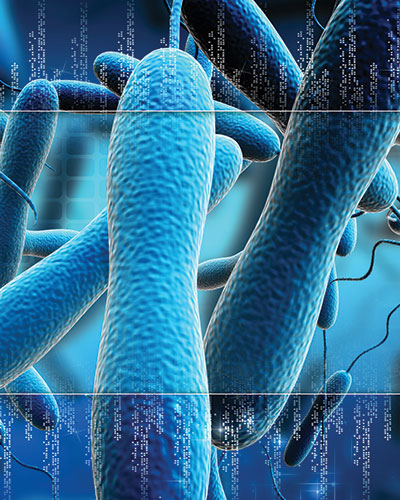 U.S. CDC Recommends Use of Cholera Vaccine Developed by University of Maryland School of Medicine

A cholera vaccine developed by scientists at the University of Maryland School of Medicine’s Center for Vaccine Development (CVD) has been recommended by the U.S. Centers for Disease Control and Prevention (CDC) for use as a protection for U.S. adults traveling to areas with cholera. The CDC’s latest recommendation was published on May 11, in Morbidity and Mortality Weekly Report.