Though both honorees have varying backgrounds, their core commonalities and commitment to advancing biomedical research and human health shined during the poignant ceremony. Dr. Redfield, Professor and Chief of Infectious Diseases of Medicine, Professor of Microbiology & Immunology, and Co-Founder, Associate Director and Director, Division of Clinical Care and Research, Institute of Human Virology, earned his medical degree at Georgetown and completed internal medicine, infectious disease, and tropical medicine training at Walter Reed Army Medical Center and Walter Reed Army Institute of Research before going on to serve in the US Army Medical Corps. George Lewis, PhD, Professor of Microbiology & Immunology and Director, Division of Vaccine Research, Institute of Human Virology, was born and raised in rural Mississippi and did his undergraduate and graduate work at the University of Mississippi before heading to San Francisco, where he worked as a postdoctoral fellow at the University of California San Francisco and then joined the faculty there before coming to the University of Maryland, Baltimore. 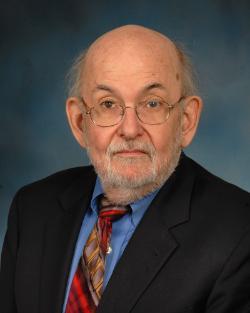 Both Drs. Redfield and Lewis (pictured on right) are longtime colleagues of Robert Gallo, MD, the Homer & Martha Gudelsky Distinguished Professor in Medicine, Co-Founder and Director of the Institute of Human Virology, who is recognized internationally for his discovery of the first known human retroviruses (HTLV-1 and HTLV-2), discovery of interleukin-2 (IL-2), co-discovery of HIV as the cause of AIDS and his development of the HIV blood test. Dr. Gallo co-founded the Institute for Human Virology with Dr. Redfield and the recently retired William Blattner, MD, and Dr. Lewis has been a prominent member of the IHV since its inception.

Faculty members such as Drs. Redfield and Lewis are critical to helping the School of Medicine maintain its standing in the top echelon of U. S. medical schools. Endowed fellowships, which started at Oxford University back in the 1800s, help institutions attract and retain teachers of excellence. “It is because of endowed professorships like this that we can recruit faculty members of great significance to these positions, which continues a tradition going back 500 years,” said E. Albert Reece, MD, PhD, MBA, Vice President for Medical Affairs, University of Maryland, and the John Z. and Akiko K. Bowers Distinguished Professor and Dean of the School of Medicine. “The talented members of this group inspire our students, advance the frontiers of knowledge, and make discoveries that change people’s lives.”

The professorships were established with the generous support of two former IHV board members, The Honorable Robert Keith “Bob” Gray and Stewart Greenebaum. Bob Gray was a friend of Dr. Gallo’s even before IHV was founded, and it was a generous gift from him that enabled IHV to apply for and receive matching funds from the Maryland ENnovations program that fully endowed the Gallo professorship at the Distinguished level. Stewart Greenebaum helped recruit the founders to the state of Maryland. The Greenebaum family’s philanthropic donations to IHV include the initial donation for the Gallo professorship, as well as an annual Distinguished Scholar Lecture, which has attracted world-wide recognition.

“It is an honor to have friends such as Stewart Greenebaum and Bob Gray, who so kindly donated to the establishment of this endowed professorship in my name,” said Dr. Gallo. “In sports, the greatest athletes are given the title, Most Valuable Player (MVP). For the IHV, Drs. Redfield and Lewis are our MVPs,” said Dr. Gallo. “From the earliest years and continuing to present day, Drs. Redfield and Lewis have contributed greatly both in their scientific and financial contributions to the Institute, among many other important things. I am privileged and humbled to have my name attached to their name.”

Dr. Lewis was recruited to the Department of Microbiology & Immunology in 1984. In 1987 Dr. Lewis switched his research program to focus entirely on HIV/AIDS, with an emphasis on HIV-1 vaccine development and antibody-mediated protection against the virus. A promising vaccine candidate is now undergoing clinical trials. Yet Dr. remains humble about his work and his endowed professorship. “I was both surprised and highly honored to be appointed as The Robert C. Gallo, MD Endowed Professor in Translational Medicine,” he said. “Under any circumstance, receiving an endowed professorship is a signal event in an academic life. That this professorship is in the name of my colleague and friend, Bob Gallo, means more to me than words can express.”

Dr. Redfield made several important early contributions to our understanding of HIV, including the demonstration of the importance of heterosexual transmission and the development of the Walter Reed staging system for HIV infection. His dominant area of research interested is the development of novel biological approaches to the treatment of chronic viral pathogens with a particular focus on targeting host cell pathways and host directed immunity for their therapeutic potential. Dr. Redfield oversees an extensive clinical program providing HIV care and treatment to more than 5,000 patients annually in the Baltimore/Washington, DC community. He also leads extensive global care and treatment and postgraduate medical education programs that are currently active in six African countries and one Caribbean country. ““Being selected as one of the inaugural recipients of the Robert C. Gallo Endowed Professorship in Translation Medicine is a great honor,” said Dr. Redfield. “Throughout my career I have deeply treasured translational medicine, but the most rewarding was when I collaborated with the Gallo NCI lab in the early days of the AIDS epidemic. I never dreamed that decades later I would receive this honor.” 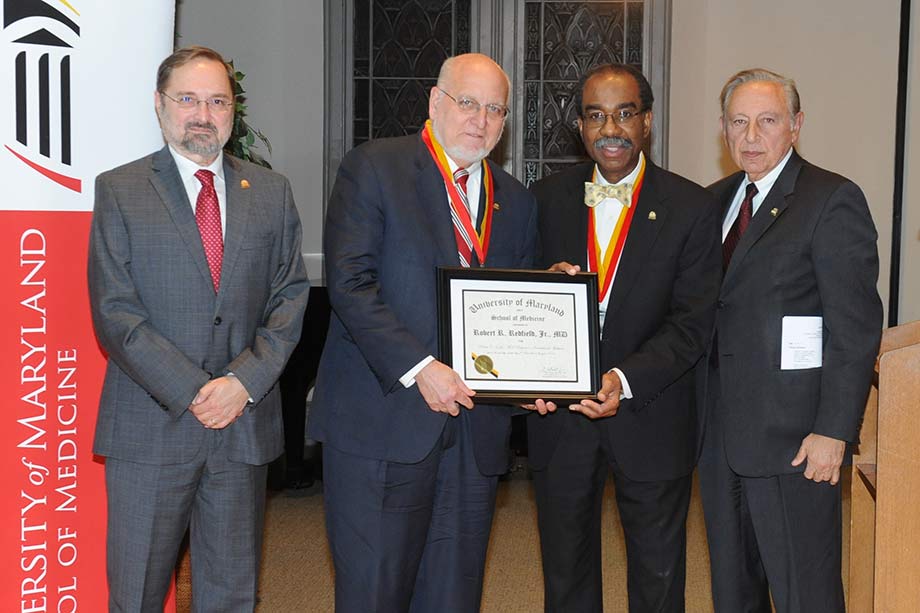 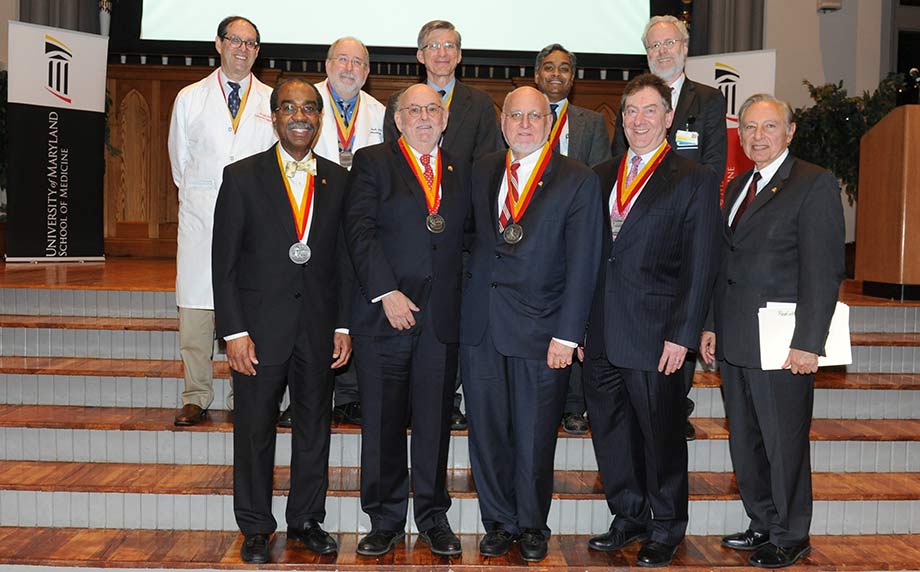 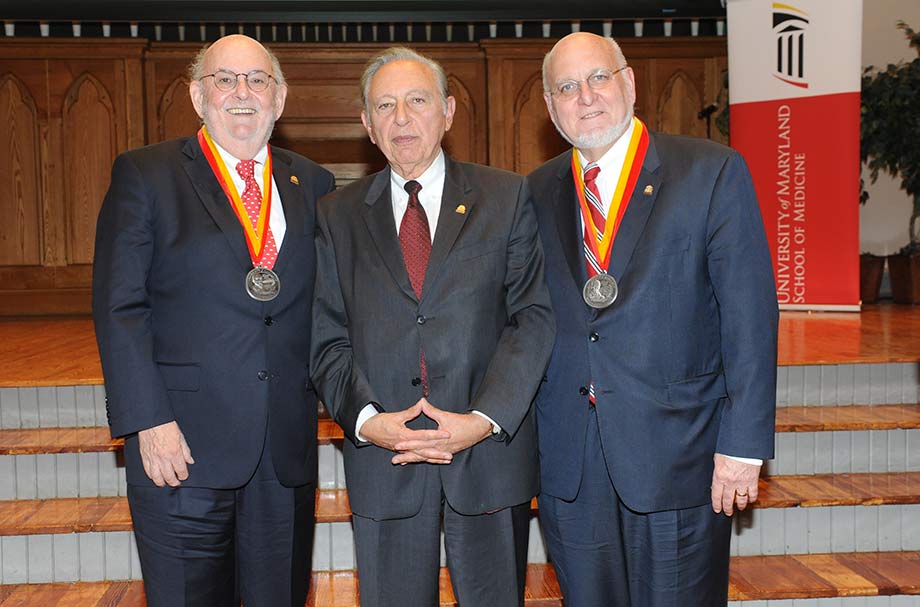 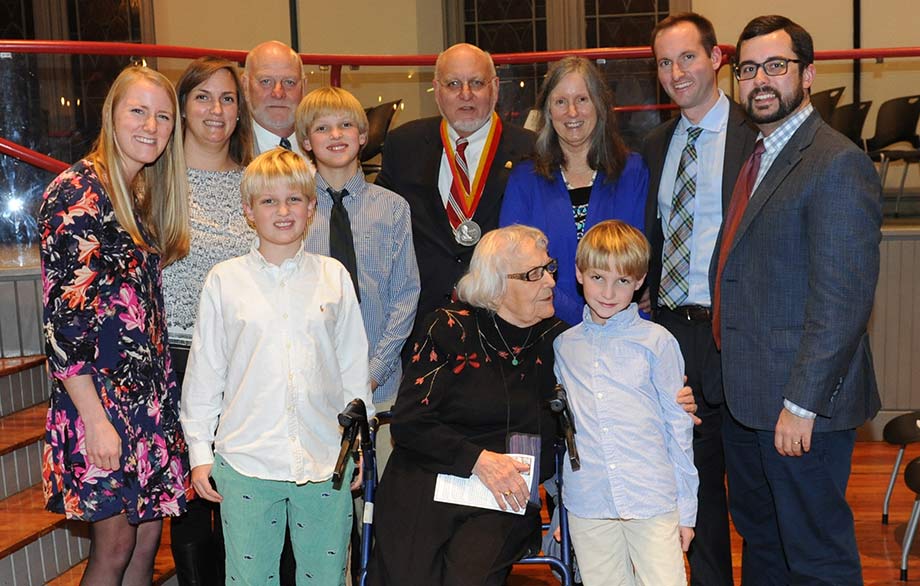 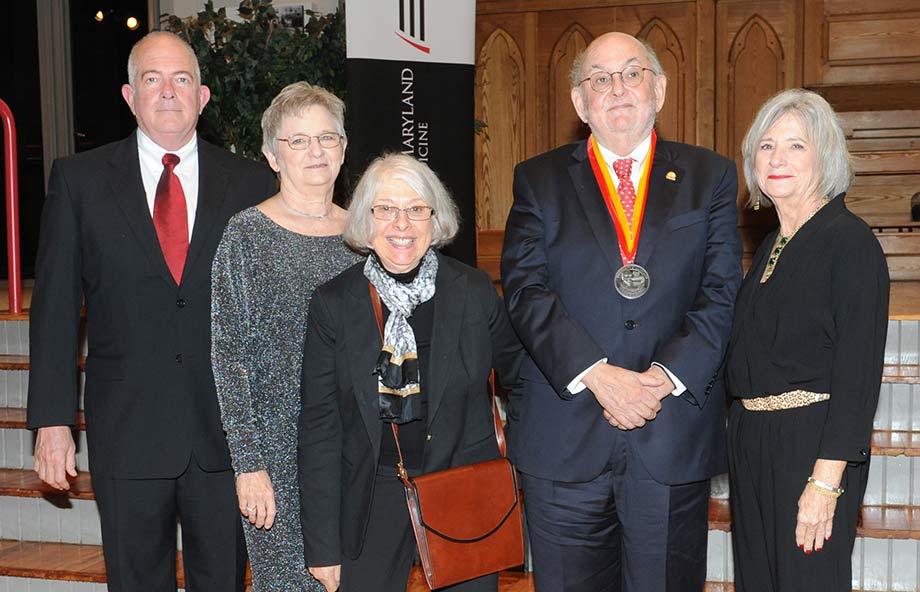 The Institute of Human Virology 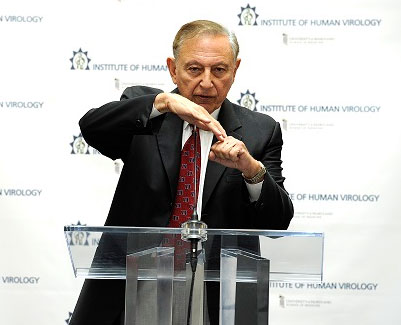