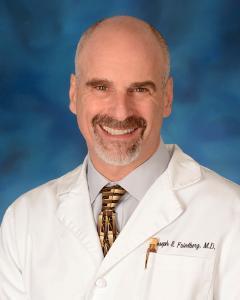 The Division of Thoracic Surgery is proud to not only offer clinical services that span the entire spectrum of our discipline, but to also be conducting an equally broad degree of research related to our field.  Our goal is to not only provide the best possible care, available anywhere in the world, to our current patients, but to conduct the research that will change our field and provide the best treatments available for our future patients.  The Thoracic Division has robust portfolio of active projects, either conducted primarily by our faculty or in collaboration with a host of both local, national, and international investigators.  Our Team is involved in a multitude of clinical research projects related to cancer, benign disorders, and transplantation.  We conduct translational research across the same gamut, but also including the development of medical devices and pharmaceuticals.  Lastly, there is a robust basic science/discovery science effort, related primarily to the fields of cancer and immunology.  Our research is sponsored by National Funding Agencies, Foundations, Industry, and Philanthropy.  We welcome any inquiries from students, post docs, collaborators, investors, and donors. 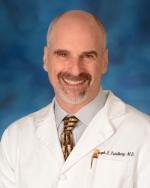 This project brings together a multidisciplinary team of control engineers, biomedical engineers, medical researchers, and clinicians to answer two research questions: First, can the circulation of oxygenated perfluorocarbon through the abdomen (more specifically, the peritoneal cavity) of a large animal, such as a pig, serve as a pathway for clearing carbon dioxide from the animal’s bloodstream?  Second, what are the governing dynamics of this CO2 clearing process?  Perfluorocarbons (PFC) are dense, inert liquids with high solubilities for both oxygen and carbon dioxide.  Previous research shows that circulating an oxygenated PFC through the peritoneal cavity of a pig that has been rendered hypoxic produces a statistically significant improvement in the animal’s blood oxygen concentration.  This provides a potential pathway towards the use of peritoneal oxygenated PFC circulation to supplement mechanical ventilation in critically ill patients, including COVID-19 patients.  The peritoneal cavity essentially acts as a “third lung” in this scenario, providing critical life support for patients whose compromised lung function has exceeded the support achievable through mechanical ventilation.  Respiration requires both oxygen delivery and carbon dioxide removal from the bloodstream, and the proposed work is motivated by the paucity of experimentally validated dynamic models of carbon dioxide transport through peritoneal PFC circulation.  To address this challenge, the research team will design and build an instrumented setup for circulating oxygenated PFC through an animal’s peritoneal cavity.  This will enable an IACUC-approved study to gather both transient and steady-state data measuring the ability of the setup to remove CO2 from the test animal’s bloodstream.  Using these experimental data, the team will develop and parameterize a control-oriented, multi-compartment model of the transport dynamics governing CO2

The purpose of the NMVB is to provide an ongoing resource for investigators involved in the research of mesothelioma. It is intended to provide biospecimens (blood, plasma, white blood cells, and normal and mesothelioma tissues) together with demographic data (age, sex, race, occupational history and other epidemiologic information), and clinical data (stage, treatment and survival information). The NMVB has been funded for 10 years (since 2006) and the home website is at http://www.mesotissue.org.  The University of Pittsburgh (U Pitt) School of Medicine has been the coordinating site and tissue/blood/data collection has been done at primarily three sites, New York University (NYU), University of Pennsylvania (U Penn) and the University of Pittsburgh (U Pitt).  We will continue to make NMVB’s research resource broadly available to the research community (see ongoing aims).  We are proposing to expand the NMVB to one new site (see expansion aim) and improvement informatics architecture to ensure access to mesothelioma resources long term (see continued innovation aim).

Identifying which malignant pleural mesothelioma patients will benefit from aggressive, surgery-based treatment remains a challenge. The purpose of this project is to overcome this challenge by developing a predictive risk score. This project builds on previously validated work in the development of a MPM Prognostic Score, MPS, which uses imaging, lymph node staging and pathology-based prognostic factors to predict which patients will benefit from multi-modality therapy. This project will build on MPS’s predictive potential by substituting lymph node staging and histological subtypes by immunological and novel genetic information to biomarkers already integrated into a new pre-operative and predictive MPM Risk Score (MRiS). 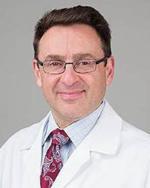 The Role of Eosinophils in the Lung Allograft

Studies utilizing the murine model of lung transplantation have helped advance our understanding of lung allograft-specific immunoregulation. Unlike other solid organs, the lung relies on proinflammatory feedback loops for establishing and maintaining graft acceptance. We have described that CD8+ T cells, long considered deleterious to solid organ allograft survival, play a critical role in lung allograft tolerance. During the last funding period we have uncovered that lung-resident eosinophils, also considered a detrimental cell population for graft health, shape CD8+ T cell fate to prevent their effector differentiation. We have also described that such eosinophil-CD8+ T cell feedback loops play a crucial role in maintaining graft survival in vivo. We have further demonstrated the translational potential of this discovery and ameliorated graft rejection by altering eosinophil migration into the lung through intra-tracheal administration of chemokines. Such data provides proof of principle that mechanistic studies utilizing murine models offer the possibility for the development of lung-specific protocols for immunosuppression and tolerance induction. In project #2 we propose to decipher multiple aspects of lung allograftspecific proinflammatory loops in tolerance induction and maintenance. In aim #1 we plan to explore the interactions of IFN-γ and IL1-β in lung allograft acceptance and in aim #2 we will focus on antigen specificity in tolerance induction as well as mechanism/s mediating T cell receptor instability. In aim #3 we will focus on the role of PD-L1 in maintenance of tolerance. In addition we will explore the potential for bi-specific antibody-mediated induction of tolerance through forced interaction of eosinophils and T cells. The studies proposed here would lay the foundation for translational large animal and human work in lung allograft management in an effort to improve survival. 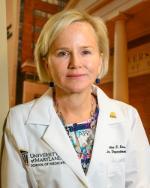 Our laboratory has focused on developing therapies to improve the success of lung transplantation. We have shown the protective effects of adenosine 2A receptor (A2AR) agonists on post-transplant lung ischemia-reperfusion injury (IRI). More recently we have used A2AR agonists combined with a recently FDA approved ex-vivo lung perfusion (EVLP) platform to improve the recoverability rates of donor lungs. This proposal is the first human clinical trial designed based on our laboratory discoveries evaluating the FDA approved A2AR agonist, regadenoson, in lung transplantation. IRI which clinically presents as primary graft dysfunction (PGD) continues to be the most common cause of early mortality and morbidity in lung transplant recipients. Use of marginal donor lungs is avoided by surgeons because the risk of primary graft dysfunction is great, and for this reason the lungs are the least used of any solid organ in multi-organ donors. Furthermore PGD is a significant risk factor for chronic allograft rejection (bronchiolitis obliterans), the primary cause of mortality in recipients beyond 1-year of transplant. Currently no therapeutic agents are clinically available to prevent PGD, and treatments are limited to supportive strategies. We have shown that the early initiators of IRI are activated macrophages and invariant NKT cells (Natural killer T-cells) in the donor lung setting into action a cascade of events through release of cytokines that results in bringing neutrophils (the end effector cells) into the allograft. In our preclinical models, treatment with A2AR agonists potently inhibits activation of these immune cells and significantly attenuates lung IRI. In order to increase the number of transplantable donor lungs, EVLP has been developed and enables marginal donor lungs to be tested, rehabilitated and successfully transplanted. We have shown that A2AR agonist treatment of marginal donor lungs during EVLP enhances rehabilitation leading to successful transplantation. This proposal will translate our long-standing research to the bedside using two specific aims designed to study the safety of regadenoson in human lung transplantation. Regadenoson will be used in this proposal because it is FDA-approved for use in humans for cardiac imaging and has undergone a randomized clinical safety trial for infusion in sickle cell patients to treat acute chest syndrome. Furthermore currently regadenoson is being used in the follow-up Phase 2 multi-centered trial evaluating efficacy in sickle cell patients. We anticipate that regadenoson treatment of lung transplant recipients will be safe and will decrease the incidence of PGD. We also anticipate that treatment of marginal donor lungs with regadenoson during EVLP will permit a greater number of these lungs to be successfully transplanted. Clearly, expansion of the donor lung pool and prevention of PGD, as described in this proposal, would radically advance the field of lung transplantation. This trial is highly innovative because it approaches the delivery of regadenoson from two different ways: 1) recipient infusion at the time of transplantation, and 2) donor lung infusion while on EVLP.