The LGAP Initiative will follow the concluding Special Trans-Disciplinary Recruitment Award Program or “STRAP,” which has been highly successful in attracting top physician-scientists and scientists to the UMSOM. The STRAP Initiative was led by Terry Rogers, PhD, Professor of Biochemistry and Molecular Biology and Associate Dean for Research Development and Administration, along with the Office of Research Affairs (ORA) Director Joni Prasad, PhD.

The launch of the LGAP Initiative follows five consecutive years of growth in UMSOM’s research portfolio. (See Figure 1 below). Overall, total funding during this period has increased 41 percent to a record $563 million in FY 2020, with $600 million in total grants and contracts projected for 2021.  NIH funding since 2015 has also increased by more than 40 percent.  Specifically, funding of R01 grants, (those awarded by NIH to individual research projects), increased by nearly 60 percent.  In addition, the number of NIH-funded primary investigators at UMSOM has increased by 62 during this period.  Even during FY 2020 and the ongoing pandemic period, total research funding at UMSOM has increased remarkably by 4 percent.

Why the LGAP Initiative?  An in-depth analysis of NIH funding by Joni Prasad, PhD, Assistant Professor of Microbiology and Immunology and Director of the ORA, discovered that while UMSOM has met or exceeded R01 funding levels of peer institutions, UMSOM’s funding in large, program project or center grants (P01, P30, P50, U19, U54s, and similar) is significantly lower than these peer medical schools.  Accordingly, ORA concluded that an area of promising research growth for UMSOM lies in encouraging PI teams to submit applications for such large NIH awards.

“We know how challenging these large, multi-project proposals can be to develop, and we believe that the support offered in this new LGAP Initiative will provide a tremendous opportunity for our investigators to secure large NIH awards to robustly expand and support their research programs,” Dr. Prasad said.  “We are very excited to work with our faculty on this new program.”

Submission of these types of large program project or center type grants may require initial seed funding to support small upfront costs prior to submission, including the assembly of external boards/scientific advisory groups, outside consultants, scientific writing support, and travel.In cases where the team has shown sustained commitment to a new submission, one-time seed awards funded by the Dean’s Office will be available for up to $10,000. In order to access this seed funding, the team will need to submit a two-page proposal to ORA with details about their intended grant submission (specific funding opportunity, proposed research team, research plan, pre-approval from the NIH when required, etc.) and the intended use for the seed funding.This funding is only available for submissions of new awards, not competitive renewals of existing large grants.  Any team awarded seed funding will be required to invite an ORA representative to their regular team meetings to demonstrate progress towards the submission.Administrative SupportThe administrative work necessary to support these kinds of submissions is extensive, and not all departments/centers/institutes/programs have the necessary resources to provide someone with the time and expertise to support these submissions.The Dean's Office will contract with a grants administration specialist to assist the departmental grants administrators with reviewing all RFA requirements, organizing submission timelines, preparing budgets, compiling and reviewing documents, and entering data into ASSIST for submission. 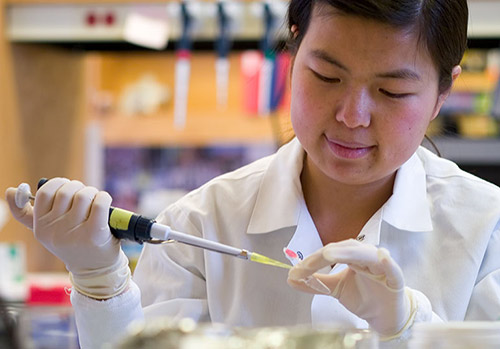 The Dean’s Office is aware that large grants of this nature frequently require significant amounts of institutional support which will be included in institutional support letters. Requests for contingent support, must be made through ORA and will be negotiated on an individual basis for each proposal.ORA recommends having a detailed budget for the proposal available, along with details about the specific uses for with the support is intended.

For any team that is awarded a new grant that was submitted through the L-GAP Initiative within the next 3 years, a one-time award of $30,000 in unrestricted funds will be awarded to the PI for use at their discretion.  For multiple PI awards, the incentive payment will be split evenly between the PIs.ORA notes that this program is intended to support submission of NIH program or center-type applications, including P01, P30, P50, U19, and U54s. Anyone submitting a new program or center-type grant outside of these specific activity types must submit a request, including a proposed budget, to ORA for consideration as to whether the proposal is within the bounds of the program (i.e. non-NIH centers, rare NIH center opportunities like UM1s, P41s, etc.).

“The Dean’s investment will provide UMSOM’s outstanding investigators with the necessary resources and pilot funding to build multidisciplinary teams designed to pursue novel research ideas and innovative approaches with the goal of generating larger federal awards. These awards will pave the way to accelerate improvements in patient care and quality of life.”

“It is clear that success with such large grants requires a strong institutional commitment. The LGAP initiative will foster new collaborations and provide seed funds to get new multi-investigator projects off the ground, thus making the UMSOM more competitive for these types of awards.”

“I applaud Dr. Reece in initiating the LGAP Initiative.  Such grants have been invaluable to the CVD, as they have allowed us to bring together multidisciplinary teams that advance scientific innovation and impact beyond what would be possible through individual efforts.”

“Collaborative team science supported by large program grants offers the opportunity to greatly accelerate and expand the impact of the numerous exceptional researchers here at the medical school.  This new program will lower the 'activation energy' required to secure these large grants and offer important support to sustain them."

Peter B. Crino, MD, PhD
Professor and Chair of the Department of Neurology

“The LGAP Initiative will allow investigators to submit complex grants that require extensive administrative support to pull together.  Large grants such as U54s, PO1, and P30’s are invaluable as they allow for added synergy between investigators and raise the visibility of the School of Medicine nationally.”

In announcing the LGAP Initiative, Dean Reece commented: “Our growth in total grants and contracts since 2015 has been nothing short of extraordinary.  Now, we are ready to take the next step in accelerating and expanding our research portfolio with a unique Dean’s Challenge Program that will energize our faculty in unprecedented ways.” 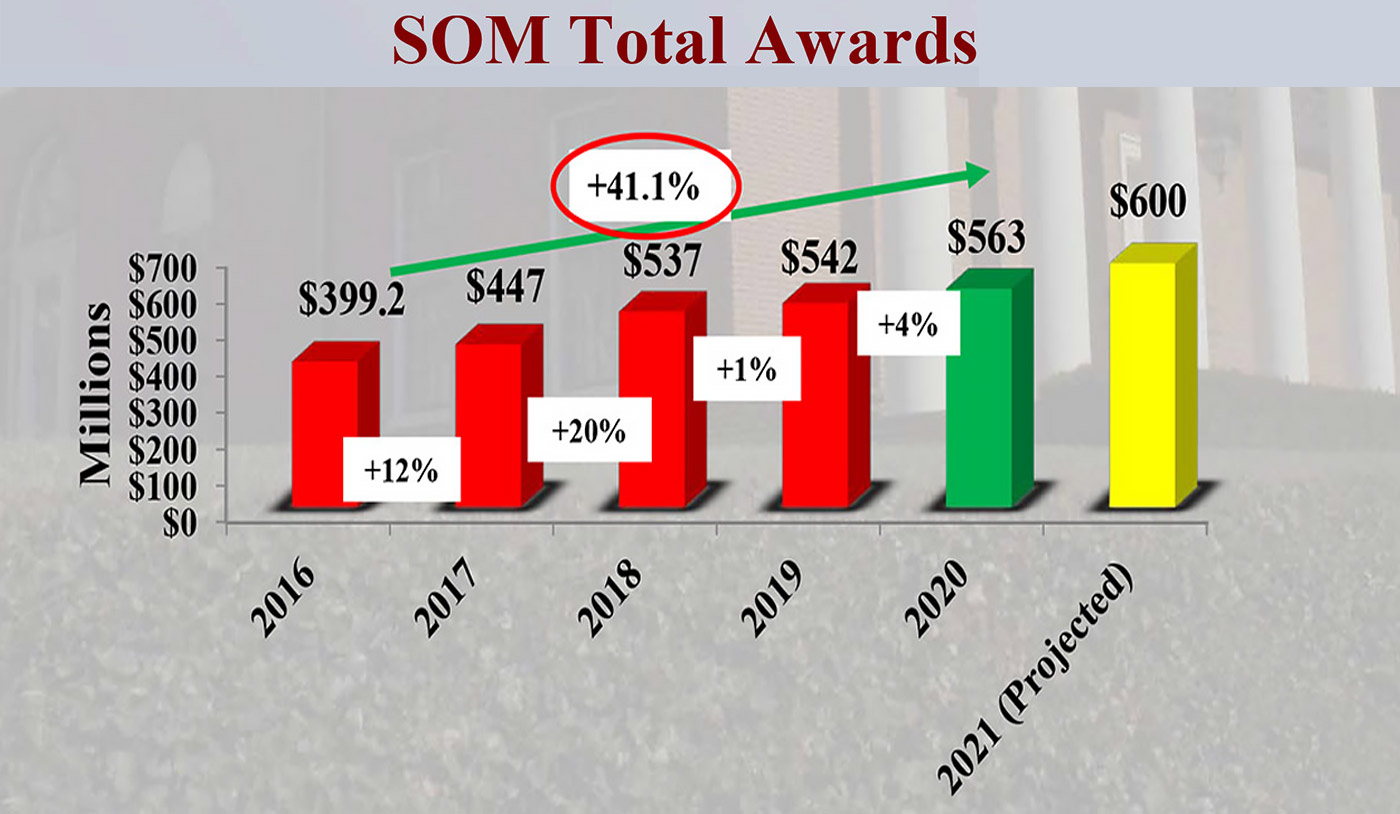