How Do Cells Know When They Need to Increase Energy Production? Study Clarifies a Once Elusive Process

Researchers at the University of Maryland School of Medicine (UMSOM) identified an important regulatory mechanism by which cells control the production of ATP, a universal energy-rich chemical that enables our brains to think, our muscles to contract, and our hearts to beat.

In a recent set of findings published in the journal Nature Metabolism, the researchers found that cells have an elegant mechanism for determining when ATP production needs to be ramped up to meet the increased energy demands required by an activity of an organ, a tissue or a cell.

“We looked specifically at heart cells and determined how they communicate with their numerous subcellular microscopic power factories, the mitochondria, to produce more ATP,” said study corresponding author Liron Boyman, PhD, a Research Associate in Physiology at UMSOM.

“We found that the first critical signal comes from rising levels of an ATP "waste product" called ADP, which is produced when cells are active and consuming ATP.  Additionally, a second signal acts in concert with rising ADP in the heart cell and this signal is elevated calcium within the mitochondria.”

These two factors work in tandem to alert the cell that it needs to produce more energy. 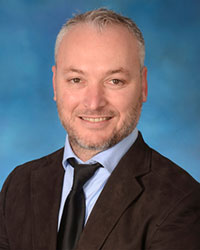 The researchers performed direct quantitative measurements of ATP production by the mitochondria and measurements of calcium levels in mitochondria using living functioning heart cells and their mitochondria from rats by using cutting-edge real-time confocal microscopy and newly developed florescence and luminescence tools.

They characterized how calcium enters mitochondria and found that it activates two specific enzymatic pathways, which use the energy stored in specific types of foods -- carbohydrates and proteins. The resulting enhanced production of ATP preferentially consumes carbohydrates and proteins to keep the voltage of the mitochondrial inner membrane at a high level.  This voltage is the key power source used to make ATP.

“Maintaining this large voltage is necessary to enable robust production of ATP in the mitochondria to match the energy needs of the cell,” said study co-author Jonathan Lederer, MD, PhD, a Professor of Physiology at UMSOM and Director of the Center for Biomedical Engineering & Technology. “While this mechanism had long been suspected, we provided the first quantitative evidence showing how the system works and identified what specific components do to make this elegant process hum.” 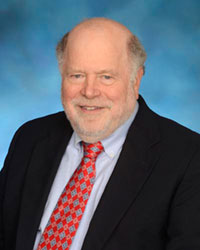 Understanding the process of ATP production may prove crucial to developing new treatments for mitochondrial diseases where inadequate energy is produced by the mitochondria and other aspects of mitochondrial signaling go awry.  These can include rare inherited conditions, like progressive myoclonic epilepsy, and also more prevalent acquired conditions like heart failure, Alzheimer’s disease, Lou Gehrig’s disease, diabetes, and muscular dystrophy.

“This is an exciting finding that highlights the importance of basic research and its potential to identify new approaches for treating debilitating diseases,” said UMSOM Dean E. Albert Reece, MD, PhD, MBA, University Executive Vice President for Medical Affairs and the John Z. and Akiko K. Bowers Distinguished Professor. “It would not have been possible without the innovations made by the research team that enabled them to make finely-tuned measurements inside the mitochondria of a single cell.”

The researchers are next planning to study brain cells and ATP production with the hope of ultimately determining how mitochondrial dysfunction may contribute to the onset of Alzheimer’s disease.

This research was supported by grants from the National Institutes of Health and the American Heart Association.