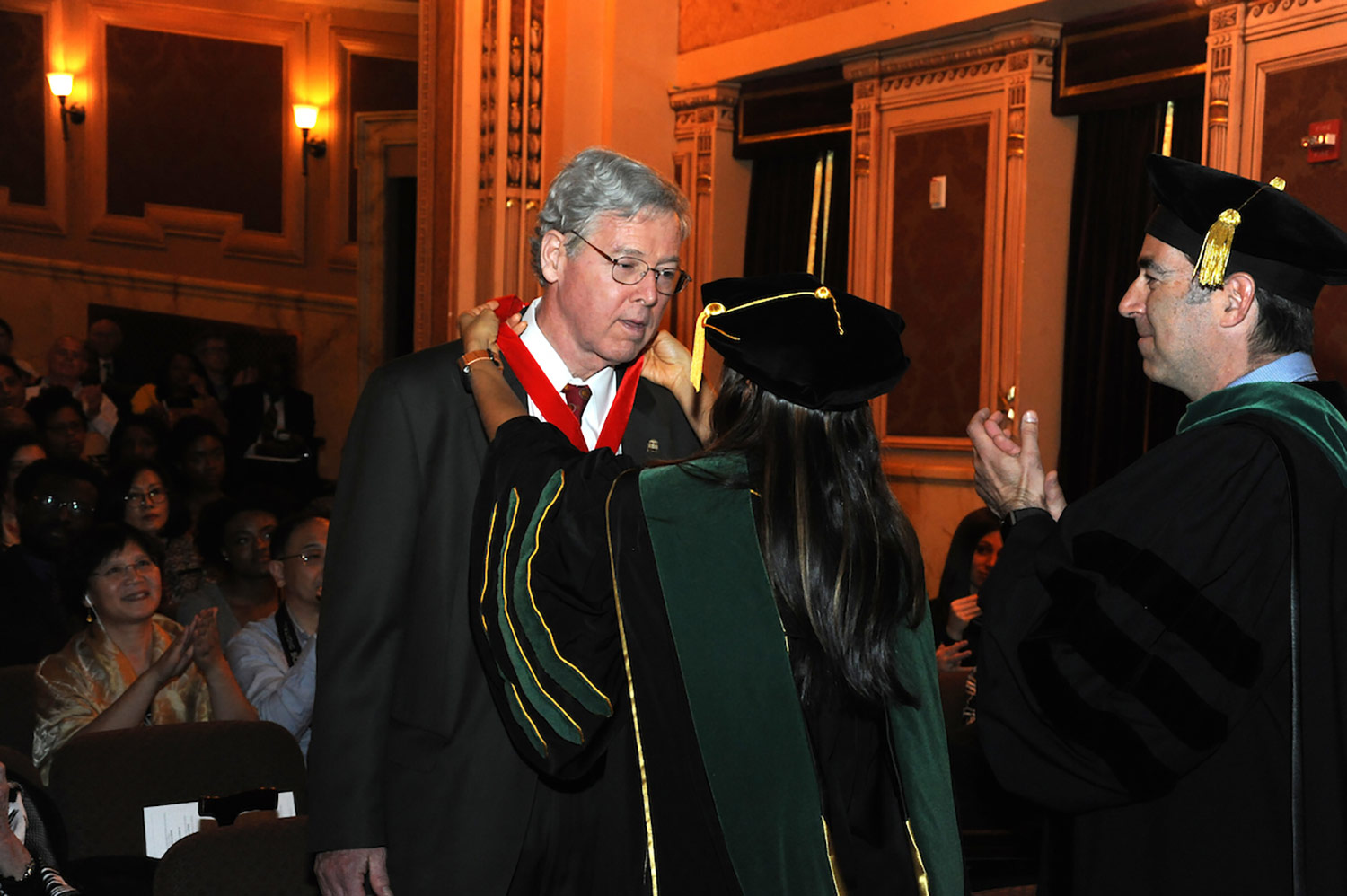 He was an UMSOM Institution for More than Three Decades, the ‘Face of the School’ for Thousands of Students

The University of Maryland School of Medicine (UMSOM) Community mourns the passing of one its most respected and best-known figures, Milford M. “Mickey” Foxwell, Jr., MD, ‘80, Associate Dean of Admissions at UMSOM from 1989 to 2018, who passed away at his home in Cambridge, MD, on July 16, 2020.  He is survived by his wife, Sue, and son, Louis.

Dr. Foxwell, a nationally recognized medical school admissions leader, built a legacy that few in his field can match.  In virtually every measure of admissions success – in particular, the quality and diversity of students -- the UMSOM rose to its highest levels in history during his tenure.  He was the “face of UMSOM” to every student who applied to and/or matriculated into the MD Program at UMSOM over the past three decades, and was the most influential administrator in the School in selecting the students who would become future physicians.

"Mickey Foxwell will always be remembered as a consummate professional who transformed the School of Medicine over his three decades of service,” said Dean, E. Albert Reece, MD, PhD, MBA, who is also Executive Vice President for Medical Affairs, UM Baltimore, and the John Z. and Akiko K. Bowers Distinguished Professor.  "He consistently set the highest standards of quality and excellence, and served as an outstanding representative of our institution.  The UMSOM is what it is today, in part, because of the extraordinary and tireless investment of time and resources that he made."

Donald Wilson, MD, MACP, the John Z. and Akiko K. Bowers Distinguished Professor and Dean Emeritus, recalled his early interactions with Dr. Foxwell in 1991 when Dr. Wilson arrived as Dean of the UMSOM.

“I found Mickey to be reserved and respectful, and very early in our relationship it became obvious that he was also principled and honest.  He was wise beyond his years and understood that becoming a physician was not a reward for the elite but instead a commitment to serve,” Dean Wilson said.  “He truly was a servant leader of stature. He was dedicated to the medical school, his family, Maryland, and all of those who entered medicine under his observation. The University of Maryland School of Medicine will always be privileged to have had him as a part of its family.” 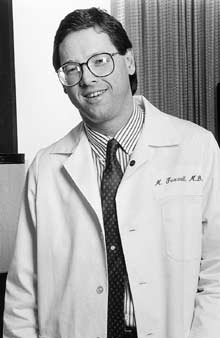 Born and raised on Maryland’s Eastern Shore, Dr. Foxwell attended local schools including Cambridge High School before receiving his undergraduate degree from the University of Maryland College Park in 1975, and then his medical degree in 1980 from the University of Maryland School of Medicine. He completed his internship in Internal Medicine at the Washington Hospital Center in Washington, D.C., and then returned to complete his residency at the University of Maryland Hospital and Baltimore Veterans Administration Medical Center. Dr. Foxwell served as chief resident in medicine at University of Maryland Hospital during the 1983-84 academic year.  He then joined the faculty of the School of Medicine as an Assistant Professor of Medicine in the Division of General Internal Medicine, and was appointed by then Dean John M. Dennis, MD, to the Admissions Committee in 1987.  He was appointed Assistant Dean for Admissions in 1989 and Associate Dean in 1990. During his tenure, Foxwell oversaw acceptances of more than 4,000 students—nearly half of the school’s living alumni. He was also a compassionate physician and gifted teacher, having been recipient of the school’s Golden Apple Award for best clinical teacher from the UMSOM Class of 1988.

Dr. Foxwell was also remembered as a mentor to many students and administrators over the years, including Sandra M. Quezada, MD, MS, Associate Professor of Medicine in the Division of Gastroenterology and Hepatology, who succeeded him in his role as Associate Dean for Medical School Admissions.

“Mickey Foxwell faced the final stage of his life with tremendous courage and grace,” said Dr. Quezada, who is also Assistant Dean for Academic & Multi-Cultural Affairs. “He was my mentor and true friend, and I am so very grateful for the time I was able to spend working with him, and learning from him. His legacy lives on in the thousands of physicians he admitted to medical school, and in me.”

“Mickey was and always will be part of the soul of our medical school.  He cared so deeply about our students, the staff, and the faculty, treating everyone with the same kindness and respect always.  His generosity of spirit was tremendous.  We will all miss his curbside history lessons, his mischievous smile, and his commitment to the important work he carried out in the Office of Admissions for so many years.  Our medical education team has lost a consummate colleague and a true friend.

“Mickey was truly the heart and soul of our school during his many decades here.  He was a self-effacing, dedicated, and very generous colleague with a wry sense of humor.  He will be greatly missed,” he said.

“Mickey was one of the busiest people on campus, but he was also the most knowledgeable about our history and Davidge Hall, so I invited him to serve as chair of the MAA Davidge Hall Restoration Committee. His response was, ‘I’d be honored.’ Selfless, humble, and generous are my three best words to describe him,” he said. 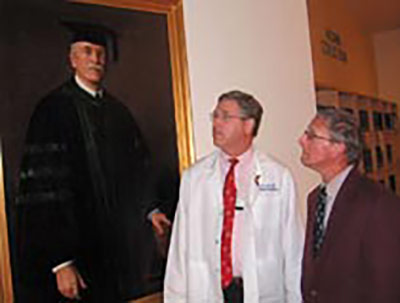 For more than 20 years, Dr. Foxwell chaired the Davidge Hall Restoration Committee and served as treasurer for the Trustees of the Endowment of the University of Maryland, Inc., which manages the endowment for the medical school. In 2018, the MAA Board of Directors announced that the second-floor dissecting laboratory in Davidge Hall would be named in his honor. At convocation ceremonies in 2019, he was awarded the Dean’s Distinguished Gold Medal for his service to the institution. Dr. Foxwell was a member of the John Beale Davidge Alliance, the school’s society for major donors. He donated many of his antique medical books to the special collections department of the UMB Health Sciences and Human Services Library.

On a personal side, baseball was also his passion, and Foxwell closely followed Maryland Eastern Shore players who made it to the major leagues. His collection of baseball memorabilia was extensive, as he traveled the country to attend shows and auctions and meet players. He also had a love for animals—his two dogs, an array of kittens, and his beloved peacocks.

Expressions of sympathy can be made in the form of donations to the Medical Alumni Association Foxwell Davidge Hall Fund, 522 West Lombard St. Baltimore, Maryland 21201, or to Coastal Hospice, P.O. Box 1733 Salisbury, MD 21802. 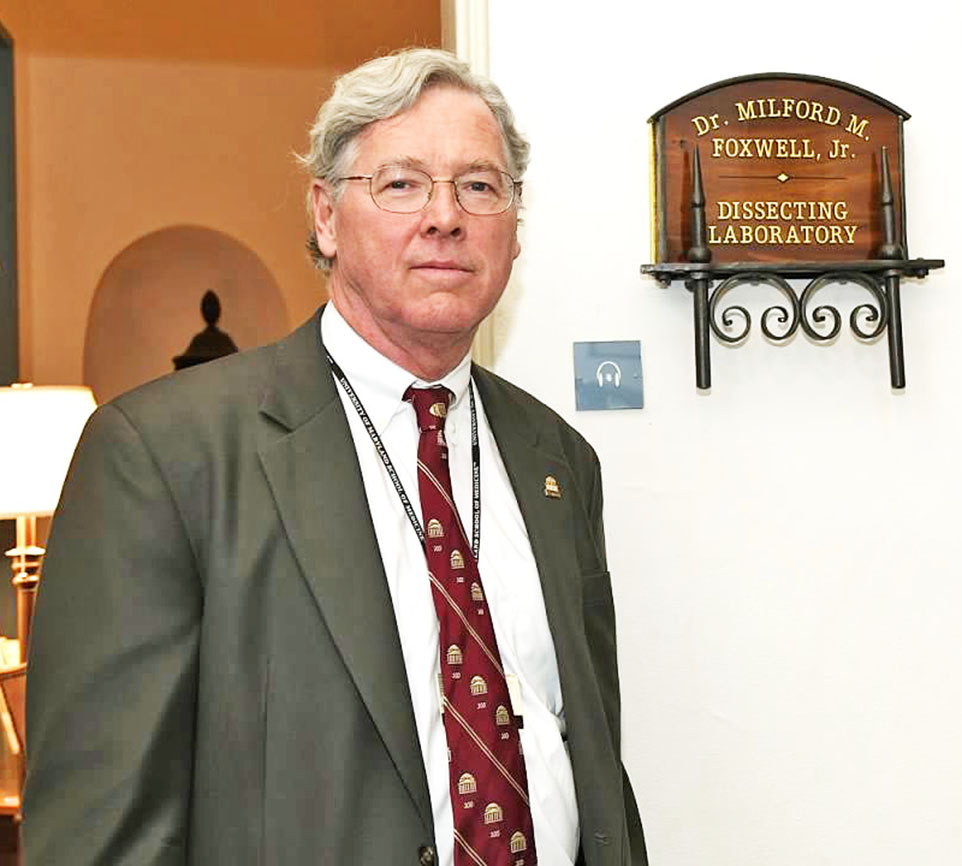 At this time, to honor Mickey’s wishes, the family is planning a private memorial. Arrangements are in the care of the Thomas Funeral Home, P.A. in Cambridge.

To send flowers to the family or plant a tree in memory of Milford Mace "Mickey" Foxwell, Jr., M.D., please visit the Funeral Home’s floral store.

The School of Medicine plans to hold a memorial event for Dr. Foxwell in the Spring of 2021.