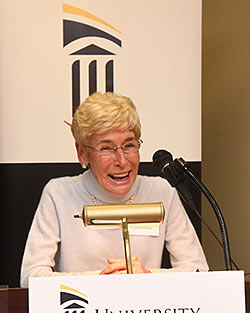 ‌In her remarks, Ms. Frenkil noted that the idea of a mural in the waiting room came to her following a visit to the practice. “As I drove home, I had an epiphany - why not a mural on the wall portraying the medical staff and patients doing what they do here every day,” she recalled. “They say, ‘A picture is worth a thousand words.’ This mural has captured the words which describe what happens here every day.” 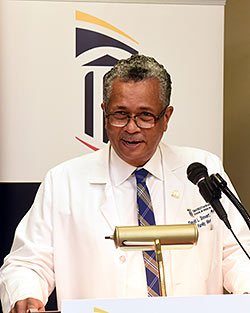 David L. Stewart, MD, Associate Professor and Chair of the Department Of Family & Community Medicine, observed that the development of the mural was in itself a community effort. “Working with Carolyn, we went through an engagement process with our patients about this mural, in asking them what they wanted it to portray,” he said. “They responded by telling us that they wanted to show the history of family medicine, along with what presently takes place here at our practice. Overall, they wanted a piece of art that would make them feel positive about being a patient here. “ 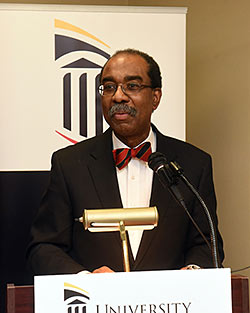 In addressing attendees, E. Albert Reece, MD, PhD, MBA, University Executive Vice President for Medical Affairs and the John Z. and Akiko K. Bowers Distinguished Professor and Dean, University of Maryland School of Medicine, noted, “This is a special moment for our faculty, our staff, and especially for the community we serve that we can come together to recognize the good work that the Department of Family and Community Medicine does. This team works hard not only to provide exceptional medical care, but also to develop a long-term relationship with patients and families.

“This approach is why they are so successful with their mission and are recognized leaders in their field,” said Dean Reece. “This work of art beautifully depicts the spirit of the department and its long history of dedication to the community.”

The mural is now on public view in the patient waiting room of the Family and Community Medicine practice at 29 S. Paca Street in Baltimore. 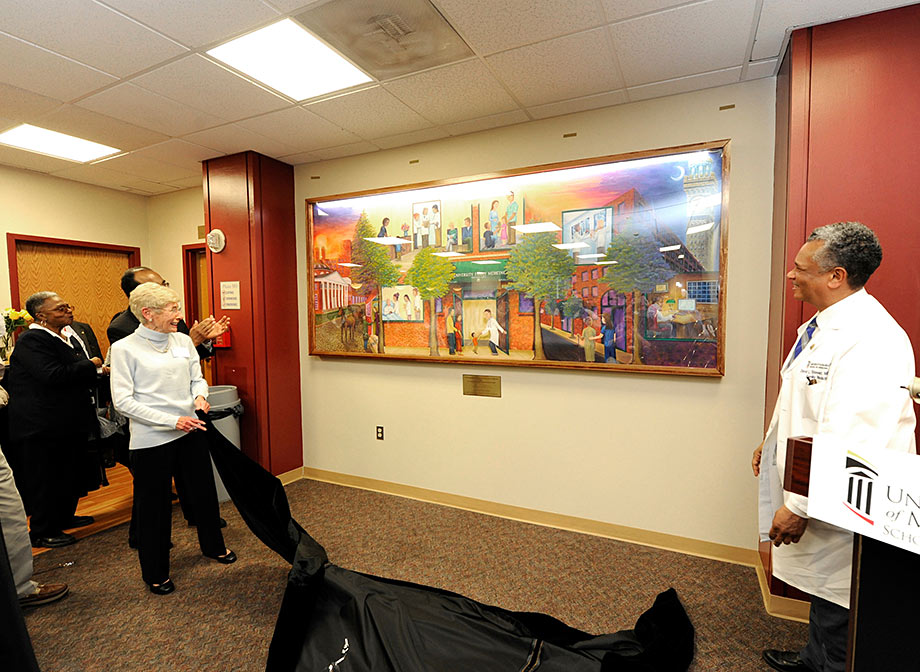 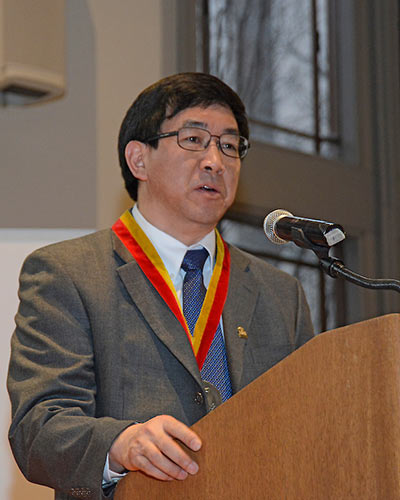 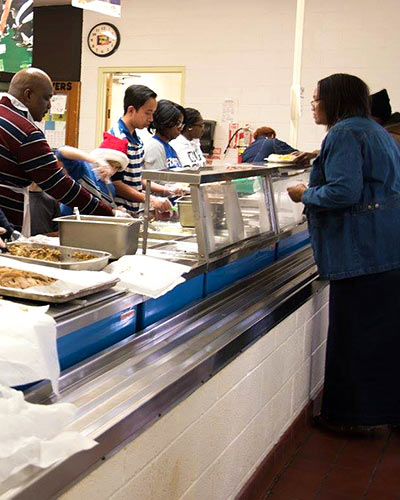