For years, researchers have debated whether the use of pure oxygen was a good idea for treating cardiac arrest victims. Two University of Maryland School of Medicine (UMSOM) researchers helped pioneer the idea that this treatment could actually harm the brains of cardiac arrest patients. Now, after decades of research a new clinical study for the first time provides clear evidence that their approach appears to be correct.

The researchers, Robert E. Rosenthal, MD, professor of emergency medicine at UMSOM and director of hyperbaric medicine in the R Adams Cowley Shock Trauma Center, and Gary Fiskum, PhD, the M. Jane Matjasko Professor for Research and vice-chair of research in the Department of Anesthesiology, were not involved in this clinical study, which was recently published in the journal Circulation. However, their prior work paved the way for this research.

Cardiac arrest occurs when the heart’s electrical system breaks down, leading it to stop beating or to beat in a disordered way. Without blood, the brain, lungs, and other organs stop working very quickly. To survive without damage, a patient must typically be resuscitated within about five minutes.

The two researchers have performed research at UMSOM for over 20 years. Over that time they have questioned the standard clinical practice of providing 100 percent oxygen to cardiac arrest survivors following resuscitation. “Since it has been known for many decades that pure oxygen can be toxic to the retina and lungs,” says Dr. Fiskum, “we hypothesized that administration of very high oxygen for even a few hours following resuscitation could cause further damage to the brain.”

Dr. Rosenthal had extensive experience with cardiac arrest resuscitation in emergency departments, and suspected that 100 percent oxygen might not be helping these patients. He developed laboratory animal models to test this hypothesis, with the help of Dr. Fiskum’s expertise in oxygen free radical biology and brain energy metabolism. They soon found that continuous exposure to 100 percent oxygen during just the first hour following resuscitation resulted in toxic oxidation of certain brain molecules and inhibition of brain energy metabolism. Their results challenged the fundamental support for widespread use of oxygen following resuscitation from cardiac arrest.

Cardiac arrest victims are generally older than 65 and often have respiratory problems that can limit the uptake of oxygen. Dr. Rosenthal devised a post-resuscitation protocol that would control oxygen intake to avoid both too little oxygenation and too much oxygenation. This measured approach resulted in much better brain outcomes than the standard use of much higher levels of oxygen. In response to this work and to other clinical studies, in 2010, the American Heart Association (AHA) changed its treatment guidelines for ventilation after cardiac arrest, from 100 percent oxygen to the minimum level necessary to maintain blood oxygen saturation levels of between 94 and 96 percent, which avoids both too much or too little systemic oxygenation.

Despite the AHA guidelines, high levels of inspired oxygen are still frequently administered to survivors of cardiac arrest. Dr. Fiskum says that avoiding unnecessarily high supplemental oxygen after cardiac arrest could improve the neurologic outcomes for many of the 250,000 cardiac arrest victims in this country who are stricken every year outside of a hospital, and who are resuscitated.

Earlier this year, researchers from Cooper Medical School of Rowan University in New Jersey published a study in Circulation, which prospectively followed 280 patients who were resuscitated after cardiac arrest. The authors found that when blood oxygen levels exceeded three times the normal levels within six hours of resuscitation from cardiac arrest, neurologic outcomes were significantly worse than those exhibited by survivors with more normal blood oxygen levels. They concluded that their results support the avoidance of unnecessarily high levels of oxygen in these patients.

“This study validates what we found and what the American Heart Association has been recommending for seven years,” says Dr. Rosenthal. “We hope this work helps clarify this question even further.”

However, the situation remains complex. The study found that 65 percent of patients who were not exposed to high levels of oxygen had poor neurologic outcome, compared to 77 percent who were exposed to high levels of oxygen. So it remains important to find better ways to treat cardiac arrest patients. Drs. Rosenthal and Fiskum now have a five-year, $2.6 million grant from the National Institute of Neurologic Diseases and Stroke to study molecules and drugs that stimulate the expression of genes with anti-oxidant and anti-inflammatory properties. The goal of this work: to eventually help patients, just as their earlier work on high oxygen levels has.

“Dr. Fiskum and Dr. Rosenthal have studied this issue for many years, and have been pioneers in realizing that clinical practice needed to be changed,” says E. Albert Reece, MD, PhD, MBA, Executive Vice President for Medical Affairs at UM Baltimore, and the John Z. and Akiko K. Bowers Distinguished Professor and UMSOM Dean. “This latest research adds to the already strong evidence that their research has been both groundbreaking and crucially useful to patients and doctors.” 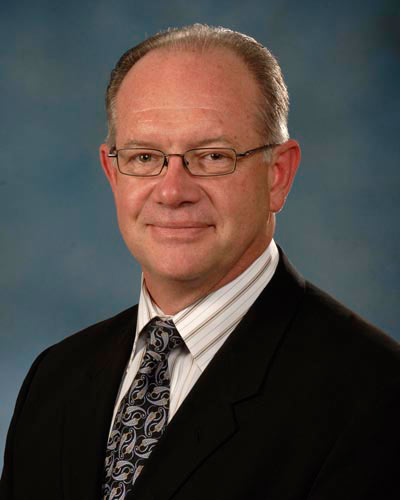 Researchers from the University of Maryland School of Medicine (UMSOM) and the University of Maryland A. James Clark School of Engineering have developed a new military vehicle shock absorbing device that may protect troops from traumatic brain injury (TBI) after a land mine blast. Over the past 18 years of conflicts in Iraq and Afghanistan, more than 250,000 troops have suffered such injuries.