‌Edson Xavier Albuquerque, MD, PhD, an internationally-acclaimed toxicologist who had served on the UM School of Medicine faculty since 1974, has passed away.

Throughout his distinguished academic career, Dr. Albuquerque studied the effects of different toxicants, including lead and organophosphorus compounds, nerve agents and insecticides, on neuronal functions in vitro and in vivo. He researched nicotinic and glutamatergic synapses in the central nervous system, which are known to be involved in cognition, learning, and memory, as well as several pathological conditions, such as Alzheimer's disease and epilepsy.

“Edson was an outstanding scientist and colleague who had tremendous wisdom and worked tirelessly.  He cared deeply about the people who worked with him and was passionate about the work being done in his division.  In addition to his commitment to the important work of his division, he had a wonderful sense of humor that delighted our faculty and staff,” said Jay Magaziner, PhD, MSHyg, Professor and Chairman of the Department of Epidemiology and Public Health.

"Edson was an exceptional experimentor – he had a wonderful touch for performing electrophysiological experiments. Pubmed lists nearly 350 articles by Edson in top-notch journals (30 in the last 10 years!). Importantly, he was not the first author on most of these articles – he gave his associates credit for doing the work even though he was usually the individual who generated the ideas and designed the approach."

"Edson also had a major impact on the medical school: He served on many basic and clinical department chair search committees that helped to bring chairs with a strong research bent to the SOM. In that way he helped to change the tone of the school which, until the late 1970’s/early 1980’s, had only very limited research in most of the clinical departments," said Mordecai P. Blaustein, M.D. Professor of Physiology & Medicine Department of Physiology, UMSOM.

Dr. Albuquerque’s research laid the groundwork for the development of a new class of drugs for the treatment of Alzheimer's disease - the so-called "nicotinic allosteric potentiating ligands, of which galantamine is the prototype. Research in his laboratory has aided in the development of treatments for neuropathological conditions that afflict millions of people worldwide.

"I was shocked and deeply saddened to hear of the untimely passing of Edson Albuquerque, MD, PhD. Edson was truly an international research star, receiving the Order of the Grand Cross and the Rio Branco Award from Brazil, the prestigious Jacob Javits Award Neuroscience Research Award from the National Institutes of Health and the Otto Krayer Award from the American Society for Pharmacology and Experimental Therapeutics," said Donald E. Wilson, MD, MACP. AGAF, John Z and Akiko K Bowers Distinguished Professor and Dean Emeritus. "Unlike most of us, Edson became more productive as an investigator with age. In the fifteen years I served as his dean, I was also impressed by his humanness and warmth. We shall all miss this unique man."

Dr. Albuquerque had received international recognition for his electrophysiological research on neurotransmitter receptors in the central and peripheral nervous systems, including the Order of the Grand Cross and the Rio Branco Award from Brazil, and in the United States, from the NIH the prestigious Jacob Javits Award Neuroscience Research Award and the Otto Krayer Award from the American Society for Pharmacology and Experimental Therapeutics.

“We are deeply saddened by this loss to the UMSOM community,” said UMSOM Dean E. Albert Reece, MD, PhD, MBA, Executive Vice President for Medical Affairs at the University of Maryland, Baltimore, and the John Z. and Akiko K.Bowers Distinguished Professor.   “Dr. Albuquerque’s research has translated into important treatment for diseases such as Alzheimer’s and Epilepsy, which impact millions of people. His work was an important contribution to our research at the School of Medicine.  We have lost a truly great scientist.”

A Long and Distinguished Career

In 1974, Dr. Albuquerque accepted the post of Professor and Chairman of the Department of Pharmacology and Experimental Therapeutics at UMSOM. He established his laboratory for electrophysiological studies of synaptic transmission and developed the department, which grew from an anonymous department of cell biology to one that is internationally recognized for its excellence and bringing in a very high level of research funding.

Prior to joining UMSOM, in 1968, Dr. Albuquerque was offered an Honor Position as a Buswell Fellow at the University of Buffalo. There he established his own laboratory, developed a number of fundamental studies in the field of neuromuscular transmission, and discovered the properties of many toxins which are used as tools for the characterization of the function of nicotinic receptors in the neuromuscular junction.

Commemorating its 210th Anniversary, the University of Maryland School of Medicine was chartered in 1807 as the first public medical school in the United States. It continues today as one of the fastest growing, top-tier biomedical research enterprises in the world -- with 43 academic departments, centers, institutes, and programs; and a faculty of more than 3,000 physicians, scientists, and allied health professionals, including members of the National Academy of Medicine and the National Academy of Sciences, and a distinguished recipient of the Albert E. Lasker Award in Medical Research.  With an operating budget of more than $1 billion, the School of Medicine works closely in partnership with the University of Maryland Medical Center and Medical System to provide research-intensive, academic and clinically-based care for more than 1.2 million patients each year. The School has over 2,500 students, residents, and fellows, and more than $500 million in extramural funding, with most of its academic departments highly ranked among all medical schools in the nation in research funding. As one of the seven professional schools that make up the University of Maryland Baltimore campus, the School of Medicine has a total workforce of nearly 7,000 individuals. The combined School and Medical System (“University of Maryland Medicine”) has an annual budget of nearly $6 billion and an economic impact in excess of $15 billion on the state and local community. The School of Medicine faculty, which ranks as the 8thhighest among public medical schools in research productivity, is an innovator in translational medicine, with 600 active patents and 24 start-up companies. The School works locally, nationally, and globally, with research and treatment facilities in 36 countries around the world. Visit medschool.umaryland.edu/ 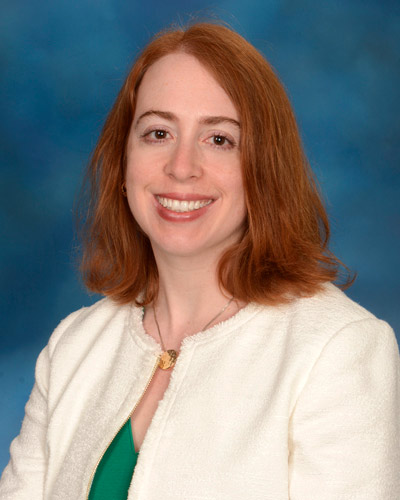 Weight loss for adults, particularly those who are overweight or obese, may reduce their risk of developing a type of polyp that can lead to colorectal cancer, according to a new study led by researchers at the University of Maryland School of Medicine (UMSOM). Findings were published today in the journal JNCI Cancer Spectrum. 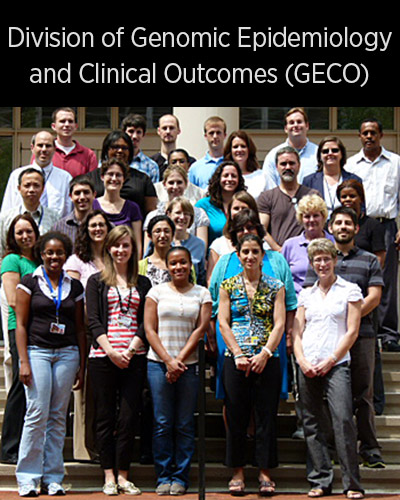 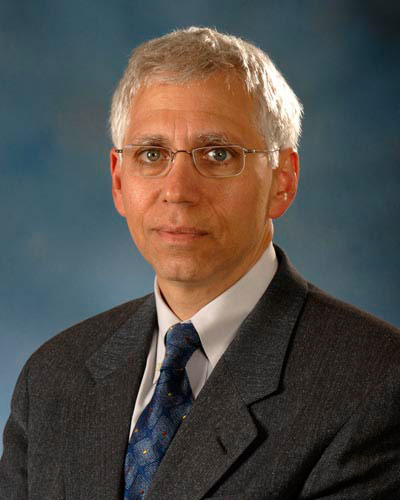 Each year more than 260,000 older Americans are hospitalized for hip fractures, a debilitating injury that can severely and permanently impact mobility. Researchers at the University of Maryland School of Medicine (UMSOM) studied two types of home-based interventions and discovered that these treatments are effective in helping individuals regain their ability to walk, but not enough to do every day functions like crossing the street. 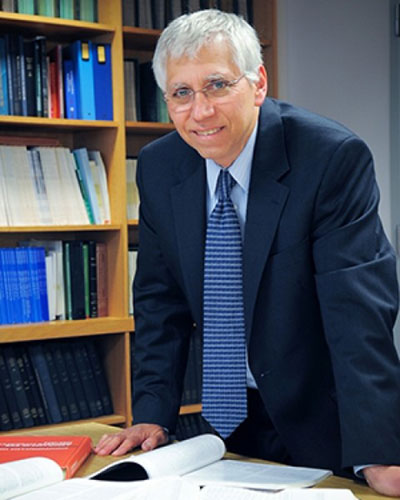 Jay Magaziner, PhD, MSHyg, Professor and Chair of the Department of Epidemiology and Public Health at the University of Maryland School of Medicine (UMSOM), was elected to serve as president of the Fragility Fracture Network (FFN), a global network of professionals that help sets policy and care standards for treatment and secondary prevention of serious fractures impacting mobility, such as spinal and hip fractures. 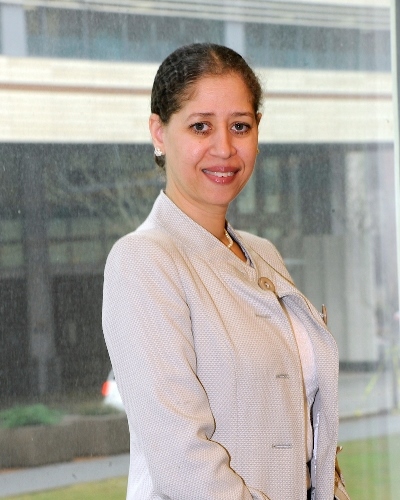 Dr. Diane Marie St. George Promoted to Vice Chair of Academic Programs in the Department of Epidemiology and Public Health

Jay Magaziner, PhD, MS Hyg, Professor and Chair of the Department of Epidemiology and Public Health (EPH) at the University of Maryland School of Medicine (UMSOM), along with UMSOM Dean E. Albert Reece, MD, PhD, MBA, announced today that Diane Marie St. George, PhD, has been promoted from Director to Vice Chair of Academic Programs in the Department of Epidemiology and Public Health. The position was previously held by Patricia Langenburg, PhD, Professor Emeritus. 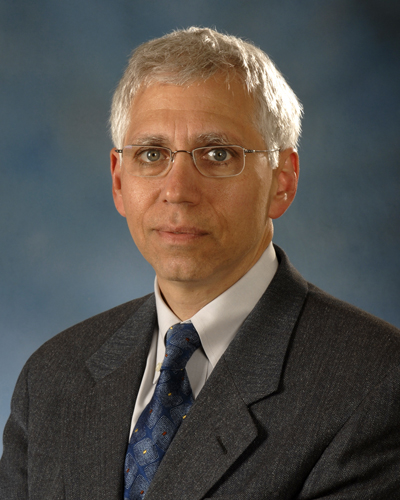 Jay S. Magaziner, PhD, MS, Hyg, Professor and Chair, Department of Epidemiology and Public Health (EPH) at the University of Maryland School of Medicine (UM SOM) and Dean E. Albert Reece, MD, PhD, MBA, announced today that the Program in Health Disparities and Population Health, formerly the Program in Minority Health and Health Disparities in Education and Research (PMHHD) led by the now-retired Dr. Claudia Baquet, has a new home in the Department of Epidemiology and Public Health.

Jay S. Magaziner, PhD, MS Hyg, Professor and Chair of the Department of Epidemiology and Public Health (EPH) in the University of Maryland School of Medicine (UM SOM), along with UM SOM Dean E. Albert Reece, MD, PhD, MBA, announced today that Joanne F. Dorgan, PhD, MPH, Professor in the Division of Cancer Epidemiology within the Department of Epidemiology and Public Health, has been appointed Director of the Division of Cancer Epidemiology. Dorgan succeeds Division Director William A. Blattner, MD, co-founder and associate director of the UM SOM Institute of Human Virology, who retired on January 31, 2016.