Nursing homes are settings with a high prevalence of Staphylococcus aureus (Staph) bacteria, leading to infection and sometimes death in patients. This is a key concern, particularly as there is a growing number of bacteria that are resistant to antibiotics such as methicillin-resistant S. aureus (MRSA), making it difficult to treat infections. The current standard of care for preventing the spread of Staph in nursing homes in the U.S. is for healthcare workers to use gowns and gloves when there is expected contact with blood and other bodily fluids. Researchers at the University of Maryland School of Medicine (UM SOM) will study whether a targeted increase in the use of gowns and gloves is effective in preventing and controlling spread of the dangerous bacteria.

“Nursing homes are very different environments from acute care hospitals. In hospitals, all health care workers who work with patients with MRSA wear a gown and gloves for every care interaction. This is impractical and socially isolating for nursing home residents,” said Mary-Claire Roghmann, MD, MS, Professor of Epidemiology and Public Health and the Principal Investigator in the one-year study that is funded by a $431,746 grant awarded by the Centers for Disease Control and Prevention (CDC). “We are trying to tailor protective measures to this particular setting so that the practice is sustainable” said Dr. Roghmann.

UM SOM was one of several institutions across the country that will participate in CDC-funded studies with funding of over $9 million dollars.

Partnering with two Baltimore-area nursing homes from Lorien Health Systems, UM SOM researchers will measure over the course of a year if the spread of the bacteria can be reduced by having healthcare workers wear gowns and gloves during specific moments of care for high-risk residents. This would include during times when a resident is being dressed, having a wound dressed, having briefs or undergarments changed, having bed linens changed or being transferred from a bed to a chair. High risk residents would include those with wounds and invasive medical devices such as urinary catheters.

Dr. Roghmann said the research is critical because nursing homes care for both short-term and long-term residents. While some residents are there to receive rehabilitation with the goal of returning home, many are there permanently, and nursing homes serve as their home. “Part of the therapeutic value of nursing homes is that they provide a more home-like environment than a hospital or acute care facility. However, nursing homes are also dedicated to providing a safe environment, which includes keeping residents infection-free,” said Dr. Roghmann.

Ultimately, UM SOM researchers hope to determine if this targeted approach will be an effective tool in reducing spread of bacteria without reducing the unique style of care at nursing homes.

• Department of Epidemiology and Public Health

• Centers for Disease Control and Prevention 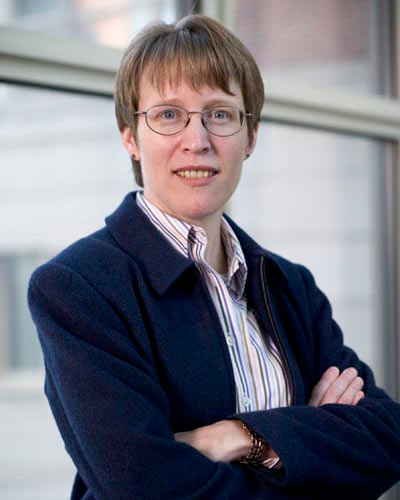