Study: Process Used to Select Lung Transplant Patients May Need to be Changed

Scoring System Can be Improved to Select Best Candidates for Transplant

With a limited number of lungs available, deciding who gets a transplant can be a matter of life or death. New research from the University of Maryland School of Medicine (UMSOM) suggests that the system for choosing transplant recipients in chronic obstructive pulmonary disease (COPD) may underestimate how long a person might survive without a lung transplant and therefore, may mislead clinicians.

The score, introduced in 2004, is widely used to predict how long a person will live with COPD. Known as the BODE score, it combines Body mass index, airflow Obstruction, Dyspnea (shortness of breath) and Exercise capacity.

Researchers who developed the BODE score observed survival for patients with the most severe disease that was clearly worse than survival after a lung transplant. In time, the BODE score became a quick way to predict survival without transplant and thus to identify those patients suffering from COPD who might live longer with a transplant. “While the BODE score was and remains to be a valuable prognostication tool in COPD, it has not been validated for this particular purpose,” says lead investigator Robert M. Reed, MD, UMSOM associate professor of medicine and a pulmonary and critical care specialist at the University of Maryland Medical Center. The originator of the BODE score, Bartolome R. Celli, MD, of the Brigham and Women’s Hospital in Boston, is senior author of the current paper.

This study, published online in the journal Chest, compared survival data in the original group of 625 patients (93 percent male) who formed the basis for the BODE score to 4,300 lung transplant patients (49 percent male) who had COPD. Results suggest that the BODE score overestimates mortality risk in lung transplant candidates with COPD. This is likely due to the fact that these patients have a lower burden of other ailments such as cancer and heart disease, and are not active smokers. Patients selected as candidates for lung transplantation survive considerably longer than would be predicted by prognostic estimates extrapolated from the original BODE group.

“Our research shows that we are often transplanting people who may not actually derive a survival advantage at all, and we may be shortening the lives of some people with transplant,” says Dr. Reed.

COPD accounts for about a third of all lung transplants, but the disease progresses so slowly that patients with very severe COPD can survive without a transplant at levels comparable to those who’ve had a transplant.

The study notes that just as cardiovascular disease and cancer are major killers in the general population, they also play a major role in the deaths of COPD patients. Further, modern lung transplant screening for COPD typically determines that patients with heart disease or cancer, as well as those who have not stopped smoking, are not eligible for transplant.

The paper does not point to a newer, more accurate way to predict transplant survival in COPD patients, but Dr. Reed says the transplant community may want to look at new kinds of measurement. However, he points out that survival is only one factor, albeit a major one, in the very personal decision facing both physician and patient contemplating lung transplantation.

“Dr. Reed and his team are to be commended for shedding light on some of the issues that attend when the BODE score is used to project the survival of lung transplant candidates with COPD,” says E. Albert Reece, MD, PhD, MBA, vice president for medical affairs at the University of Maryland, the John Z. and Akiko K. Bowers Distinguished Professor and dean of UMSOM. “This study suggests it may be worthwhile to weigh the value of new standards that take into account current transplant center screening practices.” 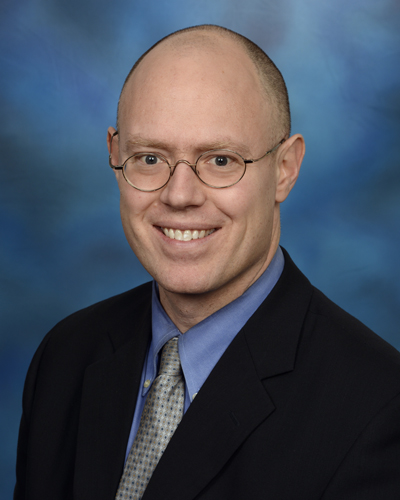 Researchers at the University of Maryland School of Medicine (UMSOM) analyzed data at the 13-hospital University of Maryland Medical System (UMMS) and found public health measures designed to reduce the spread of the COVID-19 virus may have fostered a substantial side benefit: Hospital admissions for chronic obstructive pulmonary disease (COPD) were reduced by 53 percent, according to a new study published in The American Journal of Medicine. This is likely due to a drop in circulating seasonal respiratory viruses such as influenza. 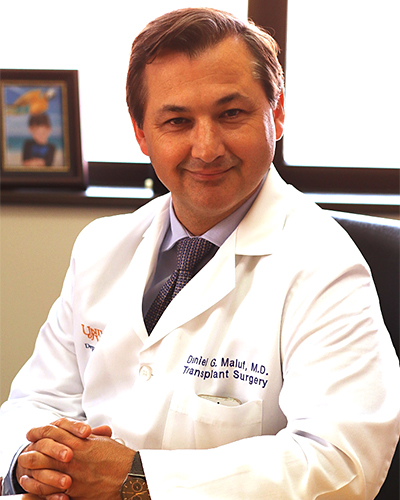 Two patients who were near death after COVID-19 destroyed their lungs, survived and are thriving due to state-of-the-art care and double-lung transplants by University of Maryland School of Medicine (UMSOM) surgeons at the UM Medical Center (UMMC). 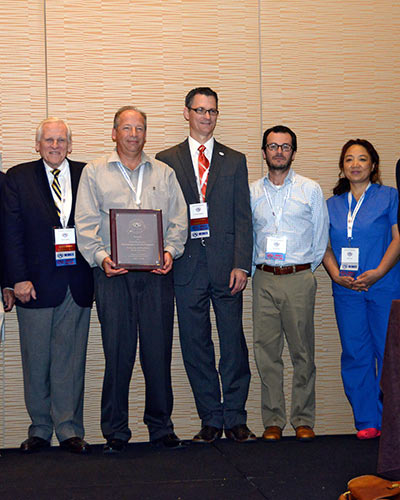 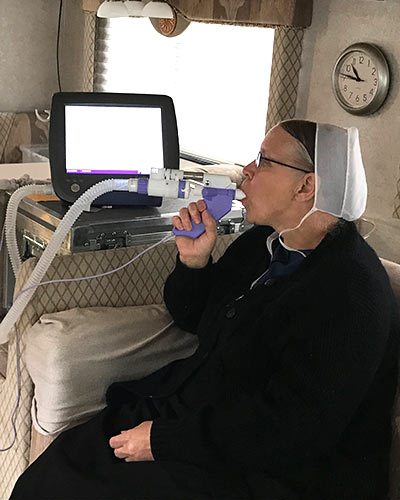