For decades, scientists have used animal models to understand what causes ALS and to test therapies to treat it. Most ALS researchers use a genetically modified mouse model that mimics the clinical deterioration seen in human ALS. However, this model has a serious limitation: the mice don’t display the clumping of a protein called TDP-43 at an abnormal site in the cell that is seen in nearly all ALS patients. Scientists have therefore worried that they are missing crucial details by using this model.

Now, for the first time, researchers at the University of Maryland School of Medicine (UM SOM) have developed two mouse models that exhibit this protein clumping, also called TDP-43 pathology. Both mouse models also display many of the clinical and pathological features seen in ALS patients. The researchers say the new discovery will open new ways to research the disease, which affects 12,000 Americans each year. 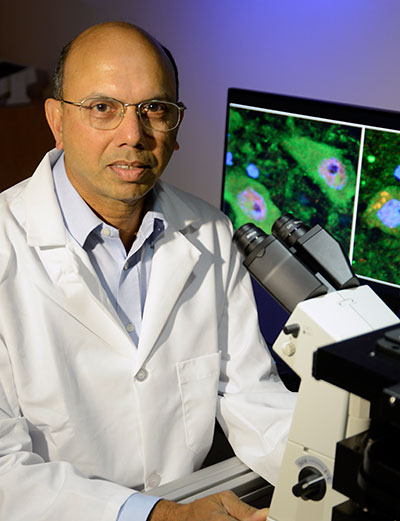 “These new models give us a better chance to understand the disease more precisely, and ultimately to develop new therapies that can help people with ALS,” said Mervyn Monteiro, PhD, a Professor of Anatomy and Neurobiology, and member of the Center for Biomedical Engineering and Technology at UM SOM. Dr. Monteiro and his colleagues developed the models. The paper announcing the discovery is published in the latest issue of the journal Proceedings of the National Academy of Sciences.

Dr. Monteiro made the new models by introducing a human gene called ubiquilin 2 into the DNA of the mice. The normal ubiquilin 2 gene makes a protein that helps remove damaged proteins from cells; in ALS, a mutant version of the gene makes proteins that can’t carry out this function. A failure to remove damaged proteins can kill cells and cause disease. There is growing evidence that defects in the removal of damage proteins cause neurodegenerative diseases, including ALS.

Dr. Monteiro and his colleagues have been working on the new ALS mouse models for three years. To ensure that the ALS symptoms in the mutant mice were due to the ubiquilin 2 mutations, the researchers also made mice carrying the normal human ubiquilin 2 gene. They found that the mice carrying mutant ubiquilin 2 genes developed ALS symptoms and TDP-43 pathology; by contrast, the mice carrying the normal version of the gene did not. The mutant mice showed classic features of ALS, including progressive muscle weakness and loss of nerve cells that control muscles. These mice also had shorter lifespans than the normal mice.

The precise cause of the protein clumping in ALS remains a mystery. However, because it occurs in virtually all ALS cases, scientists believe it plays an important role in the disease. Dr. Monteiro says the new animal models can be used to learn more about how defects in protein disposal contribute to ALS. Ultimately, he says, this new knowledge may help make it possible to improve the removal of the damaged proteins, stopping or slowing the overall process of disease. 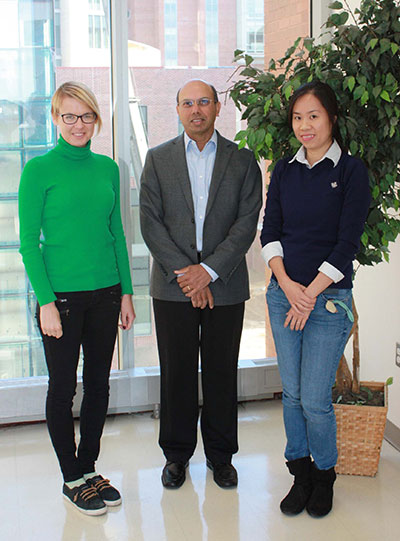 Dr. Monteiro’s work on the development of the mouse models was funded by the Robert Packard Center for ALS Research at Johns Hopkins. His work is also supported by grants from the ALS Association, a non-profit organization that supports research into the disease, and NIH.

“Dr. Monteiro’s discovery is something the School of Medicine can be very proud of,” said UM SOM Dean E. Albert Reece, MD, PhD, MBA, who is also vice president for medical affairs at the University of Maryland and the John Z. and Akiko K. Bowers Distinguished Professor. “This is just the kind of translational science on which clinical breakthroughs depend. Without this kind of work, the incredible cures of the future will not be possible. I look forward to seeing what the new model reveals about ALS and other neurodegenerative diseases.” 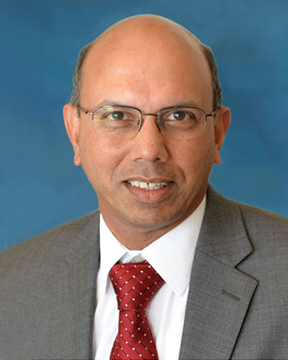 Researchers at the UMSOM have identified how certain gene mutations cause amyotrophic lateral sclerosis (ALS), also known as Lou Gehrig’s disease. The pathway identified by the researchers may also be responsible for a certain form of dementia related to ALS. The finding could offer potential new approaches for treating this devastating condition, which causes progressive, fatal paralysis and sometimes mental deterioration similar to Alzheimer’s disease. Their discovery was published this week in the Proceedings of the National Academy of Sciences (PNAS) and included collaborators from Harvard University, University of Auckland, King’s College London, and Northwestern University.