The foundation for one of the first ophthalmology services in the country was laid by the University of Maryland's first Dean, Dr. John Beale Davidge. The first chair in the nation for diseases of the eye and ear was established at the University of Maryland School of Medicine in 1873. This formal establishment of an ophthalmic presence provided a rich environment for careful clinical observations and surgical innovation. The following points highlight these innovations and other important milestones in the history of the department. 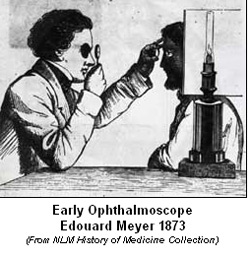