Today at a briefing on Capitol Hill, Wilbur Chen, MD, MS, Associate Professor of Medicine at the University of Maryland School of Medicine, warned that the U.S. population of adults 65 and older is expected to rise significantly over the next few decades, making vaccinations against diseases like influenza, pneumonia and shingles for this population very critical.

Citing U.S. government estimates, he said that by 2030, 71 million people in the U.S. will be 65 and older and that number will expand to 90 million by 2050. “As we age, the immune system ages,” Dr. Chen said during a briefing hosted by the Alliance for Health Policy on “Healthy Aging and Immunizations.”

Dr. Chen --Chief of the Adult Clinical Studies section at UMSOM’s Center for Vaccine Development (CVD) and Director of the University of Maryland Travel Medicine Practice-- noted that there are several vaccines designed for the aging population for diseases such as influenza, pneumococcus, shingles and tetanus.

Older Americans, he said, accounted for roughly 90% of deaths from influenza each year. Dr. Chen also mentioned that vaccination rates for influenza, pneumococcus, and shingles remain low and are an area of needed improvement. 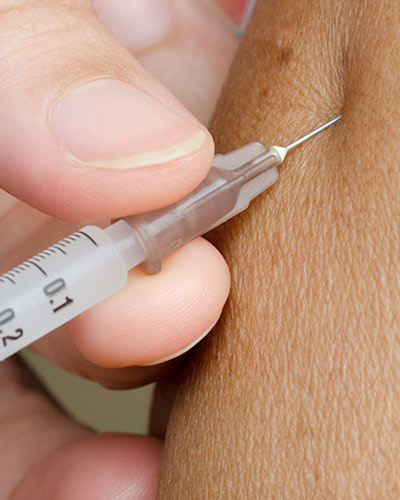