One of the most common forms of the disease is ductal carcinoma in situ (DCIS), an early stage, non-invasive breast cancer. If untreated, these tumors become invasive, and are more difficult to treat. DCIS is thought to be the precursor of most invasive breast cancer. The molecular mechanisms underlying how DCIS becomes invasive have remained a mystery. For the first time, scientists at the University of Maryland School of Medicine have unraveled a key mechanism by which this form of breast cancer becomes invasive.

The discovery involves myoepithelial cells, which make up an outer layer of the breast, and help the organ pump milk. These cells play a crucial role in breast cancer. In the early stages of the disease, when it is not invasive yet, these cells act as tumor suppressors, and keep the disease from spreading. However, with aggressive strains of the disease, these cells transform, and are no longer able to subdue tumor spread. At this point, the cancer becomes invasive and begins to spread.

Until now, the process by which myoepithelial cells go from ally to enemy has remained a mystery to researchers. “This is very exciting,”said the lead researcher on the paper, Qun Zhou, MD, PhD, an associate professor in Biochemistry and Molecular Biology at UM SOM.“Until now we really had no idea what happened to myoepithelial cells on a molecular level that inhibited their cancer-fighting ability.” This discovery could point the way to new treatments that keep myoepithelial cells from being transformed.

The findings were published recently in the Journal of Biological Chemistry.

Dr. Zhou found that the key component in this process is TGF-beta, a growth factor that plays a role many cancers, and has been found to increase the aggressiveness of DCIS. He identified a two-step process: first, TGF-beta causes tumors to increase production of a molecule known as miR-10b. In turn, MiR-10b inhibits a protein called RB1CC1, which suppresses tumors. So in essence, TGF-beta suppresses the tumor suppressor, and as a result the tumors grow more aggressively. This is the first time this mechanism has been identified.

Dr. Zhou says the next step for his lab is to screen compounds that prevent myoepithelial cells from losing their crucial ability to suppress tumors. He has already identified several likely candidates; eventually, he says, this work could lead to clinical breakthroughs.

“This study underscores the crucial importance of basic science, not only in cancer research, but in so many areas of science,”said Dean E. Albert Reece, MD, PhD, MBA, who is also the vice president for Medical Affairs, University of Maryland, and the John Z. and Akiko K. Bowers Distinguished Professor and Dean of the School of Medicine.“This work on the basic mechanisms of invasive breast cancer has the potential to lead to next-generation cures for hundreds of thousands of patients.”

• Department of Biochemistry and Molecular Biology 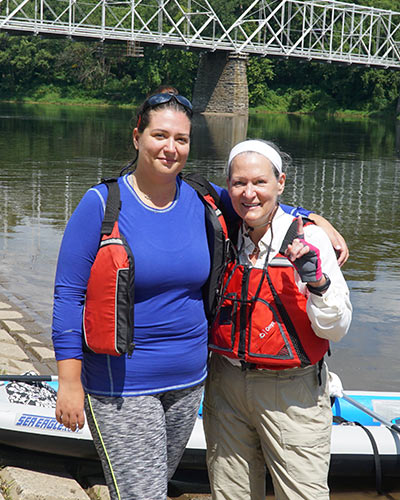