The University of Maryland School of Medicine (UM SOM) and Dean E. Albert Reece, MD, PhD, MBA, will welcome Leana Wen, MD, MSc, FAAEM, as the graduation speaker for this year’s graduating class. The UM SOM graduation ceremony will take place at 10 am on May 19, 2016 at the Hippodrome Theater.

An emergency medicine physician and patient and community advocate, Dr. Wen leads the Baltimore City Health Department (BCHD), the oldest health department in the United States, formed in 1793. She has been a leader in working for patient-centered care and healthcare reform, and improvement in health inequity.

“Dr. Wen has worked hard to improve the health of the citizens of our city, especially those who need the most assistance,” said Dean Reece, who is also Vice President of Medical Affairs for the University of Maryland and the John Z. and Akiko Bowers Distinguished Professor. “Her dynamism and innovative spirit have given the city new hope that it can better address such difficult problems as opioid addiction and violence. We are proud to welcome her to the school on this momentous occasion.”

The UM SOM graduating class of 2016 has 155 members, 56 of whom will participate in residency programs within the state of Maryland. Thirty seven percent of the class will specialize in either pediatrics, internal medicine and family medicine—fields that have some of the highest needs for new practitioners.

Since her appointment as commissioner in January 2015, Dr. Wen worked hard to improve the health of Baltimore residents. She has engaged hospitals and citizens in violence prevention; launched an ambitious opioid overdose prevention programs that trains city residents to save lives; and implemented a citywide youth health and wellness strategy.

Prior to being health commissioner, Dr. Wen was an attending physician and Director of Patient-Centered Care in the Department of Emergency Medicine at George Washington University (GWU). A professor of Emergency Medicine at the School of Medicine and of Health Policy at the School of Public Health, she co-directed GWU’s Residency Fellowship in Health Policy, co-led a new national collaboration on health policy and social mission with Kaiser Permanente, and was the founding director of Who’s My Doctor, a campaign calling for more transparency in medicine.

The author of the book When Doctors Don’t Listen: How to Avoid Misdiagnoses and Unnecessary Tests, Dr. Wen has given six popular TED and TEDMED talks on patient-centered care, public health leadership, and healthcare reform. Her TED talk on transparency has been viewed nearly 1.5 million times.

Dr. Wen received her MD degree from Washington University School of Medicine in St. Louis and Brigham & Women’s Hospital/Massachusetts General Hospital in Boston. She did her residency in Emergency Medicine at the Harvard Affiliated Emergency Medicine Residency, and was a clinical fellow at Harvard Medical School. A Rhodes Scholar, she studied public health and health policy at the University of Oxford, and worked as a community organizer in Los Angeles and St. Louis. She has served as a consultant with the World Health Organization, Brookings Institution, and China Medical Board; an advisor to the Patient-Centered Outcomes Research Institute and the Lown Institute; and as national president of the American Medical Student Association and American Academy of Emergency Medicine-Resident & Student Association. In 2005, she was selected by the U.S. Secretary of Health and Human Services to represent physicians-in-training on the Council on Graduate Medical Education, an advisory commission to Congress. In 2010, she served as Chair of the Young Professionals Council, a global leadership network of medical, nursing, and public health professionals.

In addition to her extensive scholarship in public health and patient safety, Dr. Wen has conducted health systems research in Rwanda, D.R. Congo, Nigeria, South Africa, China, Singapore, Slovenia, and Denmark. She has been published over 100 articles including in The Lancet, JAMA, and Health Affairs. She is regularly featured on National Public Radio, CNN, Fox, MSNBC, The Atlantic, USA Today, The Baltimore Sun, The New York Times, and The Washington Post.

The University of Maryland School of Medicine, chartered in 1807 and as the first public medical school in the United States, continues today as an innovative leader in accelerating innovation and discovery in medicine. The School of Medicine is the founding school of the University of Maryland and is an integral part of the 12-campus University System of Maryland. Located on the University of Maryland’s Baltimore campus, the School of Medicine works closely with the University of Maryland Medical Center and Medical System to provide a research-intensive, academic and clinically based education. With 45 academic departments, centers, programs and institutes and a faculty of more than 3,000 physicians and research scientists, along with more than $400 million in extramural funding, the School is regarded as one of the leading biomedical research institutions in the U.S. with top-tier faculty and programs in cancer, brain science, surgery and transplantation, trauma and emergency medicine, vaccine development and human genomics, among other centers of excellence. The School is not only concerned with the health of the citizens of Maryland and the nation, but also has a global presence, with research and treatment facilities in more than 35 countries around the world.
medschool.umaryland.edu 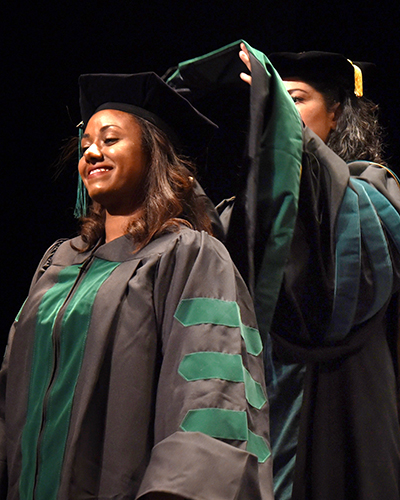 Saying Farewell to the Class of 2016 Graduates

The Class of 2016 received their doctoral hoods in a special graduation ceremony at the Hippodrome Theater on May 19. Hundreds of family, friends and faculty were there to cheer on the 159 graduates as they officially transitioned from students to doctors. 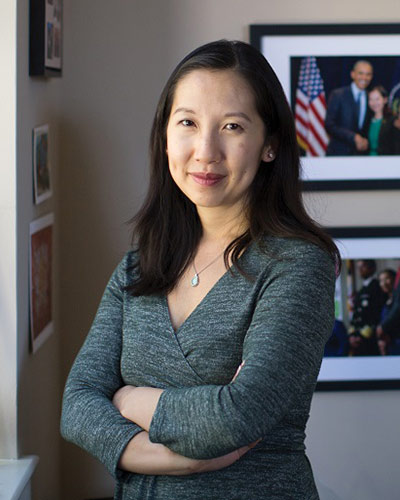