Findings Could Have Major Implications for Treatment of Military Injuries

But now a new study by researchers at the University of Maryland School of Medicine has found evidence that such air evacuations may pose a significant added risk, potentially causing more damage to already injured brains. The study is the first to suggest that air evacuation may be hazardous for TBI patients. The study was published today in the Journal of Neurotrauma.

“This research shows that exposure to reduced barometric pressure, as occurs on military planes used for evacuation, substantially worsens neurological function and increases brain cell loss after experimental TBI – even when oxygen levels are kept in the normal range. It suggests that we need to carefully re-evaluate the cost-benefit of air transport in the first days after injury,” said lead researcher Alan Faden, MD, the David S. Brown Professor in Trauma in the Departments of Anesthesiology, Anatomy & Neurobiology, Neurology, and Neurosurgery, and director, Shock, Trauma and Anesthesiology Research Center (STAR) as well as the National Study Center for Trauma and Emergency Medical Services.

About a quarter of all injured soldiers evacuated from Afghanistan and Iraq have suffered head injuries.

Faden and his colleagues tested rats that were subjected to TBI, using a model that simulates key aspects of human brain injury. Animals were exposed to six hours of lowered air pressure, known as hypobaria, at levels that simulated conditions during transport; control animals were exposed to normal pressure. All the animals received extra oxygen to restore normal oxygen concentrations in the blood. In another study, animals received oxygen, either as in the first study or at much higher 100 percent concentration, which is often used during military air evacuations. On its own, low air pressure worsened long-term cognitive function and increased chronic brain inflammation and brain tissue loss. Pure oxygen further worsened outcomes.

Faden and his colleagues believe the findings raise concerns about the increased use of relatively early air evacuation, and suggest that this potential risk should be weighed against the benefits of improved care after evacuation. It may be necessary, he says, to change the current policy for TBI patients and delaying air evacuation in many cases.

In an accompanying editorial, Patrick Kochanek, MD, a leading expert on TBI and trauma care at the University of Pittsburgh, called the findings “highly novel and eye-opening,” and said that they could have “impactful clinical relevance for the field of traumatic brain injury in both military and civilian applications.”

Faden and colleagues believe that one of the mechanisms by which hypobaria worsens TBI is by increasing persistent brain inflammation after injury. They are currently examining how this process occurs and have tested treatments that can reduce the risks of air evacuation. Early results are promising. Scientists suspect that breathing pure oxygen could worsen TBI by increasing production of dangerous free radicals in the brain. After brain injury, these free radicals flood the site of injury, and pure oxygen may further boost these levels. Several recent studies from trauma centers, including from the R Adams Cowley Shock Trauma Center at the University of Maryland Medical Center, have found evidence that using 100 percent oxygen in trauma patients may be counterproductive.

The research was funded by the U.S. Air Force.

“This research has the potential to connect bench to bedside in an important, potentially lifesaving way,” said Dean E. Albert Reece, MD, PhD, MBA, who is also Vice President of Medical Affairs, the University of Maryland and the John Z. and Akiko Bowers Distinguished Professor. “Dr. Faden is part of an impressive group of scientists at the School who are helping to unlock the mysteries of the brain.”

The University of Maryland School of Medicine was chartered in 1807 and is the first public medical school in the United States and continues today as an innovative leader in accelerating innovation and discovery in medicine. The School of Medicine is the founding school of the University of Maryland and is an integral part of the 11-campus University System of Maryland. Located on the University of Maryland’s Baltimore campus, the School of Medicine works closely with the University of Maryland Medical Center and Medical System to provide a research-intensive, academic and clinically based education. With 43 academic departments, centers and institutes and a faculty of more than 3,000 physicians and research scientists plus more than $400 million in extramural funding, the School is regarded as one of the leading biomedical research institutions in the U.S. with top-tier faculty and programs in cancer, brain science, surgery and transplantation, trauma and emergency medicine, vaccine development and human genomics, among other centers of excellence. The School is not only concerned with the health of the citizens of Maryland and the nation, but also has a global presence, with research and treatment facilities in more than 35 countries around the world.
http://medschool.umaryland.edu 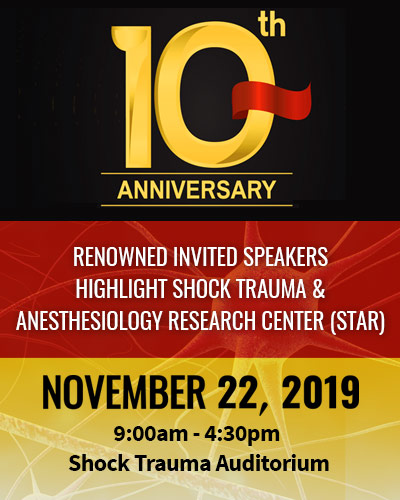