Worldwide Project to Catalogue the Diversity of the Human Genetic Code

After eight years of analysis, a consortium of scientists from around the world has completed an unprecedented project to delineate a wide spectrum of human genetic variation. For decades to come, this enormous catalog of data, known as the 1000 Genomes Project, will yield insights that will help researchers understand and treat a wide range of illness, including cancer and heart disease.

Scientists from the University of Maryland School of Medicine (UM SOM) played a key role in the consortium, and co-authored two papers published this week about the effort in the current issue of the journal Nature.

“We now have a much clearer picture of human genetic variation,” said principal investigator Scott E. Devine, PhD, associate professor of medicine at the UM SOM. “This is important because it can, for example, influence whether a specific cancer treatment or heart medicine will be effective in a given patient. Genetic variation is at the center of the emerging enterprise of personalized genomic medicine, where treatments are tailored to patients based on their genes.”

The $120 million effort is the largest, most detailed catalog of human genetic variation ever undertaken. Researchers from the UM SOM Institute for Genome Sciences participated in the project, including principal investigator Scott Devine, PhD, associate professor of medicine at the University of Maryland School of Medicine, as well as his doctoral student Eugene Gardner.

Genetic variation contributes to differences in both our appearance and our disease risk. Most of these genetic differences remain unknown. The goal of the 1000 Genomes Project is to identify variants in the human genome that occur at a frequency of at least one in 50 people. Most of these variants have little or no effect, but some raise or lower risk of particular diseases. For instance, some people have a rare gene variant that blocks the human immunodeficiency virus (HIV) from infecting white blood cells; these people are protected from becoming infected with the virus.

The project, which began in 2007, is a public-private consortium of more than 500 researchers at more than 50 top scientific institutions in the United States, Britain, China, Germany and Canada. The project is the first project to sequence the genomes of a large number of people, to provide a comprehensive resource on human genetic variation. In recent years, sequencing a human genome has becoming vastly simpler. In the 1990s, when the task was first accomplished, it took years and cost hundreds of millions of dollars. “Now, we can sequence a human genome in a day for a few thousand dollars,” Devine said.

The two papers focus on different aspects of the project. One, “A Global Reference for Human Genetic Variation,” in Nature, discusses the project overall and its potential for aiding further research. The other, “An Integrated Map of Structural Variation in 2,504 Human Genomes,” focuses on structural variants, such as deletions, insertions and other rearrangements that involve relatively large chunks of genetic code. For their part of the project, Devine and his team have concentrated on these structural variants, which number around 60,000 in the project). They have identified 136 candidates that may be related to diseases, including cancer, and also found a cluster of variants that appears to be involved in the completion of successful pregnancy.

“This kind of collaboration is the future of science, and I am glad to see our researchers playing such a major role in the project,” said Dean E. Albert Reece, MD, PhD, MBA, who is also Vice President of Medical Affairs, the University of Maryland and the John Z. and Akiko Bowers Distinguished Professor at UM SOM. “I know that this work will be used by scientists all over the world, and will help bring about the era that we are hearing so much about, of precision medicine.” 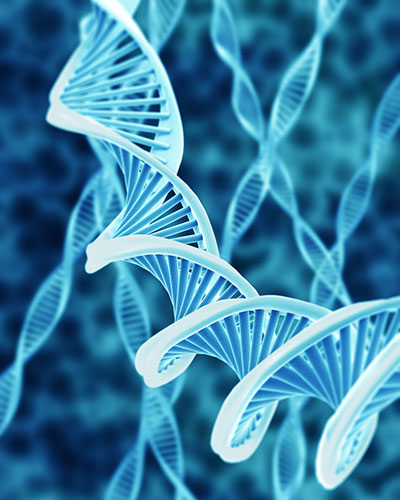 Roving DNA Strands Could Play Key Role in Some Colon Tumors, Perhaps Other Tumors Too. For more than 50 years, scientists have known of the existence of "jumping genes," strands of DNA material that can move from one location in the genome to another.