As a result of research performed by scientists at the University of Maryland School of Medicine (UM SOM), the U.S. Food and Drug Administration has approved the use of a drug to treat the deleterious effects of radiation exposure following a nuclear incident. The drug, Neupogen®, is the first ever approved for the treatment of acute radiation injury.

The research was done by Thomas J. MacVittie, PhD, professor, and Ann M. Farese, MA, MS, assistant professor, both in the University of Maryland School of Medicine (UM SOM) Department of Radiation Oncology’s Division of Translational Radiation Sciences. The investigators did their research in a non-human clinical model of high-dose radiation.

“Our research shows that this drug works to increase survival by protecting blood cells,” said Dr. MacVittie, who is considered one of the nation’s leading experts on radiation research. “That is a significant advancement, because the drug can now be used as a safe and effective treatment for the blood cell effects of severe radiation poisoning.”

Radiation damages the bone marrow, and as a result decreases production of infection-fighting white blood cells. Neupogen® counteracts these effects. The drug, which is made by Amgen, Inc., was first approved in 1991 to treat cancer patients receiving chemotherapy. Although doctors may use it “off label” for other indications, the research and the resulting approval would speed up access to and use of the drug in the event of a nuclear incident.

This planning is already under way. In 2013, the Biomedical Advanced Research and Development Authority (BARDA), an arm of the Department of Health and Human Services, bought $157 million worth of Neupogen® for stockpiles around the country in case of nuclear accident or attack.

Neupogen® is one of several “dual-use” drugs that are being examined for their potential use as countermeasures in nuclear incidents. These drugs have everyday medical uses, but also may be helpful in treating radiation-related illness in nuclear events. Dr. MacVittie and Ms. Farese are continuing their research on other dual-use countermeasures to radiation. They are now focusing on remedies for other aspects of radiation injury, including problems with the gastrointestinal tract and the lungs.

The research builds on 40 years of work that Dr. MacVittie and his team have conducted in the field of radiation research, during which they have helped to define the field. The Neupogen study is also part of a broad portfolio of research being conducted by faculty in the Department of Radiation Oncology. Among these are Minesh Mehta, MD, the medical director of the Maryland Proton Treatment Center, who is focusing on research into thoracic oncology, neuro-oncology, integrating imaging advances with radiation therapy, and innovative applications of new radiation therapy technologies to test biological concepts. Another researcher in the department is Zeljko Vujaskovic, MD, PhD, director of the Division of Translational Radiation Sciences; he is doing research on identifying potential biomarkers predicting individual patient risk for injury, and to develop novel therapeutic interventions/strategies to prevent, mitigate, or treat radiation injury.

“In terms of both research and treatment, our department is leading the way in developing the most effective discovery-based clinical applications to help protect and heal patients,” says William F. Regine, MD, professor and Isadore & Fannie Schneider Foxman Endowed Chair in Radiation Oncology at the UM SOM.

He added that research has served as the foundation for the Department of Radiation Oncology’s recent development of four clinical modalities for the treatment of cancer through radiation:

“The Department of Radiation Oncology’s work is just one example of how the School of Medicine is discovering innovative ways to repurpose existing drugs that are able fight a broader array of critical diseases,” said Dean E. Albert Reece, MD, PhD, MBA, who is also the vice president for Medical Affairs, University of Maryland, and the John Z. and Akiko K. Bowers Distinguished Professor and Dean of the School of Medicine. “We are particularly proud of the Neupogen research as it is not only important scientifically; it is crucial for our country’s public health and its national security.”

Read more about the FDA approval of Neupogen®

The University of Maryland School of Medicine was chartered in 1807 and is the first public medical school in the United States and continues today as an innovative leader in accelerating innovation and discovery in medicine. The School of Medicine is the founding school of the University of Maryland and is an integral part of the 12-campus University System of Maryland. Located on the University of Maryland’s Baltimore campus, the School of Medicine works closely with the University of Maryland Medical Center and Medical System to provide a research-intensive, academic and clinically based education. With 43 academic departments, centers and institutes and a faculty of more than 3,000 physicians and research scientists plus more than $400 million in extramural funding, the School is regarded as one of the leading biomedical research institutions in the U.S. with top-tier faculty and programs in cancer, brain science, surgery and transplantation, trauma and emergency medicine, vaccine development and human genomics, among other centers of excellence. The School is not only concerned with the health of the citizens of Maryland and the nation, but also has a global presence, with research and treatment facilities in more than 35 countries around the world. medschool.umaryland.edu/ 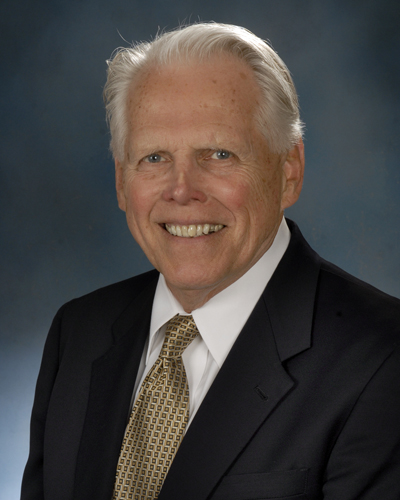 As a result of research performed by scientists at the University of Maryland School of Medicine (UM SOM), the U.S. Food and Drug Administration (FDA) has approved the use of a drug to treat the deleterious effects of radiation exposure following a nuclear incident. The drug, Neulasta®, is one of a very small number that have been approved for the treatment of acute radiation injury.