Curt Civin, MD, Professor in the Departments of Pediatrics and Physiology, Director of the Center for Stem Cell Biology and Regenerative Medicine, and Associate Dean for Research, and at the University of Maryland School of Medicine (UM SOM), was one of two physicians to receive the American Society of Hematology’s (ASH) 2015 Mentor Award, which honors outstanding commitment to the training and career development of early-career hematologists.

The award was established in 2006 to recognize hematologists who have excelled in mentoring trainees and colleagues. Each year, ASH recognizes two outstanding mentors who have had a significant impact on their mentees’ careers and, through this, have advanced hematological research and patient care.

Dr. Civin has had a long, distinguished career. He discovered CD34+ lympho-hematopoietic stem-progenitor cells, opening entirely new directions in stem cell, leukemia, immunology, and transplantation research. He also developed the first successful stem cell therapy emanating from basic research, as proved in his own patients. CD34+ was the first and is still the best marker for hematopoietic stem-progenitor cells.

Dr. Civin received a BA in Biology/Independent study from Amherst College in 1970 and an MD from Harvard University in 1974. After completing his pediatric residency at the Boston Children’s Hospital Medical Center, he did a fellowship in pediatric hematology-oncology at the National Cancer Institute (NCI). He arrived at UM SOM in 2009 after more than three decades at the Johns Hopkins University School of Medicine.

As a longstanding member of ASH, Dr. Civin has served on multiple committees and on the editorial board of the group’s journal, Blood. He has served on the editorial boards of nine other scientific journals and served as editor-in-chief of the journal Stem Cells from 2000 to 2007. He is a member of the American Association for the Advancement of Science, the American Society for Cancer Research and the American Society of Clinical Oncology.

“Curt Civin is not only a superior researcher, he is an exceptional teacher,” said Dean E. Albert Reece, MD, PhD, MBA, who is also Vice President of Medical Affairs, the University of Maryland and the John Z. and Akiko Bowers Distinguished Professor. “His commitment to the next generation has yielded great benefit, and serves as an inspiration to our faculty as a model for combining research, treatment and education.”

About the American Society of Hematology

The American Society of Hematology is the world’s largest professional society concerned with the causes and treatment of blood disorders. Its mission is to further the understanding, diagnosis, treatment, and prevention of disorders affecting blood, bone marrow, and the immunologic, hemostatic, and vascular systems by promoting research, clinical care, education, training, and advocacy in hematology.
www.hematology.org 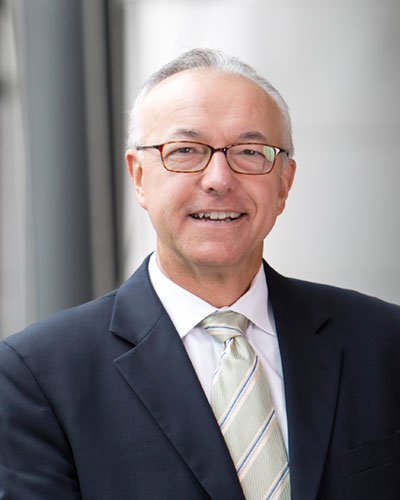 What Does the Future Hold for Gene Editing Technologies?

University of Maryland School of Medicine (UMSOM) will be holding an expert panel today with Harvard Medical School Dean George Daley, MD, PhD, and UMSOM Dean E. Albert Reece, MD, PhD, MBA, to confront the promise and peril of the gene editing technology CRISPR. While the innovative technology holds enormous potential for treating and curing diseases caused by genetic mutations, it is also fraught with controversy as scientists and medical experts debate the full ethical implications of editing the genomes of human embryos to permanently alter the human species.