In his new role, Dr. Colgan will also oversee the UM SOM Mini-Med School, an annual health literacy program that links the school’s faculty with the wider Baltimore community, teaching the public about health issues such as obesity, clinical trials and biobank donation, heart disease and diabetes.

As director of AHEC, Dr. Colgan will be responsible for overseeing a program that supports community physicians and other health providers who provide health care to a range of underserved populations throughout the state. A professor of family and community medicine at the University of Maryland School of Medicine, he also serves as vice chairman for medical student education and clinical operations in the school’s Department of Family and Community Medicine.

“This program is really beneficial to underserved patients around the state,” Dr. Colgan said. “I’m excited to be a part of it. We want to recruit more students to work in areas of need.” He noted that a third of all eligible students at the school now participate in the care of patients in one of the AHEC areas.

Previously overseen by Dr. Baquet, the Mini-Med program, now in its 14th year, has attracted more than 4,000 participants since its inception. It includes a “Mini-Med School for Kids” in the summer as well as extension programs on the Eastern Shore.

Dr. Colgan received a BA from Catholic University and an MD from the Autonomous University of Guadalajara. He was a resident, and then chief resident, in family practice at the University of Maryland Hospital. Last year he was also appointed director of the school’s new Executive Health Program. He is also a colonel in the 10th Medical Regiment of the Maryland Defense Force, the state-organized militia.

Over his career he has won many awards for teaching and volunteer work, including for his efforts in Louisiana in the aftermath of Hurricane Katrina. He has been awarded the Golden Apple for clinical teaching from the American Medical Students Association, several student council teaching awards, has been a faculty inductee into Alpha Omega Alpha, been inducted into the Gold Humanism Honor Society, and was the school’s nominee to the Association of American Medical Colleges for its Humanism in Medicine Award.

Dr. Colgan has focused much of his research, teaching and clinical practice on family medicine. Over his career, he has served as a peer reviewer, board member and editor for several journals, including Maryland Family Doctor, Archives of Internal Medicine and The American Journal of Tropical Medicine and Hygiene. He has published more than 60 peer-reviewed articles as well as two books aimed at medical students, Advice to The Healer: On the Art of Caring, and Advice to the Young Physician: On the Art of Medicine. He has been active in the Maryland Academy of Family Physicians, serving in many leadership roles, including president.

“Richard Colgan has devoted much of his career to improving the practice of family medicine, and to helping those who need it most,” said Dean Reece, who is vice president for Medical Affairs, University of Maryland, and the John Z. and Akiko K. Bowers Distinguished Professor and Dean of the School of Medicine. “This new appointment will allow him to continue this work, helping patients and students. I can’t wait to see what he will accomplish.” 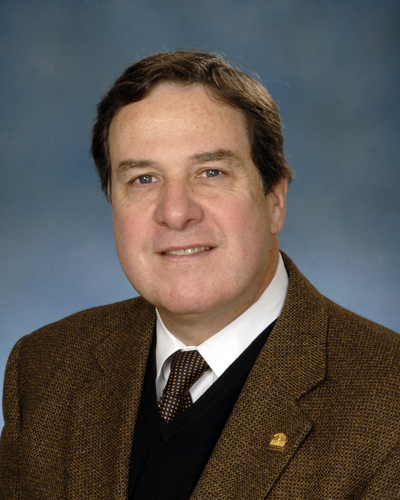