With obesity continuing as a significant public health program in the U.S., one group, in particular, is being affected more than any other segment of the population: African American youths. According to the U.S. Department of Health & Human Services, nearly two-thirds of this group is overweight, compared with 43 percent of white adolescents. Yet this population has received little attention from researchers. Now, a new study by researchers at University of Maryland School of Medicine (UM SOM) points to one promising solution: boosting food flavor with an array of healthy herbs and spices.

The study, led by Principal Investigator Chris D’Adamo, PhD, Assistant Professor of Family and Community Medicine and Director of Research at the Center for Integrative Medicine, was published in the July 9th issue of the American Journal of Health Promotion.

“There’s no doubt that this approach could help to raise the standards of health education in urban public schools. It sets a new example for what is possible,” says Dr. D’Adamo.

Participants were chosen from two public high schools in Baltimore. Both schools are predominantly African-American and most students live in neighborhoods that are in “food deserts” — areas where access to healthy food is very limited. All the students in the study received a few items to make their learning experience possible. Along with a gift card to one of two local grocery stores, students in both study groups were given twelve spices and herbs (cinnamon, black pepper, red pepper, basil, garlic, oregano, thyme, nutmeg, ginger, turmeric, rosemary, and cumin) and basic kitchen tools like hot plates, slow cookers, and measuring cups. The focus of Spice MyPlate was to use the spices to increase the students’ desire and ability to prepare and eat healthy food.

The idea was to use spices and herbs to make healthy nutrition more fun and simple for students — they created recipe ideas and flavor combinations, and participated in how-to cooking sessions, group activities, and educational games. Both groups recorded their dietary intake in food logs. From the beginning to end of the study, the Spice MyPlate group increased whole grain consumption by nearly 23 grams per week, and protein by nearly 8 grams. The standard nutrition education group did not see any significant increases.

The study also found changes in students’ attitudes towards healthy eating. Those in the Spice MyPlate group said they were more likely to eat lean protein and vegetables, and to eat vegetables and whole grains if flavored with spices and herbs.

“Spice MyPlate is an innovation in nutrition education, where group work and creativity merge,” D’Adamo said. “It is a step forward in the national health movement, indicating how small, time-efficient, school-based lessons focusing on spices and herbs can lead to healthier eating.”

The approach is part of a new educational approach that combines collaboration with the community and traditional classroom teaching. The goal is to make health topics more relevant for urban African-American adolescents.

“Today, diet-related disease is the biggest killer in the United States and affects countries worldwide,” said Dean E. Albert Reece, MD, PhD, MBA, who is also the vice president for Medical Affairs, University of Maryland, and the John Z. and Akiko K. Bowers Distinguished Professor and Dean of the School of Medicine. “It is critical that we tackle obesity now. With this innovative research, Dr. D’Adamo has successfully demonstrated how this can be achieved.”

The study was funded by McCormick Science Institute, which supports research on the health benefits of culinary herbs and spices. 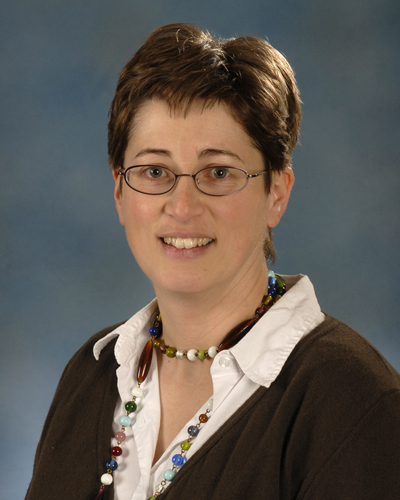 In recent years, public health experts have increasingly explored the idea of eliminating the most dangerous malaria-causing parasite. But they have questioned whether getting rid of this species, called Plasmodium falciparum, would allow other species of the parasite to simply jump into the gap and start infecting humans with malaria.