Dr. Frenkel received his PhD in Agricultural Engineering at the Technion, Israel Institute of Technology in Haifa, Israel in 1999. He then spent four years as a post-doctoral fellow at the University of Maryland Biotechnology Institute in Baltimore, MD and two years as an Imaging Sciences Training Program fellow at the Clinical Center, National Institutes of Health. For the next six years he was a staff scientist at the Department of Radiology and Imaging Sciences at the NIH Clinical Center, and headed the focused ultrasound program.

Dr. Frenkel is the Director of Translational Focused Ultrasound Research and Associate Professor in the Department of Diagnostic Radiology and Nuclear Medicine at the University of Maryland School of Medicine (UMSOM). In these roles, he leads efforts related to the pre-clinical and translational study of focused ultrasound (FUS) within the FUS Foundation-designated Center of Excellence at UMSOM.

Select a project below to learn more.

All our ultrasound applications are rooted in the understanding of how ultrasound energy interacts with biological tissues and using this knowledge for developing clinically important interventional procedures. These investigations include understanding how low intensity nonfocused ultrasound can alter the permeability of skin to enhance transdermal delivery [1, 2]. And the mechanisms involved in employing FUS for improving the bioavailability and delivery and therapeutics in various disease models including solid tumors and acute and chronic blood clots [3]. Examples of these studies appear below (Fig. 1).

Figure 1. Examples of mechanistic studies on ultrasound bioeffects. (Upper left) Expansion of the extracellular space in the upper layers of skin in fish exposed to low intensity nonfocused ultrasound [1]. (Lower left) Modeling of focused ultrasound-induced displacements in skeletal muscle, indicating localized strains generated in the tissue. This type of bioeffect has been associated with structural effects for altering tissue permeability and mechanotransduction for eliciting molecular effects [3]. (Right) Theoretical model of ultrasound-induced ‘bilayer sonophores’, where local disparities in pressure amplitudes can overcome attractional forces within the lipid bilayers of membranes, causing expansion and contractions that cycle with the ultrasound exposures [2].

As described above, a large part of our research projects involves investigating the potential of using FUS for noninvasively enhancing the delivery of therapeutics in various disease models. For these applications, we use pulsed FUS (pFUS) exposures where the bioeffects generated for enabling these procedures are primarily, if not exclusively, nonthermal. In solid tumor models, for example, we have shown that in addition to the reversible structural alterations generated by pFUS for increasing the average pore size of the tissue, we may also be affecting factors in the tumor microenvironment (e.g. high interstitial fluid pressure), which would also contribute to improving the delivery of agents. One example of these studies appears below (Fig. 2). We are currently working on a project using pFUS to enhance the delivery of targeted nanocarriers for chemotherapy in a head and neck squamous cell carcinoma xenograft tumor model.

Figure 2. pFUS-enhanced delivery of a monoclonal (mAb) antibody in a solid tumor model. (Left) Fluorescence microscopy images showing improved distribution of fluorescently tagged mAbs (green) in the tumor that was pretreated with pFUS. (Blue and red color indicate cell nuclei and blood vessels, respectively). (Middle) Image processing results of the fluorescent images indicating improved penetration of the mAbs from the tumor edge (A) as well was improved penetration from the closest blood vessel where extravasation occurred (B) when pretreating with pFUS. (Right) pFUS-enhanced tumor growth inhibition (A) and, consequently, improved survival (B) when the fluorescent tag on the mAbs was substituted with the beta emitter 90Y [2].

We have recently begun pursuing applications of pFUS in brain using a state-of-the-art MRI guided FUS (MRgFUS) system. Using this system, we’ve shown we can improve the dispersion of nanoparticles (NPs) administered locally by convection-enhanced delivery. In a previous ex vivo study, we found that enhanced dispersion of locally administered NPs was associated with expansion of the extracellular (ECS) and perivascular (PVS) spaces. We have also demonstrated the ability to deliver neural progenitor cells to the brain that were administered systemically following MRgFUS (Fig. 3). We are currently pursuing both treatment approaches for enhancing the delivery of cells and therapeutics for the treatment of invasive brain tumors.

In addition to employing the structural effects of pFUS for improving the delivery of therapeutics, we have also been studying the molecular effects generated by these exposures and their potential applications. We have shown that pFUS can enhance the levels of cytokines, chemokines, trophic factors and integrins in a controlled manner, both spatially and temporally. Employing these effects, we found that we can enhance both homing and retention of various types of stem cells (e.g. MSCs) in different anatomical and disease models including kidneys [1] (Fig. 4A, B), skeletal muscle [2], as well as a model of critical limb ischemia [3]. In the latter, we showed we could significantly increase revascularization for improved reperfusion in the affected limb (Fig. 4C). We continue to investigate the mechanisms underlying this procedure, so that we may optimize it and demonstrate its potential for clinical translation.

Immunomodulation
We are looking at pFUS induced molecular effects to elicit immune responses against invasive brain tumors (glioblastomas). These studies are currently ongoing.

Neuromodulation
We are also looking at low energy pFUS for both stimulating and inhibiting neuronal activity as an improved modality over trans-magnetic stimulation. This project is also currently underway.

Traumatic Brain Injury
We have started investigating the potential of pFUS mediated neurogenesis as a method for enhance treatment of TBI in a controlled cortical impact model. 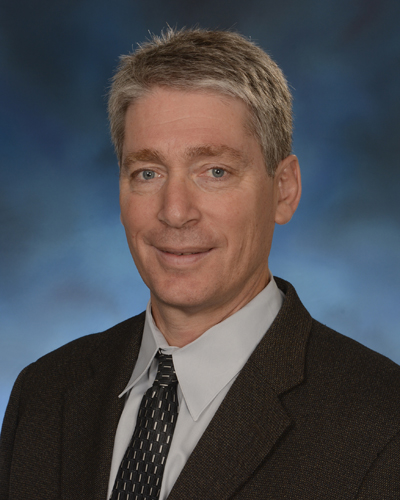 Ali Mohammadabadi, MSc, PhD
Email: ali.mohammadabadi@som.umaryland.edu
Ali received a Bachelor’s degree in 1999 in Mechanical Engineering from Ferdowsi University, in Mashhad, Iran. In 2014, he received his Master’s, also in Mechanical Engineering, from the University of Michigan - Shanghai Jiao Tong University Joint Institute, in Shanghai, China. His thesis research involved the development of a novel technique for nondestructive testing of materials with low acoustic impedance ultrasound. He received his Ph.D. in Mechanical Engineering from the University of Maryland, Baltimore County (UMBC) in December 2019. His dissertation research was conducted in the Focused Ultrasound Lab in the Department of Diagnostic Radiology & Nuclear Medicine, UMSOM. His dissertation project involved investigations on the use of pulsed focused ultrasound for enhancing the delivery and therapy of antineoplastic agents for the treatment of head and neck tumors. Dr. Frenkel was his dissertation advisor and Dr. Mohammadabadi is continuing to work in Dr. Frenkel's lab as a postdoctoral fellow.